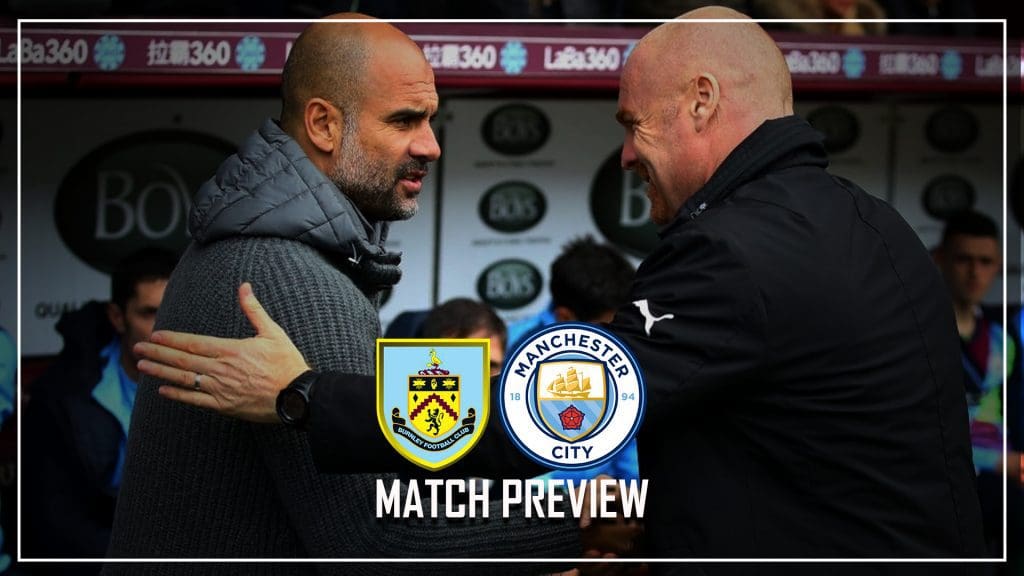 Manchester City looks to extend their 3 point lead at the top of the table; but in their way stand Sean Dyche’s men, as Burnley serve hosts to Manchester City. The game is scheduled for Wednesday, 18:00 local time at Turf Moor.

Burnley’s spirited run of two victories in a row came to an end with a 2-0 loss against Chelsea but the Clarets will take many positives from their recent performances. The Clarets are in the 16th position, 8 points clear of the relegation zone.

After matchday 9, Pep’s side lost 2-0 against Jose’s Tottenham and they played Burnley next on matchday 10. The Citizens thrashed the Clarets and defeated them by 5 goals to nil. Since then, Manchester City hasn’t looked back and haven’t been defeated since. This means that Pep’s team is undefeated in 12 league games with the highlight being that they have conceded only 2 goals in the process.

Predicting the flow of this fixture will not be an uphill task for any Premier League viewer, as two of the most diverse footballing philosophies and style of play will go head to head at Turf Moor.

Just to mention it, expect to see Pep Guardiola’s side dominate a big chunk of the possession, with Burnley to sit back and expect to hurt the Citizens on the counter. Both sides are extremely accustomed to this style of plays and undoubtedly, whichever team’s players implement their manager’s philosophy better, will come on top.

But the real question is – Does Manchester City have the creativity to unlock the well-drilled Burnley defense? And does Burnley have the pace and attacking prowess to hurt City on the counter?

Based on the current form and recent results, I would say – yes and no. Man City have already scored 5 vs Burnley this season and while it would surely be a tedious and patience demanding task, I do believe that Manchester City will find a way through the Burnley defence, and looking at City’s mighty impressive defensive form, I don’t see the Clarets getting past Dias and Stones. But it’s the Premier League and nothing can be predicted. I wouldn’t be too surprised to see Burnley pull off an outstanding performance to stop the Citizens from going 7 points clear at the top of the table.

Shkodran Mustafi and Schalke on the verge of a deal
Transformed & Inspired Newcastle United’s performance against Everton, sign of things to come?
To Top