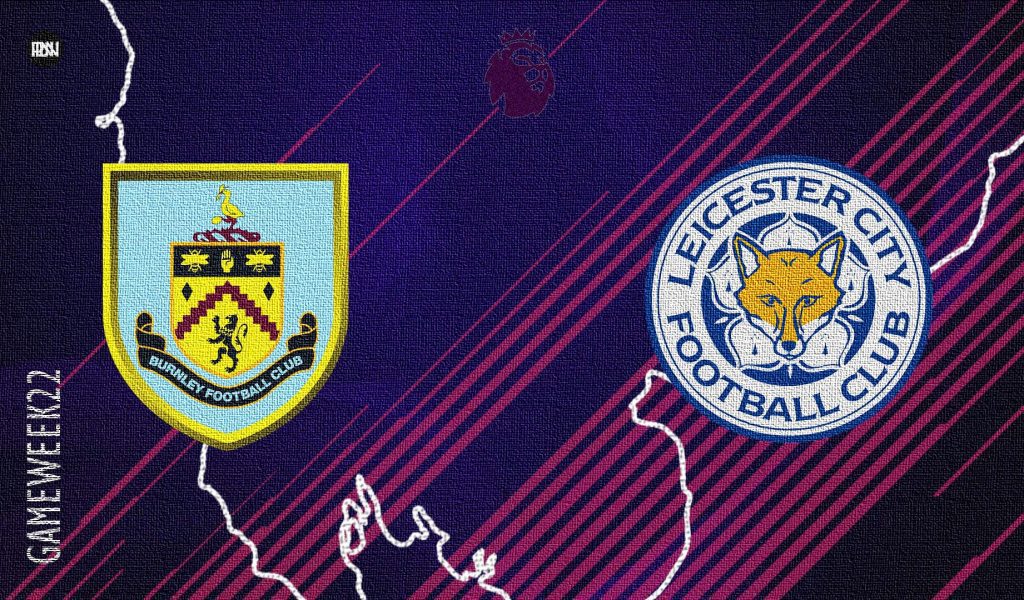 We enter game week 22, and the table is beginning to take shape, with more than half of the season played out. However, there is still a lot of football action, with the race for the European spots and the relegation battle both heating up. This week sees Leicester City travel to Lancashire to take on Burnley.

Burnley were involved in a shock 2-1 defeat in the FA Cup last weekend against Championship outfit Huddersfield Town. It has been a tough few days for the Claret fans, with the loss followed by the departure of their leading Premier League goal-scorer in Chris Wood to fellow relegation candidate Newcastle United. It will undoubtedly be a huge blow for Burnley, unless they are able to invest the rumored £20 million in a new striker. They now turn their attention to the all-important relegation battle, with the Clarets level on points with Newcastle, although Burnley have played two games less. They are 2 points adrift of safety, and every game will be important from now on. Sean Dyche’s men have won only 1 game so far, and as a result find themselves languishing in the 18th place. Burnley have managed to survive in the Premier League for the last 5 seasons, which is why the fans have faith in Dyche’s ability to get results and survive another season. However, their lack of investment in the squad has proven to be a huge factor, and they are now favourites to be relegated along with Newcastle and Norwich.

Leicester City were last in action against Watford in the FA Cup last weekend, winning 4-1 at the King Power Stadium, thanks to goals from Youri Tielemans, James Maddison, Harvey Barnes and Marc Albrighton. Thed defending FA Cup champions’ squad has been hit with Covid and injuries, and they managed to put together a starting 11 last weekend. They now go against Burnley, who like them are severely depleted due to illness and injuries. Leicester City are in hot pursuit of the top 6 teams, as a poor start to the season now sees them a few points behind the European spots. The Foxes currently sit in 10th place, 12 points off 4th placed West Ham United, albeit playing two games less. An almighty effort will be needed from Leicester if they want to haul themselves back into the race, and will need to be consistent from here on out. A win against Burnley would be a step in the right direction.

Burnley have a bit of a selection crisis at the moment, with several players testing positive for COVID-19 ahead of the FA Cup defeat against Huddersfield Town. Charlie Taylor, Matej Vydra, Dwight McNeil, Erik Pieters and Nathan Collins all missed out due to positive tests and will be expected to miss out on Saturday’s game as well. The Clarets are also missing their best player in Maxwel Cornet, with the forward away on international duty with Ivory Coast in the African Cup of Nations. Johan Berg Gudmundsson is said to be close to a return to the squad, although forward Ashley Barnes is still a few weeks away from his return.

Leicester City have similar problems, with a host of players unavailable for manager Brendan Rodgers. Defenders Jonny Evans, Timothy Castagne, Ryan Bertrand, Ricardo Pereira and Wesley Fofana have been ruled out of the game. Along with them, midfielder Boubakary Soumare and veteran striker Jamie Vardy are also set to miss out on the trip to Lancashire. Central defender Caglar Soyuncu is a doubt, and faces a late fitness test. However, midfielder Kiernan Dewsbury-Hall and defenders Luke Thomas and James Justin could be in contention to be selected. There are still doubts over striker Patson Daka’s availability, but Rodgers will hope he is able to feature on Saturday. Along with the above-mentioned players, the Foxes will be without Wilfried Ndidi, Kelechi Iheanacho, Nampalys Mendy and Daniel Amartey, with the quartet away at the African Cup of Nations.

The last few days will have come as a shock to Burnley fans, with the departure of leading goal scorer Chris Wood to relegation rivals Newcastle United. While Burnley got a good price for the striker, they lost one of their best goal scorers, which could be absolutely detrimental in a relegation fight. It is no doubt bizarre that Burnley would sell their striker in the middle of a season, to their relegation rivals, and a lack of presence up top could have essentially sealed the Clarets’ fate. With their star player Maxwel Cornet away on international duty, and a host of players missing, Burnley will have to endure a very tough month ahead now. Goals have been hard to come by for the Clarets and signing Wood could prove to be a masterstroke by Newcastle, killing two birds in one stone.

Now Burnley head into their 18th Premier League game of the season, 2 points away from safety and level on points with Newcastle United. They face a very trick period now, with games against Leicester City, Arsenal, Man United and Liverpool to come in the next weeks. Leicester City have a depleted look themselves, but it will still be a difficult task for Sean Dyche and his men. Every point counts now for the Clarets, and with half a season to go, it remains to see how the Lancashire outfit cope with just one out and out striker available. The lack of presence in the final third was evident against Huddersfield, with only Jay Rodriguez able to offer very little impact, after Wood was taken off at half-time.

Leicester City are stretched in defense, with many players ruled out, but will be hoping their make-shift XI is still enough to take on Burnley. The Foxes have a terrible away record, which could provide some solace for the Clarets in their quest to gain three unlikely points and to get out of the relegation zone. It will be a interesting few weeks ahead, and it remains to see if Burnley are able to invest Chris Wood’s transfer fee into replacing him. As for Saturday, the Clarets know what they have to do, and will be happy to take even a point from the game.

The fit-again goalkeeper will be a welcome return to Sean Dyche and all Burnley fans. He has been their standout performer over the past few seasons and has performed on a consistent basis, never letting his team down. One of the challengers to Jordan Pickford for the England No.1 spot, his performances has caught the eye of many top clubs and they will undoubtedly keep an eye on his situation if Burnley were to be relegated. He was powerless against both Huddersfield goals in their FA Cup defeat, but will hope for a better outing on Saturday. The Englishman kept a cleansheet in their last home game in the league against West Ham United, and will be looking to do more of the same against Leicester City.

Maddison has had a good couple of months and was the best player for the Foxes in December. He has found himself in and out of the team since the start of the season but has started each of Leicester’s last seven games in all competitions. He has scored 4 goals and assisted 3 in the last 6 Premier League games, and has re-established himself as the first-choice attacking midfielder in the Foxes lineup. Maddison has been in fine form recently, and looked at ease against Watford last weekend in their FA Cup fixture, when he scored in the first half, in the Foxes’ 4-1 win at home. The Englishman has come up with big performances on big occasions in the past months, with brilliant displays against Liverpool and Manchester City. The Burnley defense will no doubt be wary of the threat he possess and will be hoping to keep him quiet.