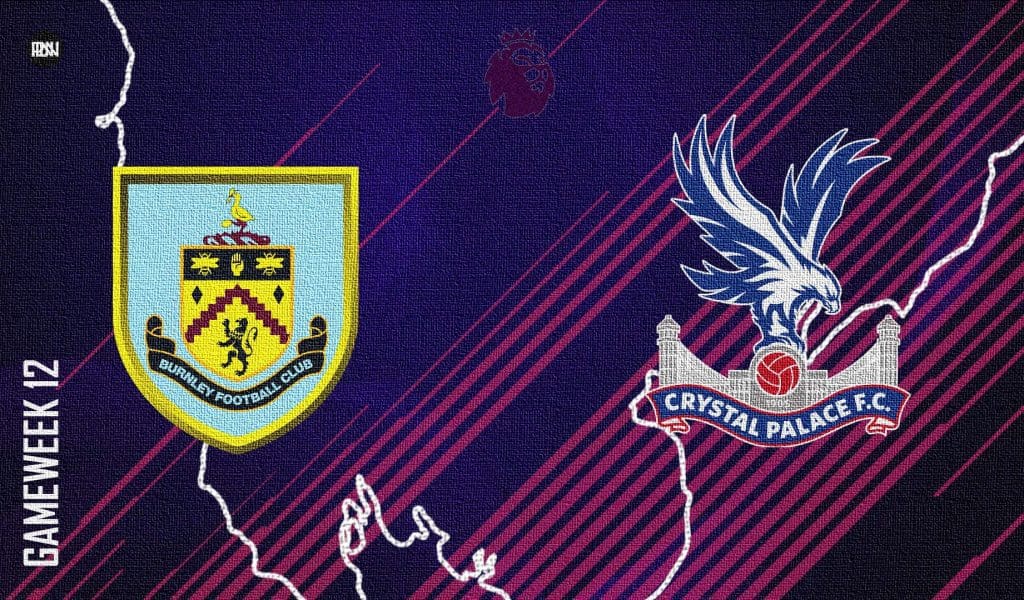 Burnley host Crystal Palace at Turf Moor on Saturday as the Premier League returns to action following the season’s final international break. Fresh on the back of impressive results in their previous outing, both clubs head into the encounter aiming to avoid a disappointing outcome while looking to maintain their winning form going into a demanding fixture schedule.

Following a sombre start to their season, Burnley have finally begun to gain some consistency having lost only one of their last five league games heading into the international break. A comprehensive victory against Brentford followed by an excellent point against Chelsea has caused a wave of optimism within the fan base, with Sean Dyche remaining keen on maintaining his team’s positive run of form on Saturday.

Meanwhile, Crystal Palace continues producing noteworthy performances, having remained unbeaten in six league games before the break. A pompous 0-2 victory against Manchester City followed by another remarkable outing against Wolverhampton Wanderers has taken them to the top half of the table as the London outfit looks to improve their standing by the end of the match-week. The Eagles have been revitalized under the management of Patrick Vieira and will be hunting their third consecutive victory against Burnley this weekend.

Ashley Barnes is unlikely to make the match-day squad after picking up a knock while Dale Stephens remains out of contention for the weekend. Having served as a catalyst to Burnley’s upturn in recent weeks, Maxwell Cornet is, once again, expected to start alongside Chris Wood up-front, making for a dynamic striking partnership on the pitch.

Having cultivated a comprehensive set-up, Dyche is likely to field the same starting line-up that salvaged an impressive point against Chelsea, with Dwight McNeil and Johann Berg Gudmundsson providing the width in Burnley’s emblematic 4-4-2 formation.

Having potentially regained his fitness following a minor injury during the international break, centre-back Joachim Andersen is likely to make the starting line-up on Saturday. Meanwhile, Eberechi Eze continues to regain his match-fitness with the U-23’s but is unlikely to be involved against Burnley.

Will Hughes and Nathan Ferguson remain doubts while Patrick Vieira is expected to stick with his consistent starting lineup this weekend. On loan from Chelsea, Conor Gallagher is expected to be refreshed following his national team debut during the international break and is likely to start behind Odsonne Edouard, Wilfried Zaha, and Christian Benteke in Palace’s 4-3-3 formation.

Having taken the opposition head-on in their recent outings, Saturday’s tie is likely to produce an enthralling battle throughout the entirety of the game. Burnley will look to remain disciplined amidst Palace’s dynamic threat in the attacking third, although the hosts possess a weapon of their own in their ability on set-pieces.

Likely to overwhelm the midfield with numbers, the hosts will be hoping to exploit the space on offer owing to Palace’s semi-attacking full-bucks. Set-pieces and defensive solidity will be vital elements if Dyche’s side are to deliver a positive outcome on Saturday. On the other hand, Vieira will be keen to exploit Burnley’s defensive full-backs. Given the team’s high-spirits and their frontlines’ dynamism, Palace are likely to pose a greater offensive threat than the host this weekend.

Provided both managers manage to develop a rigid defensive structure, a draw could provide a vital point for both sides. However, with several clubs in a tight space across the table, three points could prove to be invaluable for both teams heading into a relentless set of fixtures.

The team’s most conspicuous threat on the pitch, Cornet has been vital to Burnley’s successes in recent outings. The Ivorian has registered three-goal contributions in his last three starts for the Clarets and will be vital to their attacking prospects against Crystal Palace this weekend.

Cornet’s pace combined with his finishing ability is likely to threaten Palace’s otherwise formidable defensive set-up, while his partnership with Chris Wood could cause further problems for the visiting side. When in possession, the hosts are likely to stretch the opposition and look for the Ivorian in the attacking third.

A major contributor to Palace’s outstanding start to the campaign, Gallagher has unwaveringly warranted a place in the starting line-up. The midfielder’s cumulative displays have been pivotal to the Eagles’ positive results, having already registered eight goal contributions this season.

With Burnley expected to dominate the midfield numbers, Gallagher’s box-to-box ability combined with his attacking instincts could be a determining factor in Palace’s overall display on Saturday. Provided he displays yet another noticeable performance, Gallagher is likely to contribute to the visitors’ scoresheet at Turf Moor.