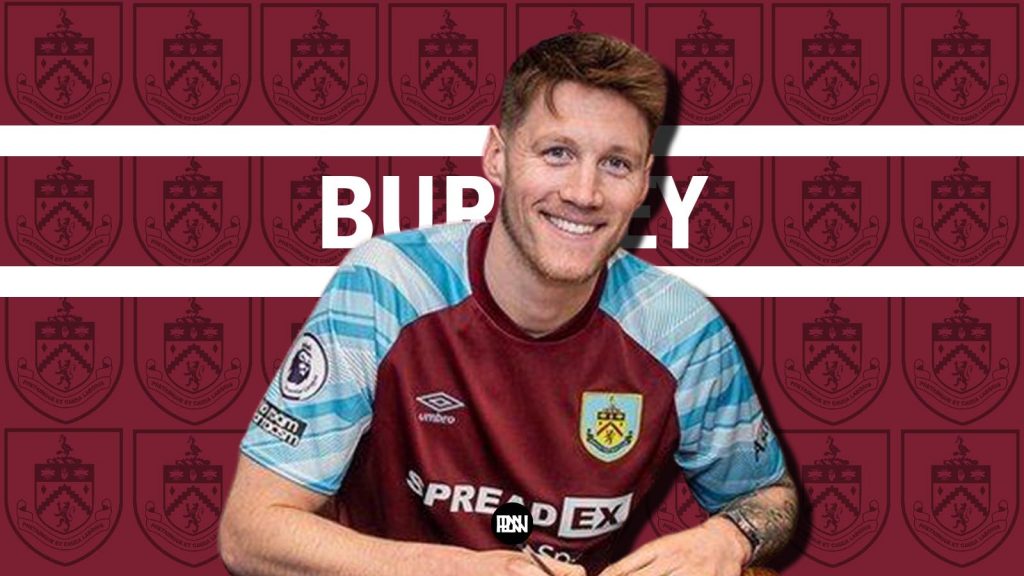 Burnley have signed Wout Weghorst from the Bundesliga outfit, VfL Wolfsburg for a reported fee of around £12m.

Since Woods’ departure, Sean Dyche started a sweep search for a striker of similar sorts. He wanted a player with a good CV, who has a knack for scoring goals. Jumps the tallest to head the ball. Have got the legs to outrun the defenders.

Well, the Dutch striker checks all these boxes. Wout Weghorst, is a star man at Wolfsburg. Moreover, he is the one to call upon when the team needs saving. So, there seem to be no shocks as to why Burnley have pushed on with the in-form striker’s signing.

Weghorst was amongst the few, who charmed the entire country in his debut season. In the summer of 2018, the Dutch striker joined Bruno Labbadia’s Wolfsburg from AZ Alkmaar. The media called it a “stellar signing”. For a striker who boast a record as elite as Weghorst did, at the time, it was all too easy. Wout Weghorst brought with him a record of 45 goals in 86 appearances during his time in the Dutch league.

It was a dream debut for the Dutch goal scorer. And it would have been the same for any player in the world. His sensational tally of 17 goals and 7 assists in just 34 league games earned him the title of the “goal-scoring machine”. Not only this, but it also helped Wolfsburg book its place in European football that season. Although Labbadia’s side were threatened by a relegation scare, no one saw the threat the Dutch Striker posed. No doubt, Wout Weghorst soon rose to the ranks amongst Wolfsburg’s elite.

In the subsequent seasons, he developed into the role of the target striker for the wolves. Known for his one on one strength against the defenders, and his runs behind the backline. Weghorst is a poacher when it comes to scoring goals. The stats are enough to deny any arguments that say against it. He has played in 3 whole seasons for Die Wölfe, having scored a total of 73 goals and assisting another 21, in 120 games throughout all the competitions. A goal-scoring machine, indeed!

What makes Wout Weghorst such a threat in front of a goal?

From Van Nistelrooy to Roy Makaay. Dutch strikers with different mindsets have donned the German top tier football. While it is not a given that you have to perform at the same level as your national superstars, once did. Yet a set tag is put in front of your name, whenever you set forth on the pitch to play. The Dutch land has produced some of the great footballers, to have ever played the sport.  So in order to keep up to that level, in the modern-day; well, you have to give the credit where it’s due.

Totaalvoetbal (as the Dutch call it) or Total Football is a tactical development that mainly allows players to take up any positions in the squad. Basically, say you are a striker. So, you can play on either side of the wings. Or even, help your team in the midfield according to the demand of the situation.

Its rise was seemingly seen in the early 20th Century, from the rich lands of the Netherlands. Even in modern-day, producing players like Suarez – Uruguayan got used to the tactic during his early days at the Ajax Football Club.

No wonder, Weghorst has the style of play reflective of that of an Unorthodox Dutch Striker. This peculiar skill not only makes him hard to mark, but it also gives him an extra yard of space than his opponents. And so far, it has worked the trick for “the unorthodox goal machine”.

How will he fit in Sean Dyche’s squad?

However, scintillating maybe his past records. The Dutch striker’s core will be tested here, in the Premier League- one of the best leagues in the world right now. While for Sean Dyche & Burnley, it is a bargain. Weghorst should not find it hard to adapt to the new environment.

Sean Dyche sets up his side with two strikers upfront. But with the inclusion of the in-form Dutch striker, it is subject to change. Seeing Weghorst’ effectiveness as a target striker upfront, it shall come as no surprise if we see a couple of tactical changes within the squad. Mainly a change upfront, with either Rodriguez, Vydra or Cornwell playing as a second striker to the Dutchman. Giving room and space aplenty, for the new signing to work with.

Meanwhile, for Weghorst, it is Deja vu all over again! He has done it once. Relegation-threatened, The Claretsknow there’s no one better to have in this position. But, can the Dutch deliver it again. It is not long before we shall be seeing it. Weghorst has already scored 7 goals this season, for Wolfsburg. Fans at Turf Moor will be hopeful that the striker continues with the same form, here in the Premier League. 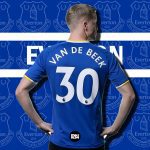 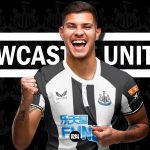 Bruno Guimaraes to Newcastle United – The Breakdown
Leave a comment