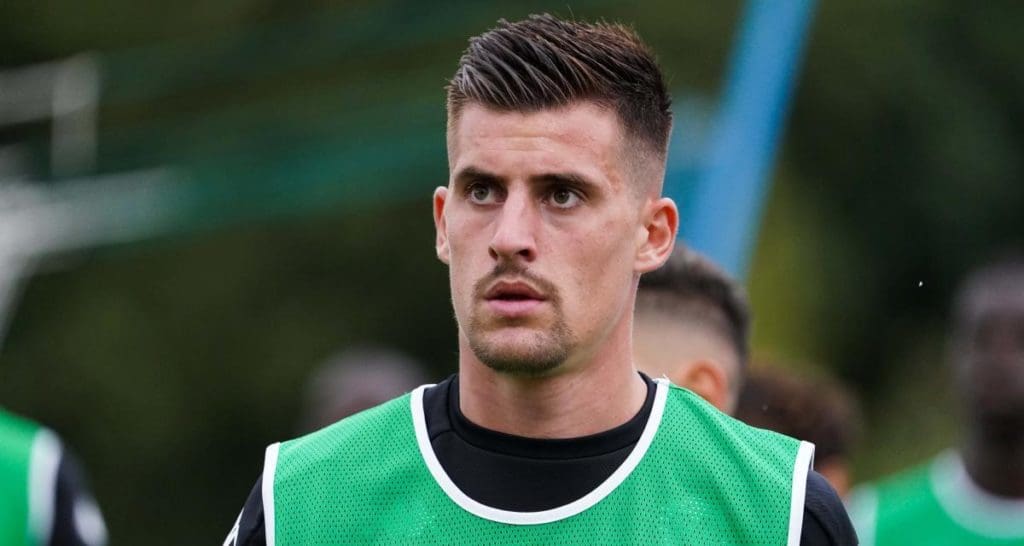 As per RMC Sport, via Daily Mail, Burnley are reportedly in talks to sign Angers midfielder Baptiste Santamaria. It is believed that the midfielder was the subject of an unsuccessful £12 million offer by Aston Villa last year.

Tottenham and Everton were also targeting the Frenchman but Burnley are said to be the frontrunners for his signature this summer.

The youth exponent from Tours has been Angers most consistent player since joining the French club side in 2016. The former winger has an outstanding dribbling skills and the ability to move up field with the ball at his feet.

Adapting into a defensive midfield role after joining Angers, he has impressively shown the capability to shield the defense with intelligence and good reading of the game.

His strengths are notably his ability to spread the ball with precise long pass, tackle often and switch play easily even under pressure.

Santamaria’s passes are mostly centred around playing simple one time pass to the more offensive players ahead of him, and keeping the flow of possession rolling quickly, most especially during counter attacking period.

His passing accuracy and simplicity has made him a prime source of distribution from the midfield position, which is evident in his passing stats last season, amassing 81.5% pass success rate.

His defensive capability are glaring, looking at his incredible 3.3 tackles per game, 1.5 interception per game and 1.2 clearances per game.

Since making his debut for Angers in 2016 summer, he has amazingly missed just seven league games till date. No outfield player in Ligue 1 has missed fewer in that period.

His work-rate has been praised to be similar to Chelsea’s midfielder and compatriot N’Golo Kante who was also signed from the French league by Leicester City in 2015.

The Clarets would be hoping to conclude a deal with Angers for the ever consistent midfielder, who could follow the footstep of his compatriot Kante in terms of adaptation, consistency and high catching performances in the Premier league next season.