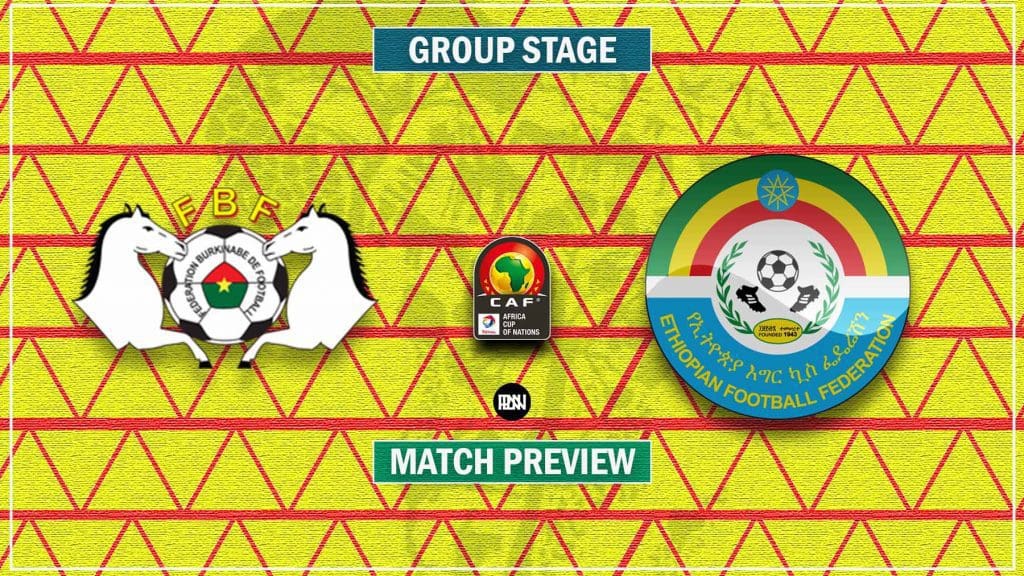 Burkina Faso were gifted a lifeline to stand a chance of qualifying from Group A after beating Cape Verde in their second group game in the ongoing Africa Cup of Nations.

The Stallions will now face Ethiopia in the last group game on Monday, January 17 as they looked to cement their place in the knockout stages.

Hassane Bande was the match-winner in the game against the Blue Sharks as Burkina Faso recorded a 1-0 win to earn their first three points.

Ethiopia’s tournament seems all over following a demolishing defeat to host nation, Cameroon in their last game. The Walyas were on the receiving end of the first four-goal scored in the competition as braces from Karl Toko Ekambi and Vincent Aboubakar ensured a 4-1 victory for the Indomitable Lions.

The last group game is crucial for Burkina Faso considering they are levelled on points with Cape Verde, who face Cameroon in their last game.

Burkina Faso have a number of injuries to worry about ahead of the important clash against Ethiopia. Captain, Bertrand Traore is yet to recover from testing positive for coronavirus. He missed the win over Cape Verde last week and will see out this game as well. Dango Ouattara, Saidou Simpore and Soumaila Simpore are doubtful for the game but their presence has not been ruled out.
Bande, who came in and scored as the replacement for Traore should keep his place in the team for the game against Wubetu Abate’s side.

The one-time  AFCON champions have no injury concerns for the upcoming game while Yared Baye, who received a red card in the opening game is set to return to the team after serving his game ban. With no chance left, Abate will look to give opportunities to some players who are yet to receive any appearance in the competition.

Burkina Faso stands out as favourites in this game but they will have a lot to do to get past Ethiopia with ease. A tactically disciplined side, Ethiopia’s lack of goals has been due to their failure to take their created chances. Abate’s side have put on a good show in their opening two games, creating openings and clear cut opportunities but failing to take them.

Burkina Faso were clinical with their only big chance against Cape Verde, and if that feat will be followed, they could be gaining six points from three games. Traore’s absence may be a worry, but it should Kamou Malo’s team the needed confidence to play collectively on the attack.

Aston Villa may not be missing Bertrand Traore after all following their return to Premier League action saw them record a dramatic 2-2 draw with Manchester United. However, on the path of the player, he may not be having a spot tournament. The 26-year-old has just one appearance and will miss the third group game due to testing positive for covid. With regards to goal contribution, Traore has just one assist and a knockout qualification could see him return to action.