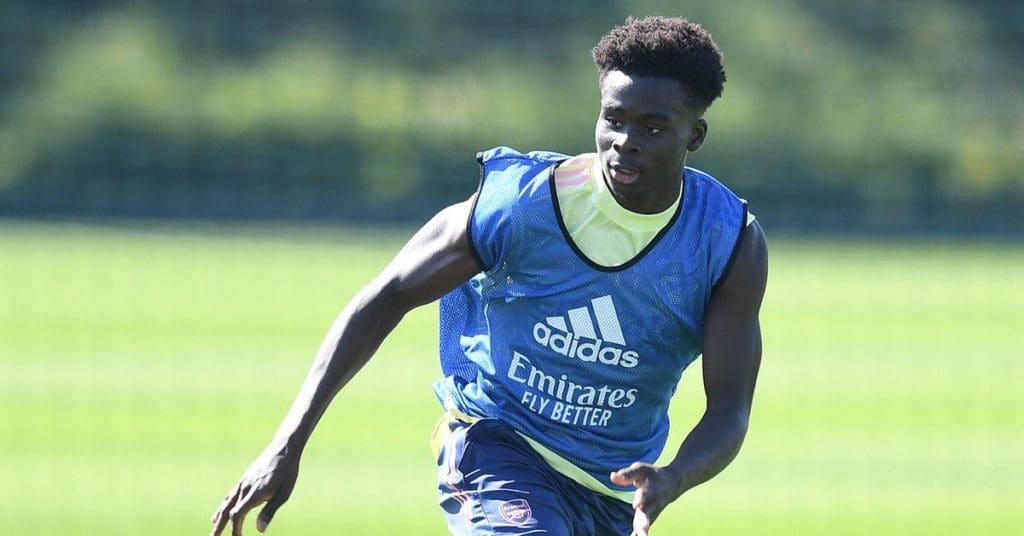 Arsenal have announced that youngster Bukayo Saka has signed a new long-term contract at the Emirates Stadium.

The north London club had been in negotiation stages with the player for quite a long time with his previous deal expected to end in the summer of 2021.

Liverpool and Manchester United were both rumoured to keeping tabs on the 18-year-old, and the club will now be relieved after he committed his future to the Gunners.

Mikel Arteta told Arsenal’s official website: “Bukayo is a talented and intelligent young player. He has impressed me with his work ethic and attitude to learn and adapt, and it has paid off in his performances.

“I am excited to continue working with him to develop him further, and for him to help us achieve our goals.”

The club’s technical director Edu added: “This is something everyone involved wanted to happen and we are delighted that Bukayo has signed a new long-term contract.

“He’s making great progress and is one of a number of young players who have developed through our academy. This is so important for us as we move forward as a club.”

Saka has been with the club since age eight, and was promoted into the first-team squad by former manager Unai Emery midway through the 2018/19 season.

He made his debut when Arsenal played Qarabag at Emirates Stadium in the Europa league last season.

The teenager is on some good run of form this season, recording 11 assists for Arteta’s team. By so doing, he has become the first teenager to register double figures in assists since Cesc Fabregas in the 2006/07 campaign.