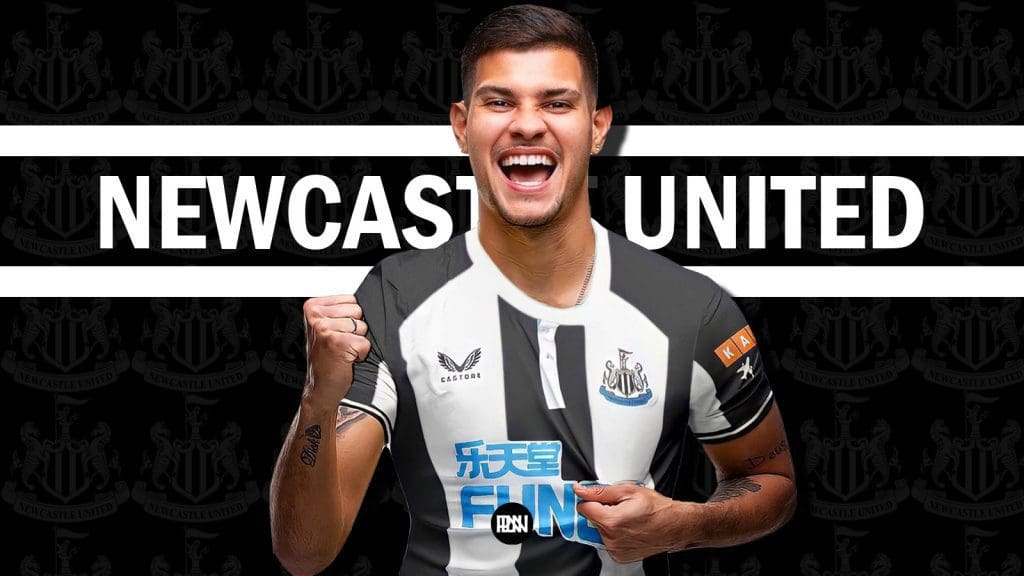 In what has so far proved to be a busy window, especially in the bottom half of the table. Deals are being wrapped up left, right & centre but the clubs aren’t done just yet. Without further adieu, let us now shift our focus to Tyneside, where Newcastle United have had a busy window to say the least. The new ownership at St. James’ Park had promised a cultural rebuild at the club. When the Toons took the lead against Chelsea in the first game of their new era, belief skyrocketed. What followed was a reality check as the Toons went on to get battered later in the game. Their abysmal form over the Christmas period reiterated the need for reinforcements, something which the Toons have seemingly done well.

The Magpies have bolstered their squad with some high profile names in their bid to survive in the Premier League. Newcastle’s new owners have gone all out in their first transfer window at the helm, having already spent over 90 million pounds on 5 signings, with 1 deal still in the pipeline. Eddie Howe has brought in Kieran Trippier from Athletico Madrid & Dann Burn from Brighton to bolster his defence. The Magpies have signed Chris Wood from fellow strugglers Burnley to strengthen their attack & have also reached an agreement for the signing of Matt Targett on loan from Aston Villa. But the player we are going to look at is the Brazilian International, Bruno Guimaraes, who has joined the St. James’ Park outfit from Lyon.

Who is Bruno Guimaraes?

Bruno Guimaraes is a 24-year-old Brazilian midfielder who made a name for himself at Lyon in Ligue 1. Bruno caught the eyes of European scouts during his initial days at Athletico Paranaense in Brazil’s top flight. The player had offers from various European heavyweights but chose to put on the Lyon jersey as he signed for the French giants in 2020. To be honest, he has never looked back since.

Bruno was born in Brazil & he certainly plays like a Brazilian. His playmaking ability, while playing as a defensive midfielder is something worth mentioning. His ability to distribute the ball with immense accuracy, often switching play between the wings by pinging balls all over the pitch. Currently, Newcastle, except Shelvey, don’t have a midfielder who can ping long balls accurately, something which Bruno can do with ease.

As a player who is tasked with holding the midfield together, Bruno’s tackling has also earned laurels across the footballing world. He has made the highest number of tackles in a Lyon side who are struggling in Ligue 1 & been the sole shining light in their underwhelming campaign. One of his best traits includes his ability to receive the ball from the defenders & play balls in between the lines, bypassing the opposition midfield & creating goal-scoring opportunities for the forwards.

In spite of his primary role being a defensive Number 6, he doesn’t refrain from wandering forward, driving from a deep position & joining the attack. Something which the player excels at is breaking down a block, often playing balls in behind the opposition’s defence just like a Number 10/ attacking midfielder. His footwork, tenacity, aggression & most importantly leadership is something that will help the Magpies in their bid for survival.

Where does he fit in at Newcastle United?

Bruno Guimaraes is nothing short of a blockbuster signing for the Magpies & their new owners. A player who has been touted as one of the best deep-lying midfielders in the French league, Bruno had suitors from all over Europe with clubs of the stature of Arsenal & Juventus but the Brazilian made the choice to join the North England giants. It’s tough to imagine how a player of  Bruno’s calibre decided to join a relegation battle instead of possibly competing in title races elsewhere. Let’s dive into it.

Newcastle were in dire need of a holding midfielder during the window. With Issac Hayden & Jonjo Shelvey the only 2  players who can possibly play as a Number 6 in a 3 man midfield. Hayden’s out injured & Shelvey is no longer a player who can carry a midfield on his back. Bruno Guimaraes is a player who can possibly act as an anchor for the Magpies midfield for years to come & be the talisman of their new project.

Eddie Howe likes to set his team up in a 4-3-3 formation. The midfield consists of one holding midfielder accompanied by  2 box to box midfielders as Number 8s. Currently, the Toons are playing a midfield 3 of Jonjo Shelvey, Joelinton & Joe Willock with Shelvey as the 6 & the other 2 as the 8s. When in possession, Shelvey drops in to receive the ball of the centre backs & Joelinton & Willock push forward to link up with the wingers. Although both Joelinton & Willock are great at making late runs into the box & linking up with the likes of Fraser & Saint-Maximin, they have underperformed massively. Their latest victory over Leeds was down to a brilliant free-kick by Jonjo Shelvey & they were overrun in the midfield by Bielsa’s men. This is something that Bruno can possibly fix.

Bruno is deployed in a midfield pivot, shielding the Back 4/3 at Lyon or he’s deployed as the lone defensive midfielder in a midfield 3. At Newcastle, the player will most certainly play at the heart of the midfield 3 with 2 out of Shelvey, Joelinton & Willock acting as the Number 8s. With Saint Maximain & Fraser on the wings, Newcastle’s defence is likely to be a rejuvenated one with the likes of Trippier & Cash on either flank with Dann Burn alongside Jamal Lascelles as the Centre back partnership. And with Chris Wood up top, on paper, this team certainly has it in them to survive in the league this season.

What next at St. James’ Park?

After signing a 50 million pounds midfielder, the mood around the club is full of optimism. With Dann Burn, Kieran Trippier, Matt Targett & Chris Wood, the Saudi ownership have “splashed the cash” to say the least. A team with such talented individuals is going to have immense pressure on their backs as this squad is by far the most talented squad that the Newcastle faithful have seen in a long time. A young manager like Eddie Howe now has a momentous task on his hands. He needs to integrate his new arrivals into the 4-3-3 formation & hope that they hit the ground running as soon as possible. A promising future awaits the Newcastle faithful after years of mismanagement. The owners have made it clear that they won’t back down from investing huge amounts of money into the squad if the club manages to survive in the League this season.