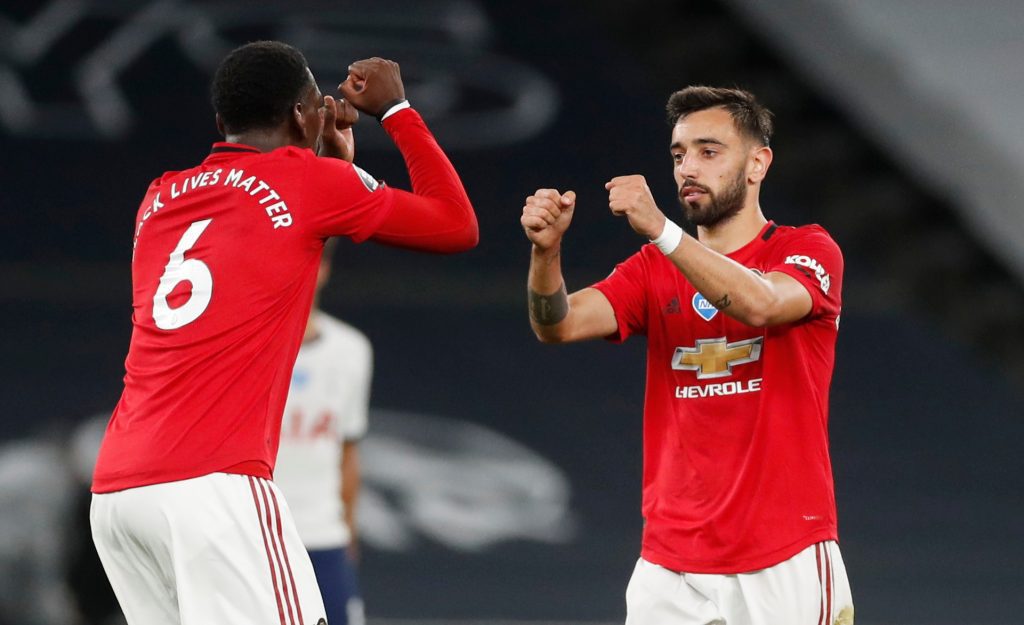 We all have talked endlessly about Like Shaw’s enhancement with the arrival of Alex Telles in Manchester United. But what we haven’t discussed is the impact of Bruno Fernandes on Paul Pogba. What Telles has been to Shaw; Fernandes has been to Pogba.

Paul Pogba, as we all know, is a guy who would leave no stones unturned to come into the limelight and be called the best player for his team. However, this has not been the case for Pogba after Bruno Fernandes’s arrival. The Portuguese stunned the world by surprise by settling down pretty easily and England and having an impact since day 1.

At the present time, Bruno has contributed in 34 goals in 33 games that he has played for Manchester and doesn’t seem to stop. This definitely would instill a sense of impotency within Pogba because of which the Frenchman started working hard in training, the result of which is now fruiting up.

Paul Parker had a say about Pogba’s improvement because of Bruno Fernandes.

“In 2020 he was playing in the shadow of Fernandes and that will have dented his ego,” Paul Parker told Eurosport. “Pogba was signed for a big fee; his marketability and profile – as well as his playing ability – suited Manchester United.”

“But the best profile you can ever have is to be an excellent footballer, and while Fernandes came in with a much lower profile, his status has outgrown Pogba’s and for the right reasons: he’s at the top of the tree for being brilliant.

“And you can’t beat competition. In any industry, if competition comes along and you just sulk about it, then you’re not going to survive. You have to improve to get respect.

“Fernandes quickly became the key man when he arrived and it became Manchester United and Fernandes, not Pogba. It was Pogba before for the wrong reasons, now it’s Fernandes for goals and assists.

“United need that from Pogba now to challenge for the title, for him to not drop below a 7/10 in any game.”

Paul Pogba’s improvement has come in at the right time for United and if they are to win the title, PogBOOM has to work more often than not. The time is right and the ask is high for Pogba to work his enigma on the field.