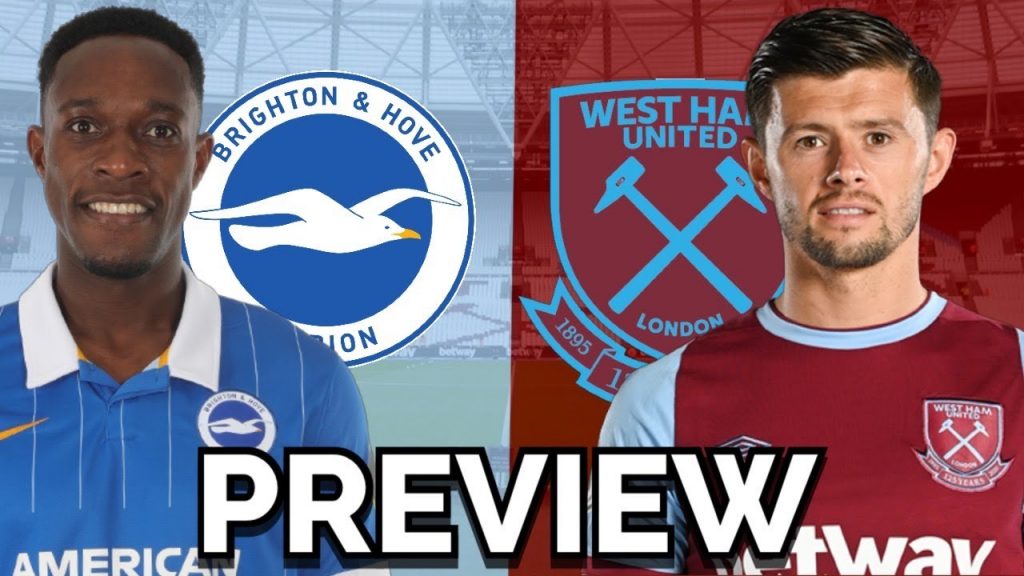 West Ham travels to the Amex where they will face off against Brighton & Hove Albion in a Saturday evening encounter.

The Hammers sit in fifth, six points behind fourth-placed Chelsea and will be hoping to win this game in order to keep their top-four hopes alive. West Ham have not been in good form recently, losing three out of their last five games in the league and also picking up two red cards (one of which has been overturned) in two of those losses. Their last game was a 1-0 loss to Everton at home which severely dented their hopes to finish the season in a UEFA Champions League place. It was a frustrating game for the Hammers in which they kept the ball for the majority of the game with 68% possession and also fired 11 shots at Everton’s goal but not a single one of them on target.

Brighton on the other hand, sit in 17th place and can breathe a sigh of relief as their stay in the English top-flight has been confirmed for another season as all of the three relegated teams were confirmed last week with Fulham, West Brom, and Sheffield United all going down to the Championship. The Seagulls have been in an inconsistent form, losing two, drawing two, and winning once in their last two games. In their last game, they lost 2-1 against Wolves and also picked up two red cards in the same game. They did win their last home game which was against Leeds United and have never lost a Premier League game against West Ham to boost their confidence.

The Seagulls will remain without both Lewis Dunk and Neal Maupay are both serving two-match suspensions after being sent off in the loss to Wolves last time out.

In terms of injuries, Joel Veltman and Davy Propper are unlikely to play the fixture against Hammers. Meanwhile, Tariq Lamptey and Solly March are set to miss the remainder of the season.

David Moyes confirmed on Friday that Declan Rice is set to return to action on Saturday, providing a massive boost to West Ham. Mark Noble and Arthur Masuaku remain doubts for the Hammers and will need to be checked upon before the game time in order to confirm their positions.

On the other hand, Aaron Cresswell was forced off with a dead leg in the weekend loss to Everton, and Moyes is optimistic that he will be fit enough to start here and Manuel Lanzini is expected to miss out.

Leicester City in pursuit for PSV starlet Noni Madueke
Premier League 2020/21 – Top 4 race: Who gets in?
To Top