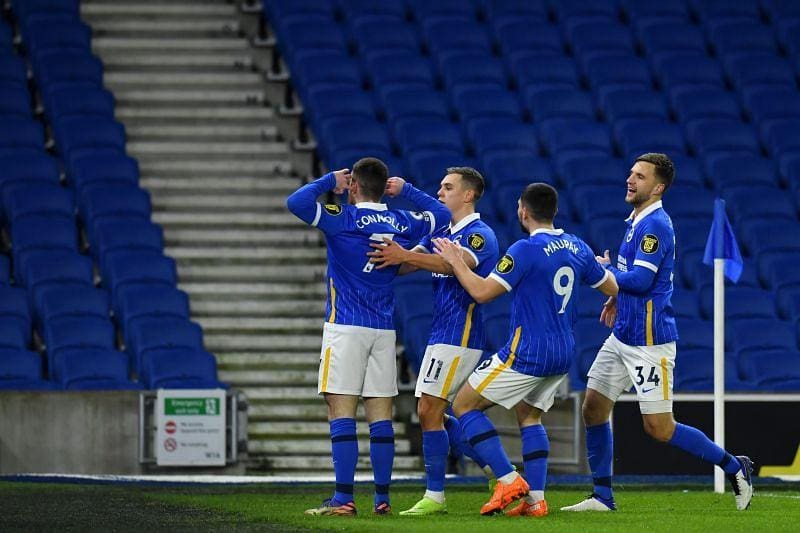 It’s been a weird season for Brighton & Hove Albion as they find themselves languishing in 17th just three points above the relegation zone inspite of performing far better than those immediately above them. They have been relatively solid in defense when compared to other relegation-threatened teams and have created chances that can be easily compared to the likes of a mid-table Premier League side.

However, their inability to put those chances to bed has been disappointing, to say the least, and that’s what has cost them dearly. Graham Potter Brighton’s side will now visit Etihad to face Pep Guardiola and his Manchester City side in a bid to secure some points against a difficult opponent.

Here’s the Brighton predicted XI vs Manchester City we believe Potter would use:

Jason Steele did really well to save four penalties in the penalty shootout against Newport in the FA 3rd round fixture, however, his performance in the match wasn’t as impressive, to say the least, and he shouldn’t be challenging Robert Sanchez’s starting spot.

The back three have been the consistent part of Graham Potter’s plan, both, in terms of performances and selection. And we would expect him to go with the same back three of Dan Burn, Lewis Dunk, and Adam Webster. Though their young star, Tariq Lamptey would be unavailable for selection for Graham Potter, with the former Chelsea graduate out with an injury.

Yves Bissouma and Adam Lallana are both unavailable for selection as the former Lille man is suspended after racking up five yellow cards while the Englishman is out injured yet again in what has been a frustrating first season at Brighton after signing for free from Liverpool in the summer as he has again faced various setbacks due to injuries.

With yet another free signing from Watford, Danny Welbeck unavailable due to injury, and Aaron Conolloy being unavailable for selection too, it’s a pretty straightforward lineup to pick for Potter with Leandro Trossard, Neal Maupay and Alexis Mac Allister expected to start.