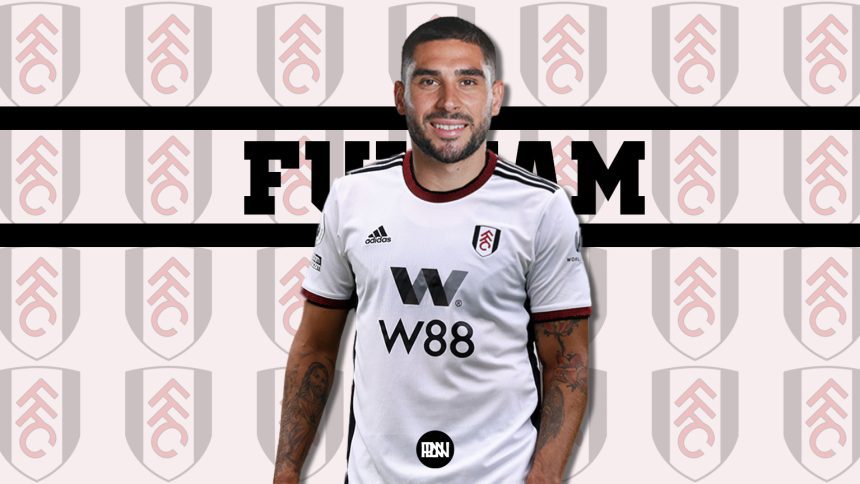 Brighton & Hove Albion striker Neal Maupay is close to securing a move to Fulham. The French striker has been linked to a multitude of clubs in the Premier League and was poised with a move to Nottingham Forest. However, Fulham have now emerged as the favorites to sign the 26-year-old.

The reported fee is £15 million and Maupay’s 3-year spell with the Seagulls could be over sooner than later. Marco Silva’s side already boasts Aleksandar Mitrovic in their ranks – and he has made an excellent start to the season. Adding Maupay will undoubtedly rise the stakes as Fulham are looking to avoid the drop this campaign. So, what will the former Nice striker bring to the table?

Maupay signed for Brighton for a fee of £20 million. He scored 25 goals and provided 8 assists during an excellent season for Brentford in the championship the year before. The Frenchman is a traditional number 9 who frequently puts the finishing touches and is renowned for his outstanding awareness in and around the box.

Stepping up from the championship to the Premier League is a whole different setup. However, Maupay had an admirable first season, as he finished with 10 goals in a Brighton side that only scored 39 all season. He was undoubtedly the team’s talisman and impressed the fans.

Like a typical number 9, Maupay likes to occupy the space between the fullbacks and the center-backs. His awareness is the six-yard box is second to none, and he has scored several goals off a rebound as well. 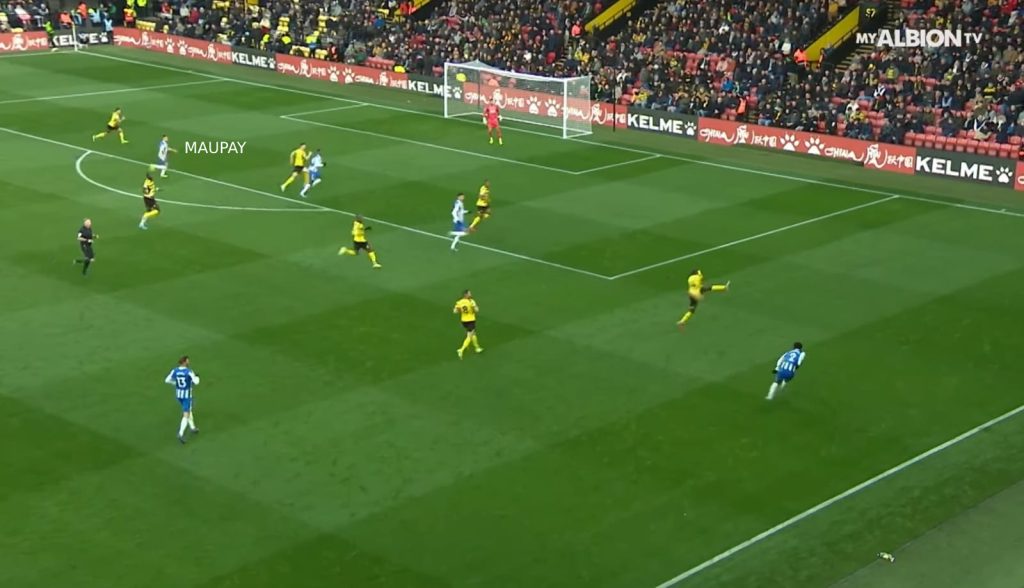 Here (below picture), the ball is played out wide and the 26-year-old senses an opportunity. While the defenders concentrate on two of Maupay’s teammates, he realizes that he has the time and the space to arrive at the box unmarked. 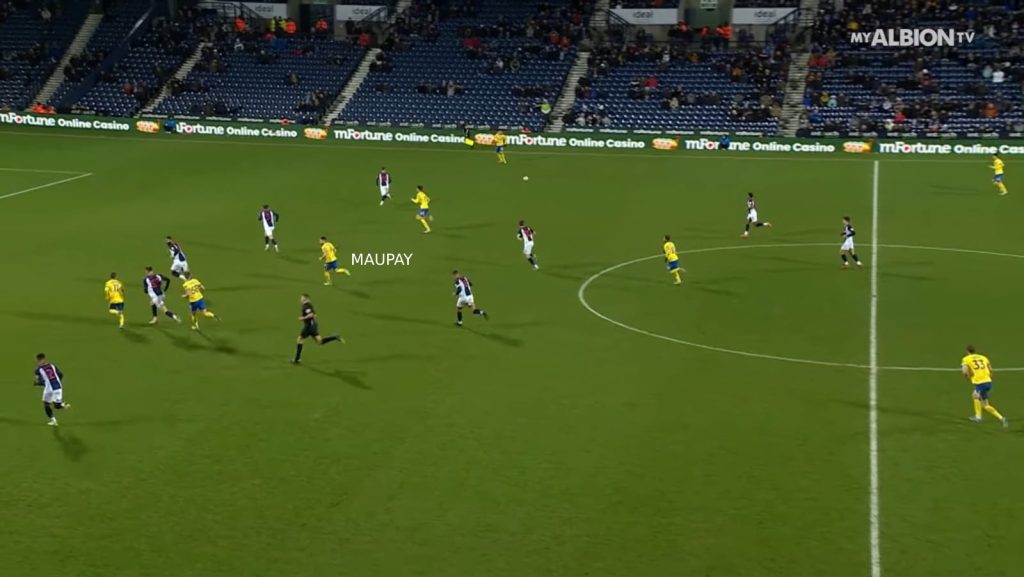 And that is exactly what happens. He perfectly aligns his body to take a first-time shot and finishes off the move in style. This sneaky ability could be suitable at Fulham if Marco Silva uses him alongside target man Mitrovic. 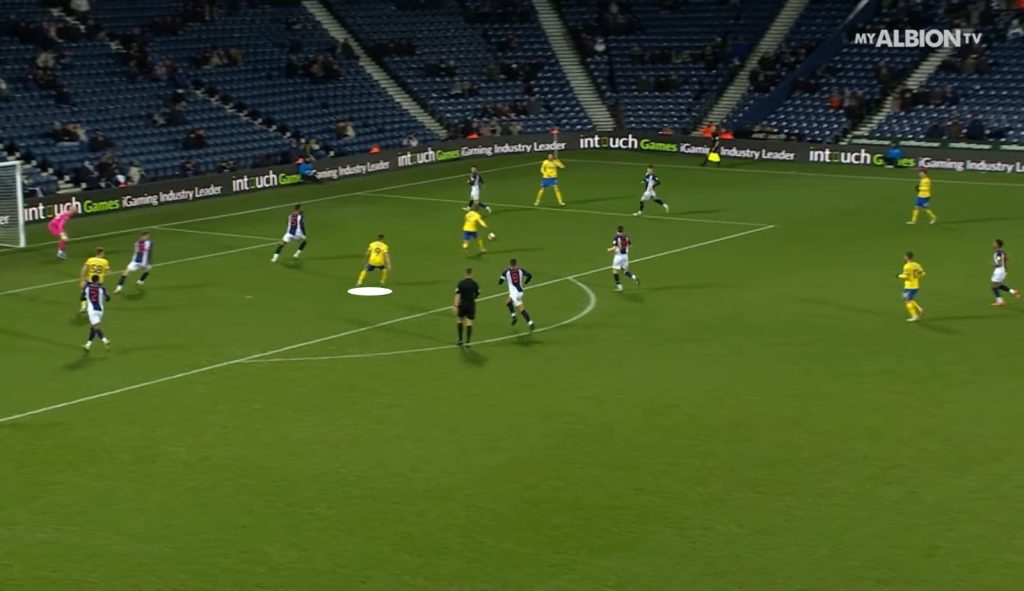 Speaking of linkups, this is an instance in which he deftly dummies and runs in behind the defence. Although his skill in the box is well known, his awareness allows him to score a variety of goals.

Maupay has been Potter’s go-to man for scoring goals in his first two seasons. Part of this comes from his ability to target space in the 6-yard-box. Against Burnley last season, he starts his run from the left side and bends inside to the blindside of the defender to score a tap-in. Typical striker instinct! 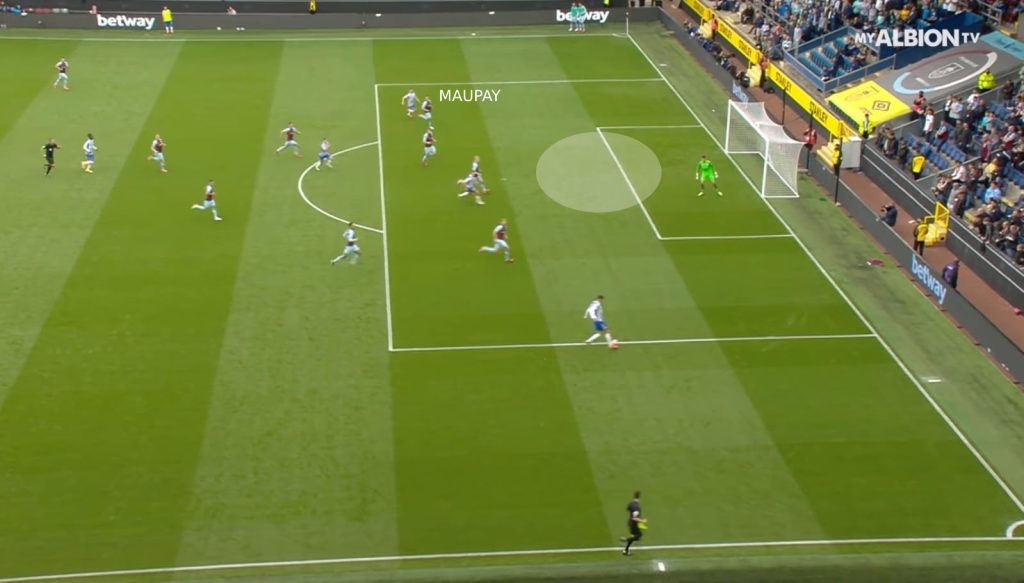 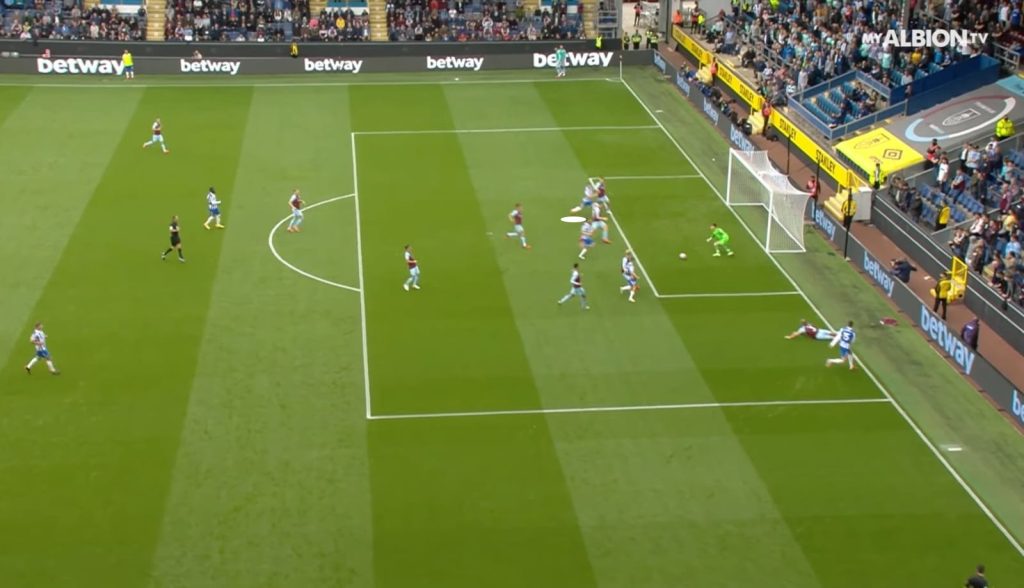 Furthermore, he can provide something that Mitrovic cannot. His bursts of acceleration are an underrated aspect and he regularly times his runs to near perfection. If Fulham decide to go long, he can either be at the end of the passes or draw the defender’s attention with his movement, opening up space for the other players.

His movement and recognition of space in the box is undoubtedly a standout feature, but he has underperformed his xG with the Seagulls. During 2020/21, he developed a reputation of missing chances despite getting into good positions. The data also suggests this as he underperformed his xG by 5 goals.

A player of Maupay’s caliber is an excellent addition to this new look Fulham side. Firstly, his profile is completely different from that of Mitrovic and this could provide the variety in attack. Moreover, he is a Premier League-proven striker and increases the competition to a side looking to improve their depth.

Maupay is a goal scorer and a number 9 by trade, but he has performed admirably when played as a second striker. His understanding with Brighton’s other center forwards – Aaron Connolly and Danny Welbeck, when played together, has certainly caught the eye.

His technical ability, combined with his movement, could provide a different dimension to Fulham if Silva decides to change his system. In the first two games, we have seen the Portuguese use the 4-2-3-1 formation with Andreas Pereira acting as the creative player.

If Silva opts for a direct approach against certain teams, he could drop the number 10 and play Maupay alongside Mitrovic, which will prove to be a handful for the defenders. The move also reduces a fellow mid-table team’s depth and improves Fulham.

Additionally, Maupay will also benefit confidence-wise as his game time has been reduced as a result of Welbeck’s resurgence. Well, it will be interesting to see how this transfer pans out for all the parties involved. 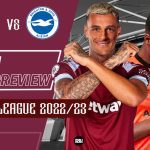 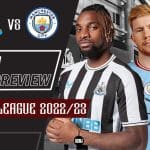