West Ham suffered a 5-0 defeat against champions Manchester City on the Premier league inception. Brighton & Hove Albion, on the other hand, defeated Watford 3-0 in front of their home fans.

West Ham will be keen to return to winning ways as they look to ensure a top table finish.

Will Brighton make it two out of two or will Manuel Pellegrini’s men bounce back from their opening game humiliation?

Two sides have faced each other on 51 occasions having won 18 times each while 15 games ended in a draw.

The last clash between the 2 sides ended in a 2-2 draw.

For Brighton, no fresh injury concerns. However, they will be without Yves Bissouma, Ezequiel Schelotto and Jose Izquierdo. New addition Neal Maupay could be given his first start following his goal on his debut for the club.

While West Ham United, new signing Albian Ajeti looks set to miss the game because of an injury, along with Mark Noble. Felipe Anderson Sebastian Haller are expected to be fit ahead of the trip to the south coast. 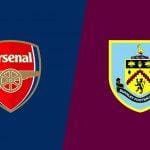 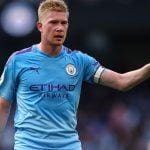