With a fight to escape relegation in their own hands, Brighton & Hove Albion will lock horns with Watford at the Amex Stadium on Saturday in the Premier League.

Nigel Pearson’s arrival to Watford has led to a mass improvement, with the club having lost just four games in the 11 he has managed in all competitions.

As the Hornets find a way to jump from the relegation zone, Brighton keep dropping down as their results in the past weeks haven’t been encouraging. With one win in their last 10 games, the Seagulls will have to up their game if they are to have any chances of staying up in the Premier League next season.

The Hornets will only leapfrog Brighton with five plus goals which looks unlikely with the way their last two games have ended but they are still hopeful and determined to avoid the drop this season.

Brighton & Hove Albion are looking to secure their first league double over Watford since 1990-91, when the sides were playing in the second tier.

Watford have lost just one of their last seven away league games against Brighton (W3 D3), thought that defeat did come in the Premier League in December 2017 (0-1).

Brighton won the reverse fixture against Watford 3-0 on the opening weekend of the season, scoring more goals in that victory as they had in their previous seven league meetings with the Hornets combined (2).

Brighton have won just one of their last 10 Premier League games (D5 L4), a 2-0 victory over Bournemouth in December. Indeed, no side has won fewer Premier League points in 2020 than the Seagulls (3).

Watford have lost their last two Premier League games, conceding five goals in these matches; this following a run of where they’d lost just one of eight league games (W4 D3), across which they’d shipped just four goals.

Tom Cleverley, Ismaila Sarr and Nathaniel Chalobah are being wished to be back in contention for the trip to Brighton having suffered respective injuries, with the latter going off mid-way through the game against Everton. 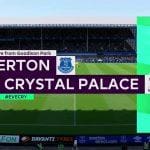 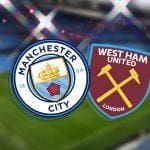