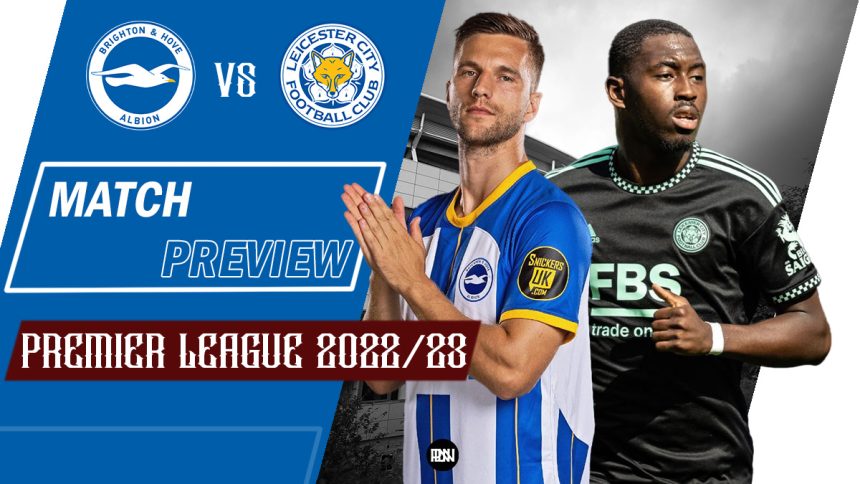 Brighton & Hove Albion host an inconsistent Leicester City this weekend as both sides look to bounce back to winning ways following disappointing results last time around. With the fixture list set to grow increasingly challenging over the coming weeks, both managers will be keen on securing nothing but three points this Sunday.

Having lost their first game of the campaign against Fulham earlier this week, the Seagulls will be keen on a positive result this weekend, having registered a commendable 10 points of a possible 15 hitherto. With Graham Potter’s side sitting comfortably fourth in the table ahead of the weekend’s fixtures, Brighton will be looking to capitalise on Leicester’s poor form heading into the tie as they look to build on their impressive start to the season, moving into the coming weeks.

On the other hand, sitting bottom of the table with no wins in the bag, Leicester remain desperate to gain three points this weekend. Having conceded the joint second-highest (11) number of goals in the league hitherto, Brendan Rodgers’ side will be looking to avoid another poor result on Sunday. With the pressure mounting over the Foxes following a poor start to the season exacerbated by a relatively impassive transfer window, a victory against Brighton could significantly boost the team’s morale moving forward.

Adam Lallana and Jakub Moder remain out of contention for the tie against Leicester although playmaker Jeremy Sarmiento could potentially return to the match-day squad after nursing a knee injury. New signing Billy Gilmour is eligible to be involved on Sunday, although the midfielder remains unlikely to be included in the starting lineup facing the Foxes.

Forward Danny Welbeck and full-back Tariq Lamptey emerge amongst the names expected to push for a starting place following a quick turnaround in fixtures. Despite the loss against Fulham, the manager is expected to field a similar starting lineup, with the team having delivered consistent performances during the initial run of fixtures.

Daniel Amartey emerges as a doubt for the game against Brighton although new signing Wout Faes is expected to replace the centre-back provided the former misses out on Sunday. Ricardo Pereira and Ryan Bertrand remain out of contention due to injuries.

Wilfred Ndidi is likely to return to midfield after being deployed at centre-back during the mid-week fixture against Manchester United, although, Boubakary Soumare is unlikely to pave the way for the Nigerian. Meanwhile, Patson Daka and Kelechi Iheanacho will be hoping to make a start on Sunday, with Jamie Vardy having struggled to make an impact against United earlier this week.

With both teams looking to bounce back after disappointing results, Sunday’s fixture is expected to provide for an exciting watch for the neutral. Defensively solid whilst having created a healthy number of goal-scoring opportunities, the Seagulls emerge as favourites for the three points although an improved display against United is likely to see Leicester deliver a competitive performance this weekend.

Tactically fluid and impressive in their approach, Brighton are likely to dominate possession whilst adapting to tactics best suited to capitalise on the opponent’s weaknesses this Sunday. Having successfully played through the lines whilst utilising width across the final third in previous outings, the hosts are expected to adopt a similar approach whilst being wary of the opposition’s strengths on the counter and across the flanks this weekend. Likely to target a vulnerable Leicester defence through intricate play across the attacking third, Brighton will be keen on making the best of their goal-scoring opportunities whilst working to keep a clean sheet this Sunday.

Having struggled for points, Leicester will be keen on moving up the table over the coming weeks. Likely to employ an approach targeting the space behind the opposition’s full-backs whilst being competitive in midfield, Leicester will be keen on not conceding a goal in the early stages on the game on Sunday. With the home side expected to retain the bulk of possession, the visitors will be looking to utilise their pace on the counter alongside stretching the pitch in a bid to create space between the lines in possession this weekend.

Amongst the team’s brightest performers hitherto, Caicedo is expected to play a pivotal part in achieving the team’s prospects this season. Facing a Leicester side boasting a competitive midfield duo, the Ecuadorian midfielder’s tenacity off the ball alongside his physical presence will be vital to Brighton’s approach this Sunday. Moreover, with commendable ability in possession, Caicedo will be keen on delivering a well-rounded performance this weekend.

Leicester’s creative outlet on the pitch, Maddison’s performance remains pivotal to the visitors’ prospects of securing a positive result on Sunday. With an exceptional ability to create goal-scoring opportunities through the central areas alongside being a threat on set-pieces, Maddison is likely to test Brighton’s defensive resolve this weekend. 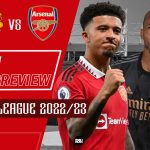 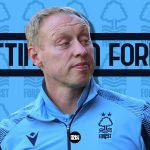