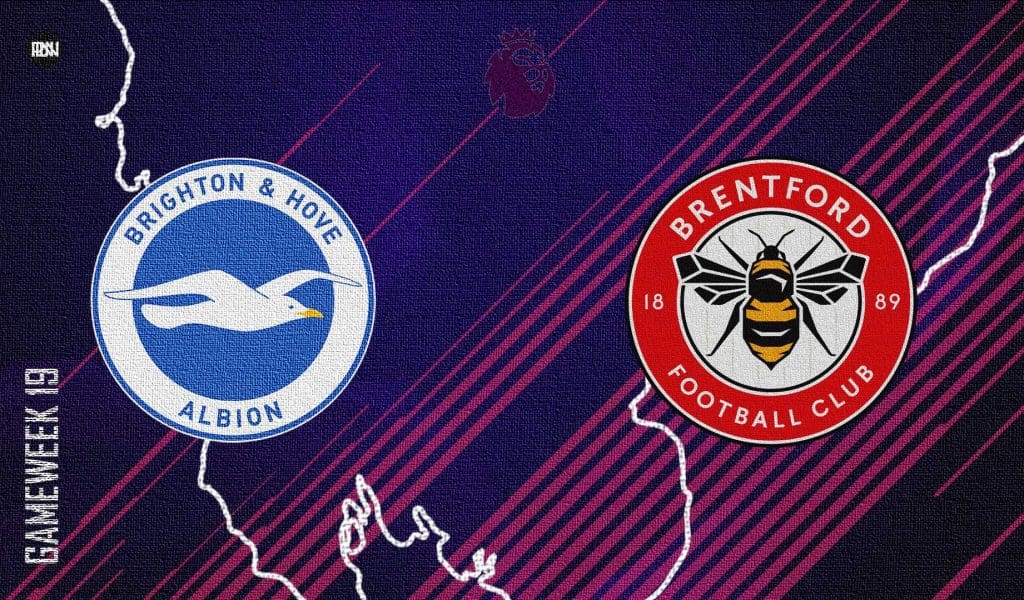 Festive fixtures are always a lot of fun, with the atmosphere around the stadiums and different cities. Boxing Day games have been a long tradition in English football, and 2021 is no different, with a host of games lined up. One of the fixtures sees Brighton & Hove Albion take on newly-promoted Brentford at the Amex Stadium.

Brighton & Hove Albion have had a tough few games recently. Their form has taken a major hit and the Seagulls are now in 13th place and without a win in 11 Premier League games. However, they are still within reach of the top half of the table, having played 2 games less than their rivals. Manager Graham Potter has taken some flak along with his players for their poor performances on the pitch, and he will hope to turn a corner with a win on Sunday. Their Boxing Day record does not help the Seagulls, with Brighton winless in their last 11 Boxing Day games. It’s the longest ongoing run without a Boxing Day league win of any side in the top four tiers of English football. Their game against Brentford will be their first in 10 days, having had two games postponed with COVID related reasons. Potter will hope for a good reaction from his players and will hope to break their miserable run on Sunday.

Brentford have been a decent watch this season, having adjusted to life in the Premier League quite well since their promotion from the Championship. They have played a good brand of football and have established a strong gap between themselves and the relegation zone. With their current form, they can start looking upwards at the table and thinking about finishing in the top half with a good run of results. They played in the midweek against Chelsea in the quarter-finals of the Carabao Cup and were unlucky to lose the game 2-0 in the last 10 minutes, having played and defended well for the majority of the game. Manager Thomas Frank will be hoping to bounce back from the disappointment in style against a weak and out-of-form Brighton on Sunday.

Brighton & Hove Albion had a COVID outbreak in the squad recently, but all affected have reportedly recovered from it. As many as five players could return for the Seagulls since their last outing against Wolves a week ago. Long-term absentee Danny Welbeck is set to return to the squad, after his lengthy layoff and could feature from the bench. Along with him defender Adam Webster is also due to return and could be in contention for selection on Sunday. French striker Neal Maupay, defender Shane Duffy and midfielder Pascal Gross are all set to return as well and could be selected in the starting lineup. It remains to see if Adam Lallana plays a bigger role this time out, after only returning in the dying minutes in the Wolves game.

Brentford, unlike their Boxing Day opponents, played in the midweek, and with a busy schedule of fixtures coming up, could be thinking about rotation. Manager Thomas Frank named a strong starting XI against Chelsea in the EFL Cup quarter-finals, and Sunday’s game could see a few players rotated. Ivan Toney will be expected to return to the starting lineup after featuring from the bench in the midweek. There are no injury concerns for the Bees, for which Frank will be very thankful.

Can Brighton get the much needed 3 points?

Brighton & Hove Albion started the season brilliantly, winning 4 of their first 5 games and climbing to 4th in the league. Graham Potter’s style of play and philosophy were working for the Seagulls, and they looked a really tough outfit to beat. Their early form suggested that they had the makings to be a surprise contender for the top 6 positions and even challenge for the European spots.

However, they form fell off a cliff after the 5th gameweek, and they have since gone 11 games without a win in the league. They were hard done by on a few occasions, but they have struggled massively in front of goal on most times, and now find themselves in 11th position, but within a shout of the top 6 places. They have drawn 8 out of 16 games so far, and their struggles and issues from the last season have seemed to return. The Seagulls are underperforming again in terms of xG (Expected Goals for) metric, with Graham Potter’s men having an xG of 23.13 while only scoring 14 goals so far in the league. They seemed to have turned this corner at the start of the season, but their problems have returned again, and that has been a crucial factor in their wretched run of 11 games without a win.

Manager Graham Potter needs to find a way to inspire his attacking and creative department, and have them at their best soon. They have the joint third-worst attack in the league so far, and they need to improve a lot on that front. With the return of Neal Maupay and a well-rested team as opposed to their opponents, could all work in favour of the Seagulls, and may help them get a long-awaited win. A win would see them leapfrog Brentford and go a point clear of Leicester City in 9th with two games in hand. It all builds up for a good watch between two teams who are trying very hard to break into the top half of the Premier League table.

As for the visitors, their main man is attacking midfielder Leandro Trossard. The Belgian midfielder is a real creative presence for the Seagulls, and often is the one to pop up with a goal involvement – no other Brighton player has more goal involvements than Trossard this season (3 goals and an assist). The 26-year-old is a versatile customer who has played a plethora of positions for Potter in his spell at the South Coast, but will likely start on the right flank as he and Solly March try to feed Neal Maupay to score and help the Seagulls win their first in 11 games.

The hero for Brentford when they last played in the Premier League, Mbeumo has gone a bit under the radar this season. Primarily a right-winger, he has transitioned to a sort of the second striker in Thomas Frank’s 3-5-2 formation and has flourished there. He has regularly started upfront for the Bees and has formed a decent partnership with the main striker Ivan Toney. The pair have scored 7 goals and assisted 3 amongst them so far in the Premier League. Mbeumo has a cool and collected aura about him on the pitch, and he showed the calmness in his nerves as he stepped up to the spot against Watford in the 96th minute to slot the penalty away and get his side the three points. Played the full 90 minutes in the midweek quarter-final defeat against Chelsea in the Carabao Cup, and was busy off the ball, but was not very good on the ball. Will be hoping for improved performance on Sunday.