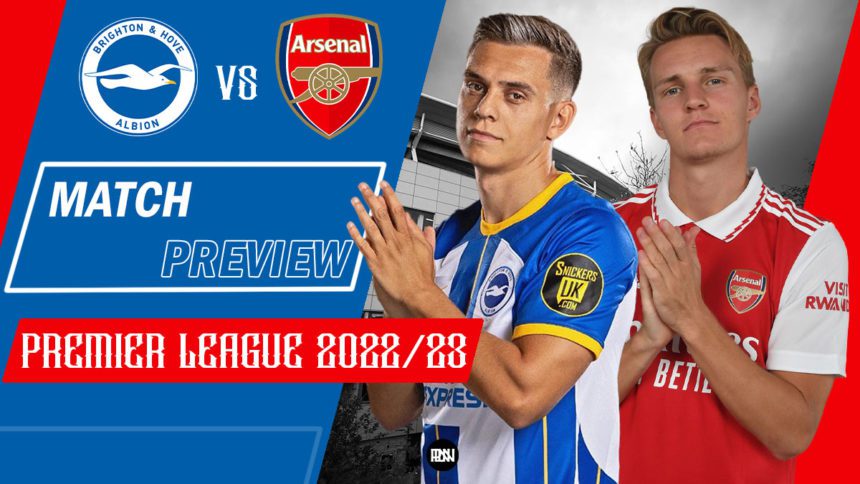 Matchday 18 of the Premier League brings us the second round of games after the World Cup and as fans begin settling back into their club teams, the congested fixture list pushes on with a clash between Brighton & Hove Albion and Arsenal.

Arsenal remains fresh after a 3-1 victory against fellow London side, West Ham, sits coolly on top of the league table with 4 wins in their last 5 and remains 5 points clear over Manchester City. Brighton’s sudden departure of Graham Potter looked to be a dealbreaker in their season from an outside point of view, however, it seems that new manager, Roberto De Zerbi, has flawlessly continued the run that Brighton started the season by sitting in 7th with 3 wins in their last 5 and, ironically enough, one place above Graham Potter’s Chelsea.

De Zerbi expressed his displeasure with the yellow card given to Moises Caicedo, who is now suspended for this game after receiving five bookings this season, despite being generally pleased with his team’s performance against Southampton. Alexis Mac Allister, Argentina’s World Cup hero, won’t be back until the new year, and De Zerbi is not hopeful about Adam Webster’s chances of playing on Saturday, but former Arsenal player Danny Welbeck could be able to recover from a muscular problem in time for a Gunners reunion. Meanwhile, Jakub Moder has been away for a while.

Regarding Arsenal, Gabriel Jesus and Reiss Nelson are still in the hospital and have no estimated time of return, but Emile Smith Rowe, who underwent surgery in September, might make his long-awaited return. Oleksandr Zinchenko is back in shape and prepared to compete with Kieran Tierney for the left-back position, so there may be a change in the full-back positions even if the injury-prone Takehiro Tomiyasu will struggle to recover from his most recent hamstring strain in time.

Despite Graham Potter’s intricacy at Brighton, De Zerbi has remained largely orthodox in his use of the 4-2-3-1 formation. Graham Potter used a 3-4-2-1 formation when the Italian first entered the game, but the club now appears to be comfortable with that back-four. Pascal Groß being converted into a right-back, a position he only occasionally played for Potter, has been De Zerbi’s most intriguing move so far. Groß, an aggressive midfielder who began the season playing brilliantly well up and down those right-half areas, has only improved his scoring performance in his new fullback position.

Before Mac Allister won the World Cup with Argentina, De Zerbi’s started the partnership of Alexis Mac Allister and Moisés Caicedo in midfield in all games but the final one. This has been a stunning combination of Graham Potter-era genius, finding a way to maximise Caicedo’s incredible energy while preventing him from playing only defensively. It has been a stroke of genius to play next to an assertive “6” who also happens to be creative with the ball, and De Zerbi has clearly understood the importance of his midfield combination in dictating the game’s tempo.

Under Roberto De Zerbi’s direction, his players are enjoying playing thrilling, explosive football, and the results are starting to show. Brighton continues to play well in a 4-2-3-1 configuration while employing much of the same ideas and approaches from Potter’s reign as manager as they establish themselves under the Italian. Leandro Trossard has been utilised to his full potential in front of goal, and he has shown flexibility in dealing with both the opponent and his team members by switching Pascal Groß to the right-back position. As De Zerbi now strives for a second consecutive top-half finish for the club, more thrilling outcomes and strategies are sure to come.

The game will very much be a tactical ‘chess match’ as even though Arsenal frequently sets up in a 4-2-3-1 formation, this shape tends to lean more toward a 4-3-3 as the team begins to develop the play. This season, Arsenal’s use of Ben White as a fullback has allowed them to attack by utilising a 3-2-2-3 formation with the defender tucking inside to let the opposing fullback advance. Arsenal’s quick forwards have been crucial in shifting positions in the box during their goal-scoring action. This season, a key element of Arsenal’s style of play has been their ability to pack the final third and make it very difficult for the opponent to win the ball back. Partey and Granit Xhaka flood the opposing half in the spaces between the midfield and attack, decreasing the opponent’s space on the pitch, and making it impossible for the opposition to escape Arsenal’s pressure, much alone generating a chance for the counterattack.

Given the solidity and tactical flexibility of Mikel Arteta’s side, Trossard will very much have a crucial role in the game as he can skillfully perform his duties even away from goal. Trossard is skilled at picking up risky spaces in the final third and receiving progressive passes because of his exceptional awareness of his surroundings there.

With fantastic chances to score from close range or inside the 18-yard box, the Belgian is given great possibilities thanks to this. Trossard is a skilled finisher and a generally two-footed player. He creates an outstanding 2.92 shots per game and usually moves lower on the pitch to assist with piercing passes to teammates. Should Brighton look to pickpocket Arsenal in the final third, Trossard will undoubtedly be the main man to do so.

Arguably, Saka is Arsenal’s finest player. The Gunners have a multitude of top-class talent, yet Bukayo Saka has appeared to become the brightest star on the side. Often playing very directly. When Saka possesses the ball, the first thing he considers doing is running at and dribbling past his opponent. When his dribble is finished, it gives his team lots of room to move into advantageous positions, as was frequently observed in Arsenal’s last game against West Ham.

The raw threat of chance creation and even goalscoring ability is what makes Saka one of the key men for Arteta to grab a hold of the game and continue to dominate games. 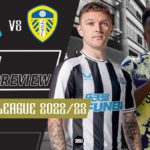 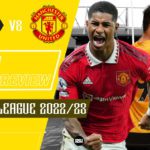