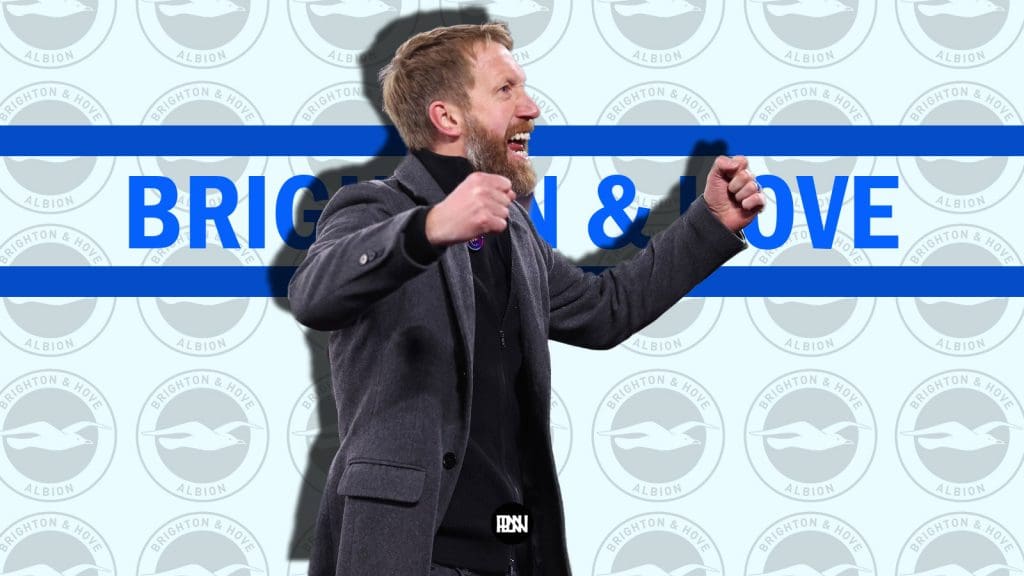 After a palatable start to the season was marred with injuries, Brighton finds themselves sitting in 9th position, 7 points off a European spot. Despite setbacks, Graham Potter’s side has once more caught the fancy of several pundits, with many dubbing his style similar to Guardiola’s positional play. A lot of the observations made do highlight Potter’s proclivity towards practicing the positional play, but the intricacies of his system make his style and team just a tad bit complex. Let’s dive in, shall we?

When Potter took over from Chris Hughton in 2019, the club was as farther away from possession-based football as possible. Averaging a mere 41.9% of the ball, the Seagulls based their entire play on surrendering the ball, falling into a compact low-block and attacking on the counter. While this helped Brighton retain their spot in the top tier of English football, with Potter’s arrival, it was time for change.

To instil his ideas into a group of players so unfamiliar with positional play and its values, he had to start with the basics – Ball Retention. He fused the system in function from Hughton’s days with his own, slowly emulsifying into a separate tactical project. Today, his side enjoys nearly 56.65% of possession on an average, only lesser than the likes of City, Liverpool and Chelsea in the league.

Many consider that to practice a superior degree of positional play, the formation is the most vital part. Graham Potter and his style of play prove otherwise. Abandoning the traditional 4-3-3, which many deem to be the way to practice ‘total football’, the gaffer has set his team up in multiple formations and structures over the course of his time at Brighton and, in particular, this season.

Shuffling between a 3-4-2-1, 3-5-2 and 4-3-1-2, sometimes even midgame, the Seagulls have been adept at switching between formations. This has been made possible by players such as Lampety, Cucurella, Veltman, etc who are able to function in multiple positions. Potter is also known to adjust his formations based on the opposition, further highlighting his tactical flexibility. The only uncompromisable aspect of his vision – Principles.

PRINCIPLES ON THE BALL:

Building from the back, the Englishman has asked for clinicality from his keeper and his center backs in distribution. Crucial cogs in advancing the ball, wing-backs Lampety from the right and Cucurella on the left, drive high up the pitch, providing the 2 or 3 center backs, based on the formation in play, with a passing option. The passes they play are also based on the movements of their teammates and their positional awareness. For their game to succeed, this deep-rooted understanding of positional play is mandatory.

The Seagulls are known to generate numerical superiorities in wide areas and to create them, the two strikers or the midfielders playing in the inside channels link up with either fullback in tight spaces to progress the ball. While Brighton does play through the middle sometimes, with Maupay dropping into the midfield, they are way more efficient through the wings. Most of their attacks originate here and are reliant on Lampety and Cucurella’s pinpoint accuracy in delivering the ball into the box. To facilitate their intrusion into the final third, Albion’s build-up play has been patient, helping them accumulate an average of 424 accurate passes p90.

When Albion isn’t looking to patiently build the game from the back, they have the ability to play long balls. Adam Lallana, a deep-lying playmaker and part of a pivot with Yves Bissouma, drops down the field to pick up the ball before playing a long ball into the stride of the runner into space, usually Trossard.

The unique thing about their flexibility in attacking is Bissouma’s role. A defensive midfielder and Brighton’s pivot, the Mali international presses high up the pitch and operates in between the lines in the initial phase. Once the ball progresses, however, he slots in right in front of his center backs, providing them with defensive cover. He, then, even helps the team dictate play and pass the ball around, but rarely in the initial build up phase.

Albion’s ability to switch between a patient route to goal, built on the back of positional play and retaining possession, and a more direct approach to attacking is what makes Graham Potter’s system so unique.

PRINCIPLES OFF THE BALL:

As potent as Brighton is on the attack, they are just as potent in winning the ball back. Winning possession back in the final third a staggering 116 times, right behind Liverpool and City, they have also won the ball back 512 times in the middle of the park. This clear shows that while defending, the English club press high and have a structural harmony about them. In their first 20 league games this season, the Seagulls have only been scored past 21 times from an xG conceded of 21.4. A new record since their promotion to the 1st division.

The residents of Flamer Stadium defend in a 5-4-1 while playing a 3-man backline and in a 4-4-2 or 4-4-1-1 while playing 2 central defenders. Albion’s defensive lines move in unison, allowing the opposition hardly any space, making it nearly impossible for them to function in between lines and break them down. While they do constantly press their opposition high up keeping in line with the principles of Guardiola’s definition of positional play and winning the ball back as soon as possible, in Potter’s system there’s a small nuance. As the strikers and the midfield strive ahead to press the rival team in their own half, Brighton’s defensive line doesn’t push as a high line. This, while, helps in transitioning into a low block quickly when the initial press fails, leaves acres of space for the rival team to exploit.

Brighton have quickly grown into one of the most exciting sides in Europe. To reduce Graham Potter’s involute systems and tactics merely to an offspring of positional play would be criminal. With Europe closer than ever for Brighton, an interesting second half of the season awaits us.

MUST READ: Brighton’s recruitment model is a lesson in how to be successful without having the backing of Oligarchs and foreign billionaires 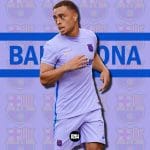 Why Sergino Dest can actually flourish at Chelsea?
Next Article 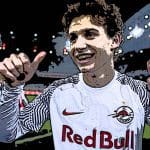