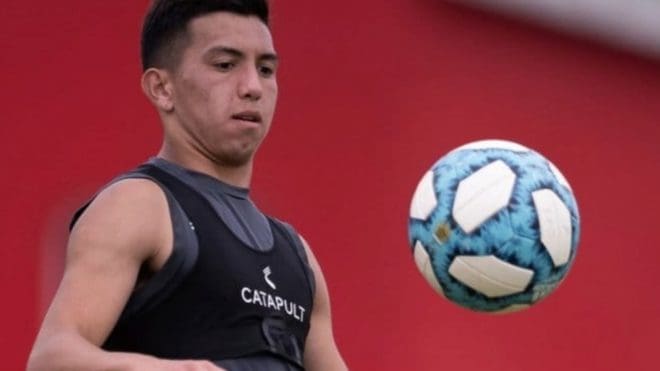 Brighton & Hove Albion, who managed to fend off relegation, will be in the Premier League next season, and Graham Potter is keen on strengthening the squad before the start of the 2021/22 season. This has led to the club going after 18-year-old Argentine sensation Alan Velasco, who has been impressive at Independiente this year.

Velasco, who is an Independiente youth product, captained every age group as he developed through the ranks of the club. He soon developed into an intelligent left-winger who could dribble past opponents for fun while he also developed a knack for playing defense-splitting passes beyond the opposition backline.

His goal from 30-yards out against River Plate showed the kind of player Independiente have in their hands and his incredible potential. Although Velasco has not scored in his 11 league appearances this season, he has been very creative. The winger has provided several goal-creating actions for Independiente this year, which means that he is providing the right passes to the right players, but due to poor finishing on the part of the striker, Velasco’s statistics paint a poor image of himself.

Velasco is averaging an 87% pass completion rate this season, while he is also completing 2 successful dribbles per 90 minutes. These are incredible numbers for an 18-year-old, and due to his 5’6 stature, he has been touted as the next ‘Sergio Aguero’, as Aguero too was a youth product of Independiente and had a tiny stature, while he also started out as a left-winger at the club.

Brighton were quick to realise the talent of the Argentine and moved quickly to sign the player from Independiente. However, Brighton’s £6 million bid for the 18-year-old was rejected as it was nowhere near the £15 million release clause of the player. Velasco’s current contract with the club runs until Dec 2023, which means that Independiente holds all the cards in their hand for this transfer. Brighton’s record signing is currently £20 million, which they paid for Neal Maupay a couple of years ago, and signing an 18-year-old for an amount near the club-record fee will send a huge statement.

Interest from other clubs and Brighton eager to sign Alan Velasco:

During this period, Velasco has also attracted interest from other clubs in Europe, namely Monca, Parma, and Lyon. All three clubs are famous for developing their youth players and then selling them for a ton of money to the top clubs in Europe. Brighton cannot boast about the same, but what they can do is guarantee a high wage bill for the youngster as Premier League teams often pay more than teams in other leagues.

Moreover, if Brighton can also guarantee Velasco a place in the starting line-up, the player will be intrigued to move to England. Additionally, Independiente are now also said to be ready to accept an offer in the region of £10-13 million for Velasco, and Brighton will be tempted to move fast to sign the player as interest from additional clubs could lead to the Argentine club driving the price up for the winger.

Alan Velasco’s talent is supreme, and he is only going to get better. If Brighton wants to stay in the Premier League for a long time, they will need to sign exciting talent season after season, and signing Alan Velasco will send a clear statement of intent while it will also be a step in the positive direction for the long term progress of the club. 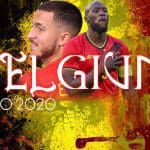 EURO 2020: Belgium – Can the golden generation leave with silverware to their name?
Next Article

Time up for Hakim Ziyech at Chelsea? – AC Milan and Napoli keen to add Blues winger to their ranks
Leave a comment