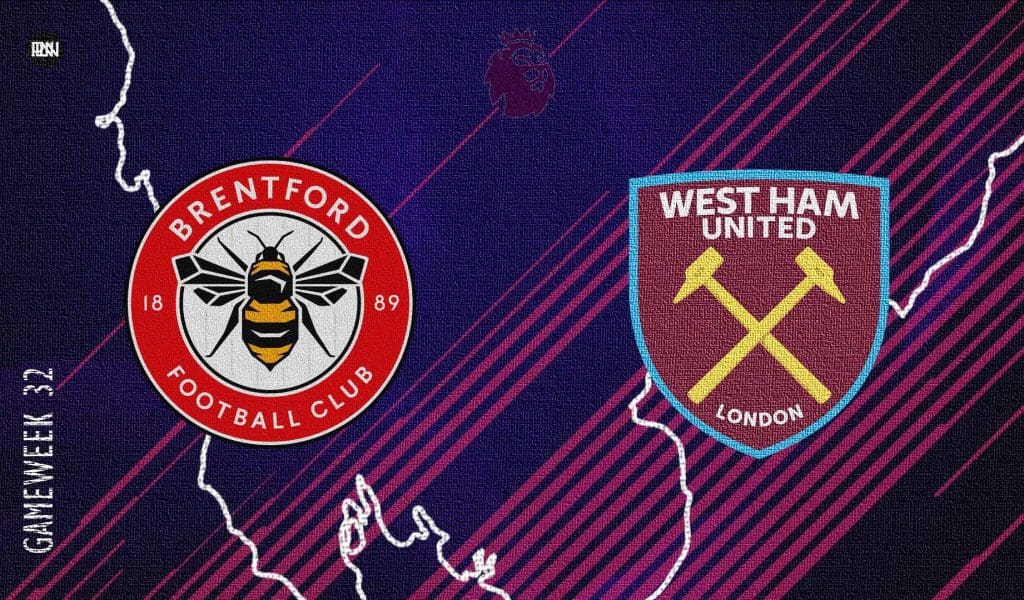 It’s matchday 32 in the Premier League and Brentford host West Ham at the Brentford Community Stadium. The Bees head into the fixture having beaten European Champions Chelsea 4-1 at Stamford Bridge which saw the Bees completely dominating the Blues. Meanwhile, for West Ham, they faced relegation-threatened Everton last time out and grabbed all the 3 points with a 2-1 win. In the PL standings, Brentford sits 9 points clear of Burnley in 18th having played a game extra. For West Ham, David Moyes has worked miracles for the Hammers which has seen them occupy 6th place in the league with another season in Europe looking very likely.

For Brentford, Josh Dasilva and Julian Jeanvier will miss out on the London Derby. The Bees will have the rest of the squad fit for the match. West ham who played in the midweek UEL showdown against Lyon will see Lanzini be a doubt for the game with the Argentinian picking up a knock. Ogbonna will miss the game with a knee injury and Fabianski is set to return to the first XI having being benched against Lyon.

The English winger is having the season of his life with 9 goals and 10 assists in 29 PL appearances this season. The 25-year-old is averaging 1.2 key passes per 90, 1.6 dribbles per 90 and 2.3 shots per 90. His explosive pace on the wings and pinpoint finishing has really helped West Ham continue the chase their European dreams. His performances have even opened up an opportunity for the winger to be a part of the 22 man squad for the World cup later this year.

The Danish playmaker’s fairytale return to the PL has been nothing short of magical with the former Spurs man getting a goal against Chelsea in the last match. He has 1 goal and 1 assist in 3 starts for the Bees and will be pivotal in the Bees’ attack. His ability to pick his man and defence-splitting passes will be a threat to the Hammers’ defence.