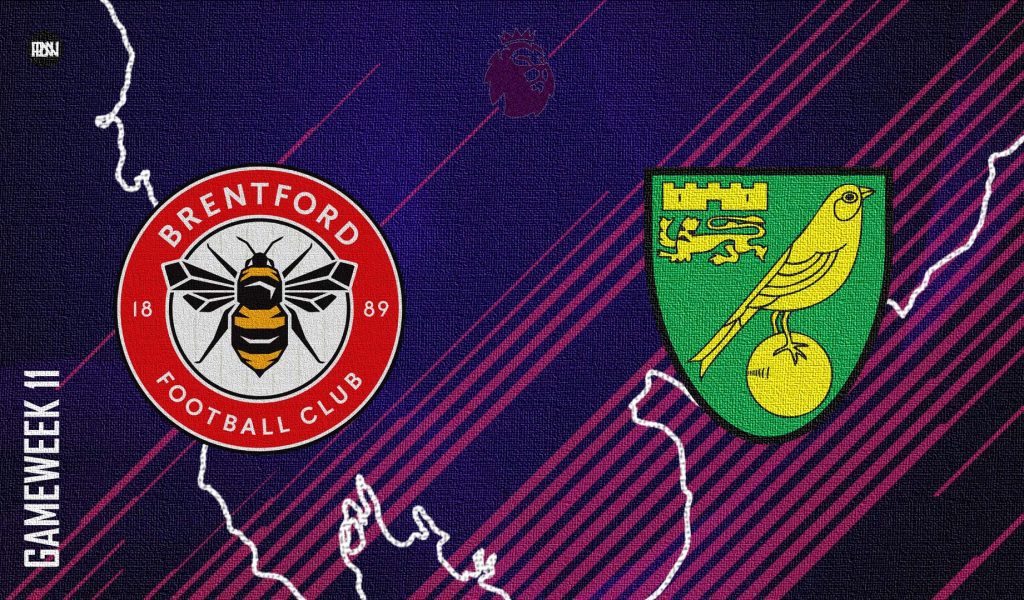 Brentford host Norwich City at the Community Stadium this weekend, as players across the continent prepare for the season’s final international break before they head into a demanding set of fixtures over the next two months. Having struggled to accumulate points in their last three league fixtures, both – newly promoted – clubs head into the encounter in desperate need to salvage a victory before the break.

Although having registered a combative start to the campaign, Thomas Frank’s squad continues enduring a sour patch of form, having failed to register a victory in each of their last three league games this season. Moreover, with goal-keeper, David Raya side-lined with injury, a disappointing 3-1 loss to Burnley compounded their misery, as the Bees struggled to deliver on the pitch last weekend. With an underperforming Norwich City visiting on Saturday, Thomas Frank will be hoping to move through the gears as they prepare for a string of favourable fixtures following the international break.

Meanwhile, Norwich City have continued failing to produce results since gaining promotion to the Premier League this season. The Canaries – last in the table – are, arguably, the most unconvincing side, having registered only two points, hitherto. Though Norwich managed to seemingly redeem themselves, having put in a strong performance in their 1-2 loss to Leeds United last weekend, a highly-coveted encounter awaits them at the Community Stadium on Saturday. With Brentford undergoing an inconsistent run of form, the weekend’s encounter offers Daniel Farke’s side a unique opportunity to capitalize on the opposition’s weaknesses and secure their first league win of the season.

While David Raya remains unlikely to return anytime soon, Thomas Frank’s provided a much-welcome update declaring Bryan Mbeumo fit to start the game on Saturday. Centre-back Kristoff Ajer, however, will remain sidelined for a few weeks, having sustained a hamstring injury, while Yoane Wissa, Mads Sorensen, Josh Dasilva, and Shandon Baptiste remain out of contention for the weekend.

Having had a decent outing against Burnley, both, Vitaly Janelt and Ghoddos, will be pushing to make the starting XI on Saturday. Thomas Frank is expected to deploy his premier starting XI, with Ivan Toney expected to lead the line alongside Mbeumo against Norwich at the weekend.

While a lack of fit centre-backs certainly contributed to their underwhelming results, Ben Gibson’s return to the squad following his suspension provides the much-needed boost in the backline. Christoph Zimmermann, however, remains unavailable, having sustained an ankle injury, while both Sam Byram and Todd Cantwell, too, are unlikely to regain full fitness for the weekend’s trip to Brentford.

Daniel Farke is expected to field the same line-up which delivered a combative yet insufficient performance against Leeds United, with Teemu Pukki and Josh Sargent likely to emerge as the Canaries’ key players at the weekend.

With both teams in desperate need of a victory, Saturday’s encounter could prove to goal-fest or a draining watch for the neutral. Both teams have jointly netted only five times in their last three fixtures across all competitions, with the hosts at the weekend accounting for four of them this season.

Having received a much-needed boost from Mbeumo’s likely return to the starting line-up, Brentford will be keen on exploiting Norwich’s poor defensive structure. Given their reliable resources in the midfield, both Toney and Mbeumo will be key to the Bees’ ability to break the deadlock on Saturday. Although Norwich offer a negligible threat in the attacking third, owing to their towering defensive line, Brentford will be hoping to dominate possession and play through the visitors’ midfield set-up on Saturday.

On the other hand, Norwich will be hoping to produce a convincing defensive performance, whilst capitalizing on their opportunities in the attacking third. Having visibly improved their defensive structure against Leeds, Farke will be hoping to replicate the same and hit Brentford on the break in an attempt to salvage three points at the Community Stadium.

Expected to be slotted into the starting XI after recovering from an injury sustained during their game against Leicester City, the Frenchman’s pace and ability to link up with Ivan Toney will be vital to Brentford’s goal-creation opportunities on Saturday. Although the striker is yet to replicate his impressive performance during Brentford’s days in the Championship, Mbeumo has been a menace for the opposition in and around the penalty box.

The Frenchman’s ability to gain a yard on defenders and find attacking space during build-up play could prove to be pivotal in determining the outcome this Saturday. Facing a side who have only kept two clean sheets in the league this campaign, Mbeumo is expected to retain a strong appetite for goal contributions this weekend.

Norwich’s most potent threat upfront, the Finnish international offers the visitors their best chance at salvaging a victory on Saturday. Given Brentford’s poor defensive form, Pukki is certainly capable of slipping past the Bees’ towering centre-backs and finding the back of the net in crunch moments during the game.

With Josh Sargent and Milot Rashica expected to provide the width, Pukki’s impact will be heavily-dependent on him receiving the ball in promising positions across the penalty box. The striker’s finishing ability combined with Norwich’s willingness to attack down the flanks will be key factors in deciding the visitors’ overall performance on Saturday.