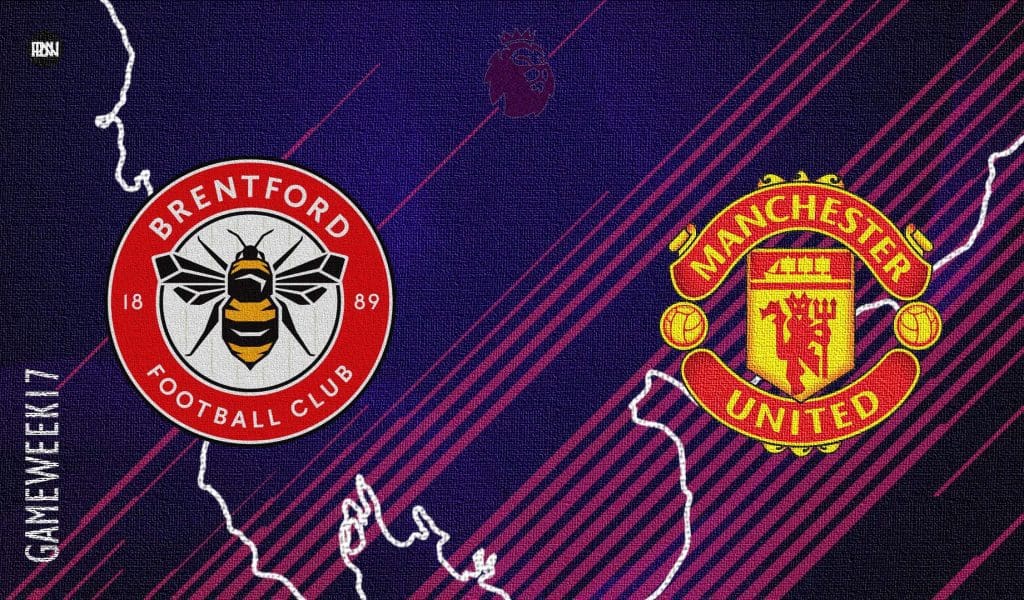 The games are coming thick and fast in the Premier League, and the fans cannot get enough of the action. The midweek Premier League fixtures bring to us some interesting matchups, and one of them is newly-promoted side Brentford taking on Manchester United.

Brentford come into this game on the back of a 3-0 loss against Liverpool at Anfield on the weekend, as they were dominated by the Reds from the get-go. Brentford were not afforded many chances by Liverpool, as Jurgen Klopp’s men as the Bees could muster only one shot on target. It was a second consecutive defeat for Thomas Frank and his boys, losing to Southampton last week as well. Defense will be a huge concern to Frank now, having conceded as many as seven goals in their last two games. The defeat at Liverpool left the Bees in 14th place, two points adrift of 10th placed Leicester City. They now take on Manchester United a team who are in good form, and manager Thomas Frank will be hoping his side can take advantage of his team’s underdogs status in the game and get a surprise result at home.

Manchester United were last in action against Aston Villa at Villa Park, where they drew 2-2. The Red Devils led the game 2-0 till the 77th minute – thanks to a brace from Bruno Fernandes- but were guilty of letting Villa back into the game. The United defense collapsed and Villa equalized in the space of 4 minutes, with goals from youngster Jacob Ramsey and new signing Phillipe Coutinho, who scored on his debut, to share the spoils in Birmingham on Saturday night. There were a few positives to take for Ralf Rangnick, and he will hope that his team can improve defensively against Brentford. United attack was much improved than before and the manager will hope that his boys can build on from that showing. The Red Devils now sit in 7th place, 5 points behind 4th placed West Ham with two games in hand.

This will be the very first league meeting between the two sides since they last met in April of 1947. Both sides have defensive issues and as a result this match could provide us with some attacking entertainment. Brentford have been quite strong at home this season, while United have not had much away success as of late. It all makes for a very intriguing game, and will be one to watch.

Brentford’s defeat against Liverpool on Sunday saw the return of Rico Henry as he featured from the bench, and he could be in line to start on Wednesday night. Midfielder Mathias Jorgensen is a huge doubt for the Bees, but goalkeeper David Raya has been ruled out. There are a host of other players who are unavailable for selection on Wednesday night, with defenders Charlie Goode and Julian Jeanver expected to miss out. Midfielder Josh Dasilva continues his recovery from a hip injury and is set to miss out against Man United as well. Frank Onyeka is away on AFCON duty and will miss out.

Manchester United have a few injury doubts of their own, with main man Cristiano Ronaldo missing out on the draw at Villa Park with a hip injury sustained in training. English starlet Marcus Rashford also missed out on the squad that travelled to Birmingham, among doubts over his form. He will hope to return to the 11 and get another chance at proving his class. Captain Harry Maguire returned to the bench on Saturday, and he will be hoping to get his first start of the new year. The situation around forward Anthony Martial is one of much discussion, with manager Ralf Rangnick saying the forward refused to play while Martial refuted the claim. The 26-year-old is not expected to be among the ones making the trip to London. Midfielder Paul Pogba has returned to training with the first team, and it remains to see if he is match fit to feature on Wednesday. Aaron Wan-Bissaka is a huge doubt after he was left out of the squad on Saturday, with an injury he sustained, and it remains to see if he can displace Diogo Dalot. Eric Bailly is away with Ivory Coast in the African Cup of Nations, and will miss out.

Brentford have shown that they have all the makings of being a regular Premier League side after being promoted to the top flight of English football for the first time since the 1946-47 season. They have a pure attacking philosophy and play an exciting brand of football, which was showcased in their opening day 2-0 win against Arsenal at home.

Manager Thomas Frank has set his team up regularly in a 3-5-2 formation, with two out and out strikers upfront to provide a bigger goal threat. They have continued their attacking form from the Championship, where they scored 79 goals last season and were outright the best attack in the league. With Ivan Toney and Bryan Mbeummo playing as the two strikers, and with an able support cast of Rico Henry, Sergi Canos, Christian Nordgaard and others, the Bees have been able to play their attacking type of football and give the rest of the league plenty to think about.

Manchester United have had a topsy-turvy season so far, and their defensive stats have been very poor. They have kept just two cleansheets in the last six Premier League games, and have given opposition attackers easy chances. David de Gea has played a very crucial part in those two clean sheets, bailing out the United defense time and again. They crumbled against Aston Villa after taking a 2-goal lead, only to surrender it within 4 minutes, in the dying minutes of the game. It was a poor showing from the United defense, who have now conceded two goals more than Burnley (who sit last in the table). Brentford will be eager to face this United defense. With Diogo Dalot and Alex Telles being preferred by the new manager to United’s regular fullbacks in Aaron Wan-Bissaka and Luke Shaw, it has left their defense somewhat unsettled. They have shown good intent going forward, but have been sometimes exposed at the back.

With the new manager and his philosophy still settling in to the United squad, it could be the perfect opportunity for Frank Thomas and his lads to take advantage. The Bees have brilliant going forward, and with some more clinical finishing, could hurt the Red Devils and add another scalp to their collection. It makes for an intriguing clash and a one to watch.

One of the few overlooked strikers in the Premier League, Ivan Toney is a beast up front. Leading his side to the Premier League with a scintillating run of goal scoring form. It is very much clear, that Toney has had difficulty settling to the newer environments. From how it was to what is now- Toney has rightly come into the limelight.

In spite of all the criticism, you still cannot ignore him when it comes to causing the defenders some problems. A leader up front for his side. Hitting the defenses equally on the counters, with his pace. Ivan Toney is not the one you want to face when he is on his day. Running in behind the defense, winning the aerial duals with the show of strength. Against Liverpool, Toney was not in his best form, having just three shots in the game. He didn’t get much service and couldn’t influence proceedings. Thomas Frank will be hopeful for his striker to find his scoring touch against a poor United defense on Wednesday.

Back with a brace on Saturday, Bruno Fernandes showed why he was the main man for the United team before Cristiano Ronaldo’s arrival, and the Portuguese midfielder led from the front at Villa Park. He scored the goals and created as well, as he was the pallbearer of the United attack till Ronaldo’s arrival. However, since Ronaldo’s arrival, Fernandes has had to revel more in his creative role and the two Portuguese players have linked up well on occasion throughout the season. He is the main creative outlet for the team now, with Sancho still finding his feet and Rashford not in the best of forms. Bruno has not scored as many goals as he would have liked to so far, but his performances are evidence to the fact that he does not give whatever the situation. He makes things tick for the team, and will be expected to create more chances again on Tuesday as United look to enter into the top 4 for the first time in many weeks.