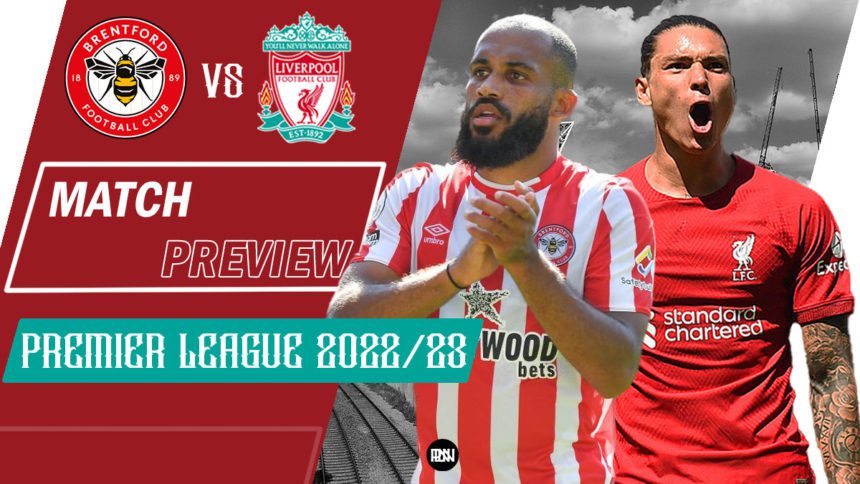 The Gtech Community Stadium on Monday eve hosts Liverpool for their first match of the calendar year. Brentford after a good run of games currently sits 10th in the table, 5 points away from their opponents who also have played a game less. Nevertheless, the clash should be an interesting one given Brentford’s sharpness in front of goal in recent games and the Merseyside club’s not-so-solid defence this season.

Brentford takes on the Reds after a convincing away win at the London Stadium which saw Thomas Frank’s men outplaying the Hammers to take away all three points. The Bees’ star man Ivan Toney got on the scoresheet again and also set up one, before sadly having to be stretchered out of the field due to a knee injury. This will be a major concern and confidence dropper before the Liverpool game as Toney have been magnificent this season scoring 12 and assisting 3. It is safe to say the English international have carried the team so far as the next-highest goal tally is a mere 3.

Liverpool on the other hand, have acclimatised to their long-running peril of injuries and got extremely lucky against the Foxes last game. In a game where the Reds frontline failed to find the net after an array of chances, Leicester defender Wout Faes did the job for them by scoring two own goals which invalidated Dewsbery-Hall’s opening goal in the 4th minute. Despite poor performances in the front, Liverpool have been finding a way to keep their streak going which is now at 4 straight wins in the league.

Brentford have turned their home into a fortress this season, only losing one game on their turf this season against the league leaders Arsenal. The Bees have put up strong performances this season against the big six, drawing against Tottenham and more importantly beating Pep Guardiola’s men at the Etihad. Monday’s game is a perfect occasion for the West Londoners to showcase a similar sense of character but how Ivan Toney’s absence would affect the atmosphere in the locker room raises more than one question.

This fixture last season didn’t disappoint, as both teams put up a show in attacking terms with the game ending in a 3 – 3 draw. Brentford opened the scoring that day but later had to come from the back twice after brilliant goals from Jota, Salah and Curtis Jones. Yoane Wissa. who pulled the equalised that day, might replace Toney in Monday’s game.

The major news in the Brentford dressing room is the absence of their main man. The injury that initially looked serious might not turn out to be of a worried gravity but nothing official can be said as of now as the striker is currently under medical assessment. In his absence, the front line would probably line up with Mbeumo and Wissa. The duo are second top scorers for the Bees this season alongside Dasilva who scored the winner against Leicester.

The Londoners are expected to take the field with their 5 in the middle of the park, following their typical 3-5-2 formation. The midfield will probably look similar to the one the Danish gaffer fielded in the London stadium, with the likes of Vitaly Janelt ready to come on from the bench. The defensive trio will be accompanied by keeper Raya who had a great game against the Reds last time he faced them at home, making some crucial saves to keep the deadlock.

Liverpool’s long-term injury list remains unchanged as Jota, Dias and Arthur Melo still in the med room. Curtis Jones is recovering fast and is expected to be back for the next game. However, Firmino and Milner should be back and available for the game. Harvey Elliot and Robertson had to come off with minor injuries during the game against the Foxes so their availability is in question even though the issue doesn’t look serious.

The front three will look similar to the last couple of games with Salah, Nunez and Carvalho up front. Nunez, despite failing to score, put up a show against Leicester setting up a few decent chances for Salah which the Egyptian failed to convert. Former Liverpool defender Jamie Carragher also has come to the defence of the young Uruguayan, comparing his slow start to that of the likes of Robert Lewandowski and Luis Suarez. New signing Cody Gakpo should have been ready to make his debut against the Bees but Klopp pointed out their office is unlikely to complete required paperwork in time for the game.

Fabinho will be back at the heart of the midfield after taking an off day the previous game to be present at his child’s birth. Thiago is the only other player in the middle of the park who is sure to start. Henderson or Keita might fill up the other spot given Elliot racing to meet match fitness.

The backline will probably have one change from the Leicester game with Tsimikas looking to come on in the left wing in the event of the Scottish skipper being unable to attain a green card from the team physio. 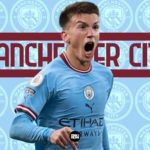 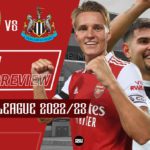