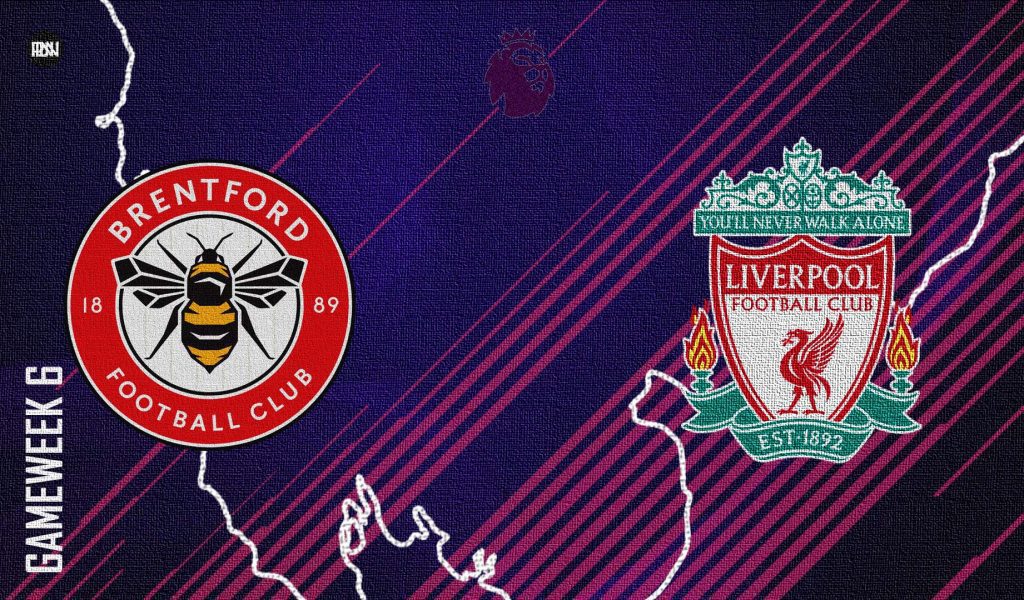 Liverpool will travel to Brentford with the intention of pulling clear at the top of the Premier League table this weekend. Jürgen Klopp’s side have had a commendable start to the new Premier League season. Even though it is still early in the season, the Merseyside outfit are currently joint top of the league standings with 13 points from five games – only behind Chelsea, because of the solitary away goal that they conceded to the Blues in their 1-1 draw at Anfield.

Regardless, it is the start that Jürgen Klopp wished for, and the Reds could pull clear with a win over newly-promoted Brentford this weekend. Brentford are currently taking part in their first-ever season in the top flight of English football in the Premier League era, and this weekend is likely to be their toughest test so far this season. The Bees have racked up a respectable eight points from their opening five fixtures and currently sit in an impressive ninth place on the table.

Both the teams are fresh off comprehensive wins in their respective Carabao Cup outings earlier this week. While a second-string Liverpool side cruised to a 3-0 win at Norwich City, Brentford did not do too bad themselves – hammering Oldham in a 7-0 win. The two teams have never met in the Premier League era before, while their last league meeting was as far back as May 1947 – the teams took part in a 1-1 draw, in a season that ended with the Bees being relegated and the Reds winning the league. In all competitions, Liverpool have won their last four meetings against Brentford.

Shandon Baptiste could return for Brentford this weekend, after serving a one-match domestic suspension as a result of being sent off in their last Premier League outing against Wolves. The Bees have no new injury concerns, but long-term absentees Mads Sørensen and Josh DaSilva will continue to be on the sidelines.

As for their opponents Liverpool, they will be without midfield pairing Thiago Alcántara and Naby Keïta, but a few players are tipped for a return to action this weekend. Thiago is ruled out for this weekend after picking up a knee injury in last weekend’s home win over Crystal Palace, while Keïta hurt his foot in the mid-week Cup victory against Norwich. Amongst the players tipped for a return to action, Trent Alexander-Arnold will be back after missing out through illness last weekend, and so will Roberto Firmino who has recovered from a hamstring problem. James Milner and Neco Williams are also set to feature on the bench.

Both the teams have excelled defensively so far this season. While Liverpool have conceded only once in the Premier League so far this season and are yet to concede from open play, the newly promoted Brentford have conceded only twice. Thomas Frank’s decision to build his team around clean sheets instead of trying and playing full-fledged attacking football has reaped rewards for the Bees so far, as they will try to shut their opponents down and hit the Reds on the counter. It will not be easy, however, as the Reds have the joint second-best attacking record this season having scored 12 goals so far – making them one of the most complete sides in the division. In order to give Liverpool a tough time defensively, the Bees will need their strike pairing in Ivan Toney and Bryan Mbeumo to carry on their rich vein of form as they have shown. The two forwards have displayed a telepathic connection in front of goal so far this season, especially shining in their last outing against Wolves – scoring within six minutes of each other.

The Bees’ main man in their debut Premier League season is none other than talismanic forward Ivan Toney. The English forward scored 31 goals and recorded 10 assists in the Championship last season to help promote Brentford back into the top flight, and he has picked up right from where he left off – having scored twice and assisted once this season already. If Brentford wants to stand a chance against one of the form sides as well as one of the strongest rear-guards in the division, Toney will need to be at the very top of his game.

As for Liverpool, their main man for the weekend is none other than their top scorer Mohamed Salah. The Egyptian has already racked up four goals in the Premier League this season, and his goal against Crystal Palace last weekend brought up a century of top-flight goals in just over four seasons. Salah became only the fifth-fastest player to rack up a century of Premier League goals and will be looking to add to his season tally this weekend. Salah also has a reputation for loving a goal or two against newly-promoted teams, as he has been involved in a total of 22 goals in 24 appearances against clubs that have been newly promoted to the top flight.