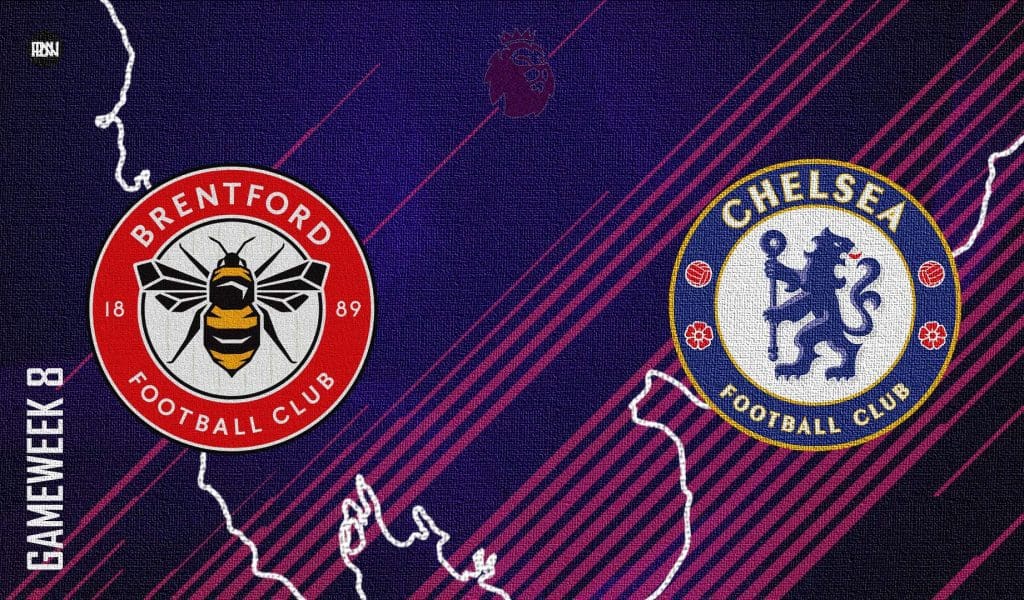 The conclusion of yet another international break means that Premier League football is back again, and the league leaders Chelsea will look to resume their campaign against Brentford. The clash sets up a London derby that will see the two West London clubs go against each other for the first time in the Premier League era, although the stakes are quite different for either club. While Chelsea would want to get all three points to steer clear at the top of the Premier League table, Brentford would want to keep their good form going to try and cause yet another upset.

Brentford were promoted to the top flight of English football for the first time in the Premier League era, and Thomas Frank’s side have gone all guns blazing so far – the Bees are sitting as high as seventh place in the current league table. The newly-promoted Bees got themselves a pulsating 3-3 draw with Liverpool, and followed it up with a shock 1-2 win over West Ham – their form leading up to the game will cement them as a force to be reckoned with. Their stellar start to the season is not showing any signs of slowing down, with the Bees having racked up seven points in their last three games – and their draw against Crystal Palace meant that the Bees became the first side to go unbeaten in their first three London derbies in the competition.

However, yet another London side awaits them at the Brentford Community Stadium following the international break. Their visitors Chelsea sit one point clear at the top of the table after seven-game weeks. The European champions are a side that is teeming with quality even on their worst days, as after a brief slump of form that saw them lose consecutive games to Manchester City and Juventus – Thomas Tuchel’s side returned to winning ways with a well-earned and comfortable 3-1 win over Southampton in their last outing. The Blues’ defense looks as air-tight as it has ever done, having conceded only three goals in the league this season – and are yet to concede any from open play. Chelsea also have the most different goal scorers in the league this season, with 12 different players already having opened their accounts for the new campaign.

Shandon Baptiste who was taken off in the first half against West Ham with a dislocated shoulder is ruled out of the game, along with Mads Sørensen and Josh DaSilva. Kristoffer Ajer and Vitaly Janelt are not expected to make it back in time for Brentford either. On the other hand, their opponents Chelsea have been boosted with the return to action for Reece James and N’Golo Kanté – both of whom are back in training off the back of an ankle injury and COVID-19 respectively. However, the Blues will miss their veteran centre-back Thiago Silva who is not expected to be back in time after representing Brazil in the international break. Romelu Lukaku who left the Belgian camp early due to a “muscle overload” could feature, although the outing might come too soon for Toni Rüdiger who has issues with his back.

One can expect both Brentford and Chelsea to match each other in formation, setting up quite a few mouth-watering duels one can look forward to. The battles between the wing-back pairings can prove to be vital to decide the outcome of the match, as Ben Chilwell and Reece James will look to get the better of their counterparts in Sergi Caños and Rico Henry. In the absence of Toni Rüdiger and Thiago Silva, young Trevoh Chalobah will have quite a task on his hands in order to contain the in-form Ivan Toney and his strike partner in Bryan Mbuemo – but the Bees’ back three will also look to be on their guard in order to keep out a pacey customer like Timo Werner. Brentford who last triumphed over this weekend’s opponents in the 1938/39 season, fell to successive 4-0 defeats in their last two outings against the Blues – and they will most likely have to be at the top of their game to avoid a third successive defeat to Chelsea.

Even though there have been a lot of bright spots in Brentford’s commendable start to life in the Premier League, none of them have shone brighter than their talismanic striker Ivan Toney. The English forward who scored the most goals in the Championship last season has racked up two goals and two assists in the Premier League so far this season and offers a focal point for Brentford as an attacking outlet. Even though the influential striker can finish well with either foot, Toney is also excellent in the air – as no other player has won more aerial duels in the top flight this season. If the Bees are to get anything out of the weekend’s outing, Toney will need to be at his dominant best against a Blues rearguard missing a couple of usual suspects.

In the likely absence of Romelu Lukaku, the goal-scoring responsibility for the Blues falls right on their German forward Timo Werner. Werner who had his issues in front of goal last season started this season as an impact substitute to inject pace off the bench, but recent creativity issues have meant that he has found his way back into the Chelsea team. Werner was influential in Chelsea’s last league outing against Southampton, as he overcame yet another disallowed goal to net what looked like the Blues’ winner in the closing minutes of the game. His goals are not all he provides though, as it is Werner’s movement and pace that causes opposition defenders all sorts of problems. The forward is also in good touch in front of the goal, having netted twice for Germany in the international break to help them qualify for the 2022 FIFA World Cup.