Saïd Benrahma is an Algerian forward playing his trade in English second division for Brentford. He’s recently been linked with numbers of Premier League clubs including the likes of Leicester City, Newcastle United and Arsenal.

Benrahma is an attacking midfielder who predominantly plays on the left-wing though he can also be deployed on the right-wing. Benrahma has been widely regarded as the best player of the Championship, overtaking players like Aleksandar Mitrovic and Helder Costa.

While it would be unfair to compare his stats with a PL player, though it can be compared with a player who played in the Championships last season. The 24-year-old has made 28 appearances this season with 13 goal contributions including 8 goals and 5 assists.

Daniel James, now a Manchester United player, made 33 appearances last season for Swansea in the Championship, in these appearances he had 11 goal contributions including 4 goals and 7 assists. 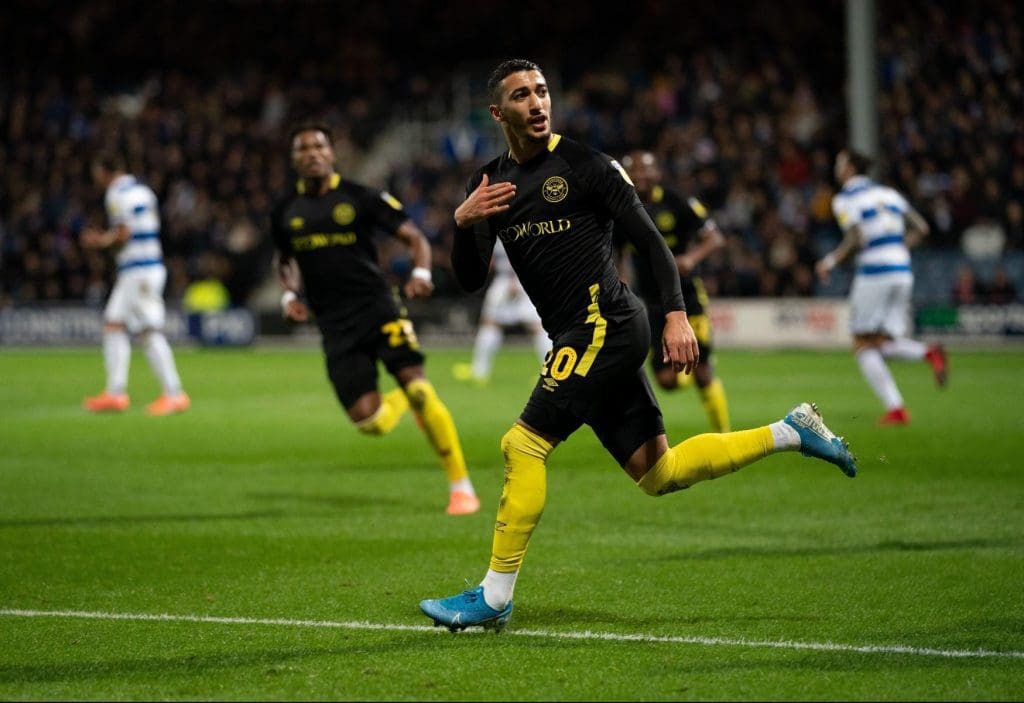 Benrahma is providing 2.3 key passes every match while also completing on average 3.2 dribbles per match. He is taking 3.7 shots per game, making 1 successful cross and 1.4 successful long balls each match.

Daniel James, on the other hand, was providing 1.2 key passes every match, he was also completing 1.3 dribbles each match. His shots per game number stood at 2.6, however, he was only completing 0.8 crosses per match while only completing 0.5 successful long balls.

Said Benrahma is best known for his creative abilities and dribbling, he completes 59% of the dribbles he attempts. He also doesn’t shy away from shooting from long range. He takes 65% of his shots from outside the box. Something Arsenal have heavily lacked.

Benrahma isn’t renowned for his defensive contributors. He’s only making a combined 1 tackle and interceptions every match. The Algerian international has also played in Ligue 1 for Nice and Angers, though mostly limited to substitute appearances.

In these limited opportunities he’s taking an impressive 114.5 minutes for a goal contribution. He has now played for Brentford for two seasons, in these, he has 37 goal contributions in 52 starts, including 18 goals and 19 assists.

Market Value: €8 million
Expected Fee: €15 million
Chances to join: Still speculations, but €15 million will be well spent on a player who can become a high impact squad player Arsenal have been missing for a while now. Meanwhile with James Maddinson linked with move away from Leicester in Summer, Brendan Rodgers will be looking for a decent replacement if he lets Englishman move away from King Power.
Expected to join: In the Summer.