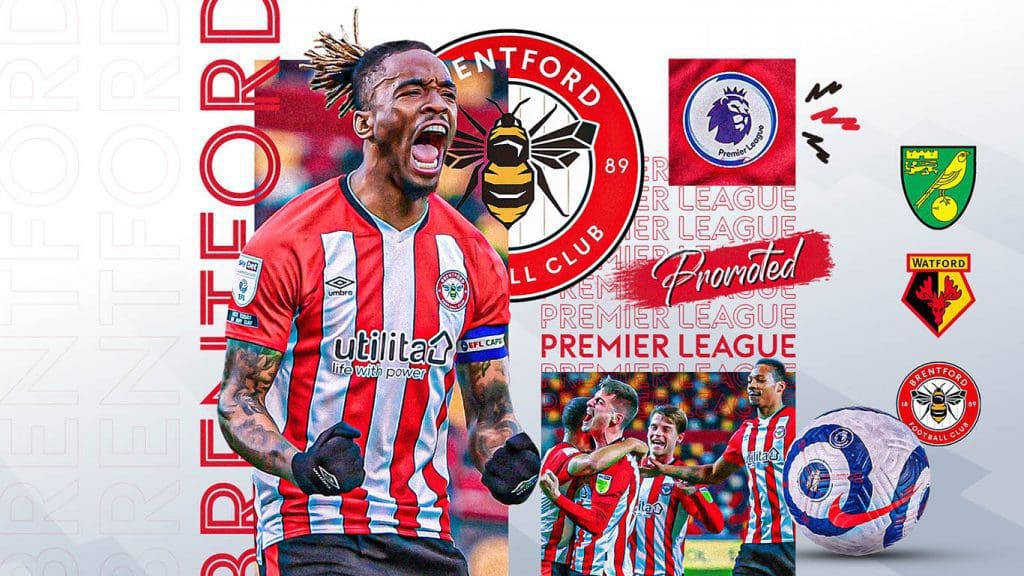 Data science; playing the odds; underlying ratings – Brentford have reached the Premier League after they failed to do so for the last 74 years, and their journey contains some of the most innovative techniques known in the sport.

The club failed to win their last 9 play-off fixtures but managed to overcome everything to finally qualify for England’s premier competition when they beat Swansea 2-0 on the 29th of May. So how did Brentford get here?

Most football clubs adopt a distinguished scouting network to sign players irrespective of their age. However, that method is not feasible for everybody. It is not possible for clubs in the third and fourth tier of English football to scout players playing in the second or third division of France.

However, technology can. Brentford club owner Matthew Benham is the root of all the success Brentford have achieved in the last decade without having an expansive scouting network. Benham, who is a physics graduate from Oxford, always believed in underlying numbers more than on-paper statistics. Look at the potential, not a one-off performance. Although Benham entered into a partnership agreement with the Supporter’s Trust in 2009, it was only in 2012 when he became a controlling shareholder. This allowed him to run the club the way he wants – through data science and analytics.

Benham moved up the corporate ladder very early as he became the Vice President of the Bank Of America in the late ’90s. However, this did not satisfy him all that much, which made him look into careers that were far more exciting than banking and bookmaking. Thus, Benham ventured into the gambling industry and eventually started his own company called SmartOdds. The company’s model is simple – they provide statistical research and sports modeling services.

Brentford are benefitting directly from this service today. Finding potentially brilliant players and developing them into world superstars is the model Brentford have used in almost a decade-long ownership under Matthew Benham. However, there is a certain catch here. While most clubs went after players who were showing their performances on the pitch, Brentford focused on players who were doing the right things, but could not deliver the same performances.

Josh DaSilva, who only played 62 minutes in Arsenal under Arsene Wenger joined the club in 2018, while Marcus Forss joined Brentford’s B team after being released by West Brom in 2019. Similarly, Sergi Canos was signed from the Liverpool reserves, while Mathias Jensen was signed after his failed stint at Celta Vigo. All of these players have one thing in common asides from football- they have all underachieved at their previous clubs due to several factors.

However, the data used by Brentford show their potential and the kind of success they can achieve if they are employed in the right areas with the right responsibilities. Statistics like xG (expected goals) and xGA (expected goals against) are used to determine how good an attacker and a defender are respectively.

However, these are some of the more common statistics Brentford employs. The more advanced ones would determine forward runs, dribbles completed, key passes, while the defenders would be judged on the kind of chances they are providing to the attackers, rather than looking at how many clean-sheets they have. The keeper would be adjudicated on the basis of shot-stopping and the areas from where he is conceding the goals and the kind of defence that is in front of him.

These have reaped huge rewards for Brentford as they have formed a squad of players that nobody would have selected, courtesy of which the club could sign these players for relatively lower prices. However, Brentford then develops these players and turns them into superstars because they shape the team around each and every player’s key features.

Players like Said Benrahma, Ollie Watkins, and Neal Maupay have gone on to represent Premier League sides, but Brentford have generated a ton of money from their sales. Their latest superstar in Ivan Toney, who has been sensational in the Championship this season, is being touted as a replacement at Wolverhampton and Aston Villa. These are sides that have finished in the top half of the Premier League table but still seem eager to spend upwards of £35 million on a player like Ivan Toney, such is the quality of the forward.

However, these are nothing compared to the money-making deals Brentford can avail, now that they are in the Premier League. While Matthew Benham has invested over £100 million in the last 10 years, the club could secure £297 million in revenue over the next five years if it survives a first season in the top division.

This is a club that has been built on data science, data analytics as well as a bit of human emotion because Matthew Benham’s core team of analysts can only point out so much as to show the potential of a player. However, it is the owner and the coaching staff that put in the hard yards with the players while belief is also a huge factor in this. Ivan Toney was not a proven striker from the get-go, but he was nurtured slowly and steadily into the goal monster he has turned into today. There are similar success stories around the club and this is how they generate their motivation at the end of the day.

They believe in the science they are employing as well as the methods on the field to develop players. Tactics are important, but Brentford have gone a step ahead and used key metrics to develop the players as per their strengths. It is hard to produce players that can do everything, but underlying numbers can point towards how much you can churn out of a particular player. Thus, a club that had no signs of coming back to the big time 15 years ago will now compete in one of the biggest money-making sporting leagues in recent history.

This is Brentford’s story, and nobody can take it away from them because they have built it with players who people had ruled out previously. This is a club that is built with strategies and techniques nobody employed before, but most of all, their belief and trust in their ideologies is what will take this club a long way in English football.

Carlo Ancelotti to Real Madrid, what does this mean for Everton?
Leeds United told to buy West Brom’s Matheus Pereira
To Top