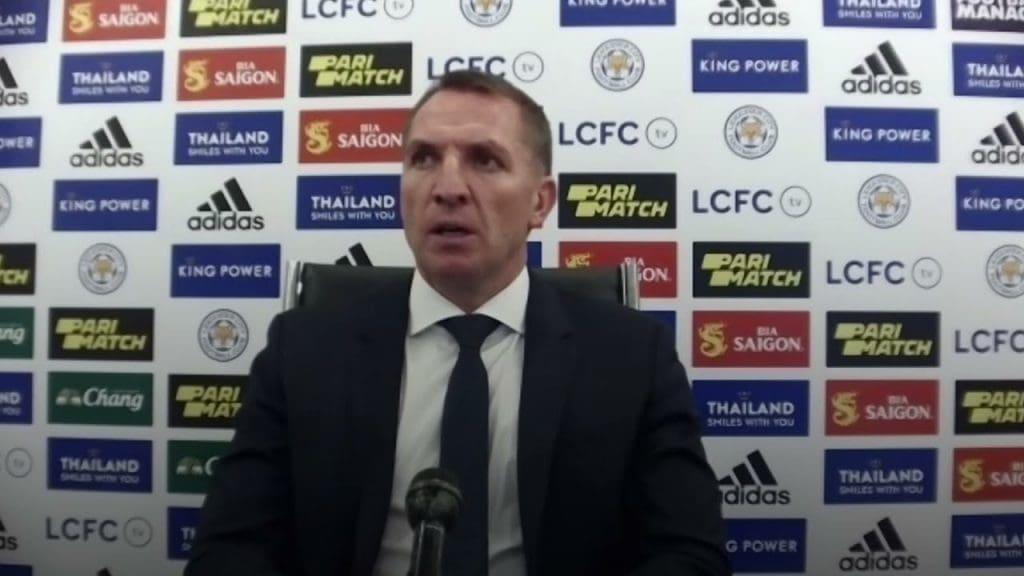 Manchester United are going off the road with Ole at the wheel, and after Liverpool’s triumph at Old Trafford at the weekend – there have been talks about replacing the driver at helm of the Reds from Manchester. While Antonio Conte is termed favourite to pick Ole Gunnar Solskjær’s pieces, it’s basically his PR team working day-night to land a job with compelling team at his disposal – like we know, Conte doesn’t believe in rebuilding processes;  he lets other managers do that for him.

While another option termed plausible to take over the wheels at Manchester United is former Liverpool gaffer Brendan Rodgers. Although as per an exclusive report by Caught Offside, the Leicester City manager is ‘Reluctant to Enter Negotiations’ with the Red Devils with him holding out for Pep Guardiola’s position at Manchester City.

There have been rumours going around for the past couple of weeks about Manchester City starting a process to search for someone capable to fill Pep Guardiola’s shoes at the Etihad Stadium. This one is probably the hardest shoes to fill in world football as of now considering how the Catalan came to the toughest league in the world and dominated the whole thing for years and years.

Brendan Rodgers has his eyes keen on this one for sometime now. Rodgers enjoyed a sublime spell at Celtic which was followed by steading the ship at King Power with Leicester City – most recently winning the FA Cup with the Foxes.

The same report (mentioned above) by Caught Offside state that Brendan Rodgers is ‘preferring to succeed’ Pep Guardiola at Manchester City, with Pep not expected to continue at City following the conclusion of the ongoing season, largely owing to his existing deal – he is anyway expected to call it off in eighteen months time.

This is when Brendan Rodgers has his way paved to move from Leicester City across North-west to the home of reigning Premier League champions – Manchester City.