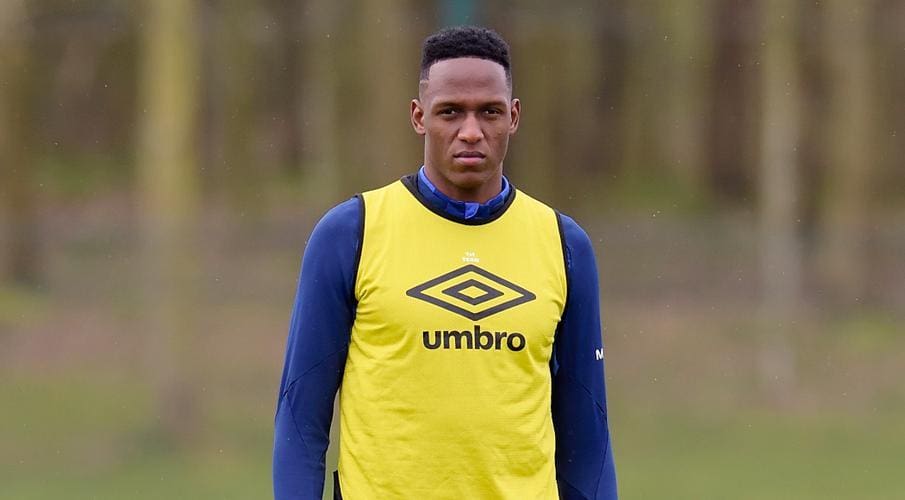 Everton centre-back Yerry Mina is set to miss the Premier League season’s restart after picking up a thigh tear in training on Friday.

The defender will be out for several weeks and that is likely to rule him out of the resumption of the league which is slated for June 17.

A short statement on Everton’s website said: “Everton Football Club can confirm Yerry Mina is set to be sidelined for several weeks after sustaining a muscle injury.

“A scan confirmed the Colombia international suffered a partial tear in his left quad muscle during training last week.

“The 25-year-old is now in the early stages of his rehabilitation under the care of the club’s medical staff and making good progress.”

The Toffees’ first game when the league resumes will be against Merseyside rivals Liverpool who have taken a 25 points lead in the Premier League standings.

Should Manchester City fumble in any of their remaining games, Jurgen Klopp’s side will need just one win to clinch the Premier League title, while two wins from the last nine games would secure the Reds their first top-flight title in over 30 years.

The injury to Mina may be a blow to Carlo Ancelotti who has also seen Jean-Philippe Gbamin been ruled out for the next six months with an achilles injury.