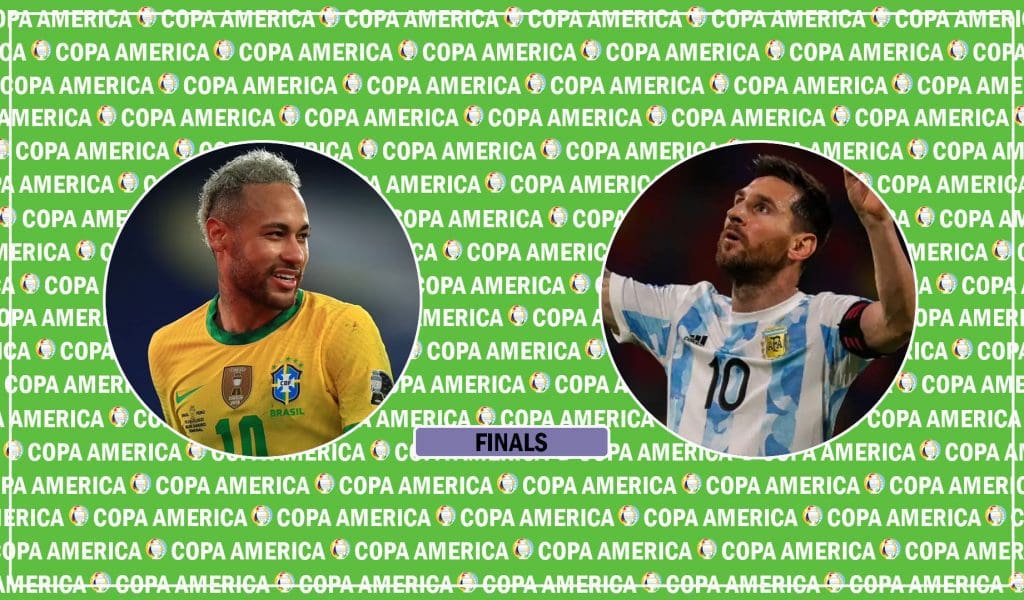 Two bitter rivals, one final to win it all– Brazil and Argentina are set to play out the 2021 Copa America final on Saturday, in what is a hugely anticipated tie between the two South-American heavyweights. Although the headline will be Neymar vs Lionel Messi, this is much bigger than that because, for some players, this is a once-in-a-lifetime opportunity, and given the rivalry, it is going to be a heated affair.

COULD BRAZIL RETAIN THEIR TROPHY?

Head coach Leonardo Bacchi or ‘Tite‘ has chalked and changed his lineup over the tournament and he needs to be certain about his team selection against Argentina, who are certainly the toughest opponents in this year’s tournament. They have gone with a set 4-2-3-1 formation in every single game till now and there is a chance that he could use a 3 man midfield to defuse Argentina’s forward line. While Casemiro and Fred are confirmed starters for the game, Tite could also put Fabinho into the midfield or use Marquinhos in the midfield line as he already plays that role in Ligue 1 for Paris Saint Germain.

Thiago Silva, Renan Lodi, and Danilo will also start for the Selecao but the only other confirmed starters for the team would be goalkeeper Alisson Becker and their talisman in Neymar. The forward line has been changed constantly amongst players like Richarlison, Everton Soares, Riberio, Lucas Paqueta, Vinicius Jr., Roberto Firmino, and the suspended Gabriel Jesus. However, given that Argentina do not have a lot of pace in their backline, Richarlison could be chosen to be a constant menace for the opposition defence.

Also, given the size of the game, Tite might revert to Roberto Firmino due to his experience in the big names. However, it would be hard to keep Lucas Paqueta out as it was his goal against Peru that got Brazil to the final. Thus, what Tite could do is play Firmino down the center, and Richarlison out on the right side with Lucas Paqueta playing behind Firmino, although this could hinder the all-round play of the team as both players have a similar style. The smarter option, however, would be to use Everton Soares or Riberio on the right side and use Lucas Paqueta has an impact substitute while the others could play in their preferred positions.

Chances like these come very rarely, but if Brazil grabs the game by the scruff of the neck, they could certainly re-create the heroics of the 2004 Copa America final, when they beat Argentina in the final on penalties.

Gabriel Jesus, who was shown a red card in the game against Chile in the quarter-final will be missing the final due to a two-match suspension. This is particularly hard to hear for Jesus, who gave his everything until the last 8, while it is also bad news for Brazil as they are now without an out-and-out centre-forward for the final with either Roberto Firmino, Neymar, or Richarlison having to deputise in that role.

Brazil Player to Watch out for vs Argentina:

The second-highest scorer for the Brazil national team, Neymar, will be the man for the big occasion, and it does not get any bigger than this. The PSG forward has shown his passion for the country time & again but will now have a chance to do so against their most bitter rivals. Additionally, he is only two goals away from winning the golden boot at the tournament but will face a stern challenge from his Argentina counterpart in Lionel Messi, who is currently leading the charts.

ARGENTINA NEED TO PULL THIS OFF FOR THEMSELVES, IF NOT FOR MESSI:

There was not a sober eye in Argentina when the national team lost their second consecutive Copa America final in 2016, with Lionel Messi’s face gaining more headline coverage than winners Chile. This was followed by Argentina losing in the semi-final of the tournament in 2019 to their opponents in the final this year, Brazil.

For a team as good as Argentina, it is a wonder how they have not won a major trophy in Lionel Messi’s era. They have the players, and more often than not, they also provide stellar performances but face severe performance anxiety when it comes to the big games. Thus, it was a big relief for them when they came through against Colombia in the semi-finals of this years’ tournament, that too, on penalties, with Lionel Messi scoring this time round. It feels like it is in their destiny this year, and they would not want anybody to mess with it, least of all, Brazil.

Manager Lionel Scaloni has used consistency to his advantage in this tournament by playing a lot of the same players in every single game. This has allowed the team to gel together seamlessly, with little to no training before the tournament. However, the two positions, where he has made changes is in the left-back and defensive midfield roles.

Nicolas Taglafico and Marcos Acuna have been playing almost alternatively at the tournament, and Taglafico might get the nod again as he was also selected for the semi-final against Colombia, while his attack-minded nature is also helpful for this reserved Argentinian side. The rest of the backline pick themselves as German Pezzella, and Nicolas Otamendi will be in the centre of defence with 23-year-old Nahuel Molina in the right-back role.

In central midfield, Guido Rodriguez has been the chosen one on most occasions, however, Leandro Paredes has certainly made a case for himself for that role. Scaloni might prefer Rodriguez again as he was selected in the semi-final, while he is also the safer option against an attack-minded Brazilian side. Apart from these two, Argentina have a pretty consistent side as Rodrigo De Paul and Giovani Lo Celso will play alongside Rodriguez in the midfield, whereas Nicolas Gonzalez and Lautaro Martinez will be fielded alongside Lionel Messi upfront.

Argentina, like Brazil, also have incredible squad depth, as they can call the likes of Sergio Aguero, Angel Di Maria, Angel Correa, and Papu Gomez off the bench as an impact substitute.

It has been nearly 30 years since Argentina last won the Copa America and given that this could be Lionel Messi’s last chance to win the competition, Argentina will need to do everything in their power on Saturday to beat their rivals and lift the trophy again.

They will be carrying a fully fit squad for the final with Lionel Scaloni allowed to make a selection out of a wide array of players.

Argentina Player to Watch out for vs Brazil:

While Emiliano Martinez was the hero for Argentina in the semi-final against Colombia, there can be no looking past Lionel Messi when it comes to the big games. The 2015 and 2016 Copa America finals loom large over the Barcelona legend’s head, and it would be a fairytale ending to his Copa America career if he manages to win the trophy this year. He is also currently the top scorer at the tournament with 4 goals, while he also created the most goals, evidenced by his 5 assists. 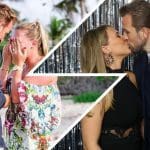 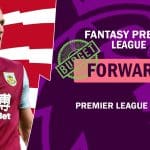 FPL 2021/ 22: Top 5 Budget Forwards to pick ahead of next season
Leave a comment