Nico Elvedi was born in Zürich and joined hometown club FC Zürich in 2006. Elvedi developed through FC Zurich’s youth ranks till he made his Swiss Super League debut at the age of 17 years 7 months and 16 days, in a 1 – 0 win against Lausanne-sport and later went on to make 26 appearances for the first team.

His performances during his breakthrough season with FC Zürich’s first team was said to be enough for Bundesliga side Gladbach to take a gamble on the defender, despite having played just a single season of senior football. Nico Elvedi  joined Borussia Monchengladbach in 2015 for a transfer fee of €4m.

The 23-year-old Swiss international is regarded as one of the best ball-playing defender in the world, boasting an incredible 95 percent pass success rate last season. While this season, he has continued his impressive pass rate by averaging a pass success rate of 91.6% per game. Elvedi’s composure on the ball, coupled with his height has enhanced his comparison with Manchester City’s defender John Stones.

Nico is best suited as a centre-back, but he’s highly capable of playing across the back four or in a three man defense. The Swiss has featured as right back in his early days at Mönchengladbach before moving into the central position.

His versatility, strength and pace are undoubtedly one of his greatest strength, as he offers multiple options to his game suiting him well across the backline. According to Le10 Sport, the 23-year-old Swiss international Elvedi has attracted strong interest from Arsenal who have continued to be linked with several defenders recently, with Pau Torres, Disasi, Upamecano, Kanote, Diop and the likes been reported to have been on Arsenal’s radar.

Speaking exclusively to ​90min last year, Elvedi said: “Of course the Premier League is attractive. Maybe there will be something in the future, maybe I will stay in Gladbach in the next few years.”

With Elvedi’s style of play, Arsenal’s manager Mikel Arteta would be delighted to add such young talented centre back to his back line who have been lacking a ball playing defender bar David Luiz who obviously doesn’t have much to play at the top level.

While Elvedi will provide a long-term solution to the defense, he will also add more stability at the back line.

Though Elvedi is contracted to Monchengladbach until 2021, a lucrative deal can be tabled for his signature this summer and Arsenal would undoubtedly be signing one of Europe’s best ball playing and quality young defender. 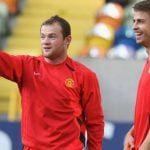 Wayne Rooney – Pique was ‘bullied’ out of Premier League
Next Article 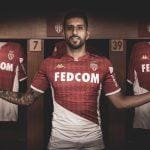