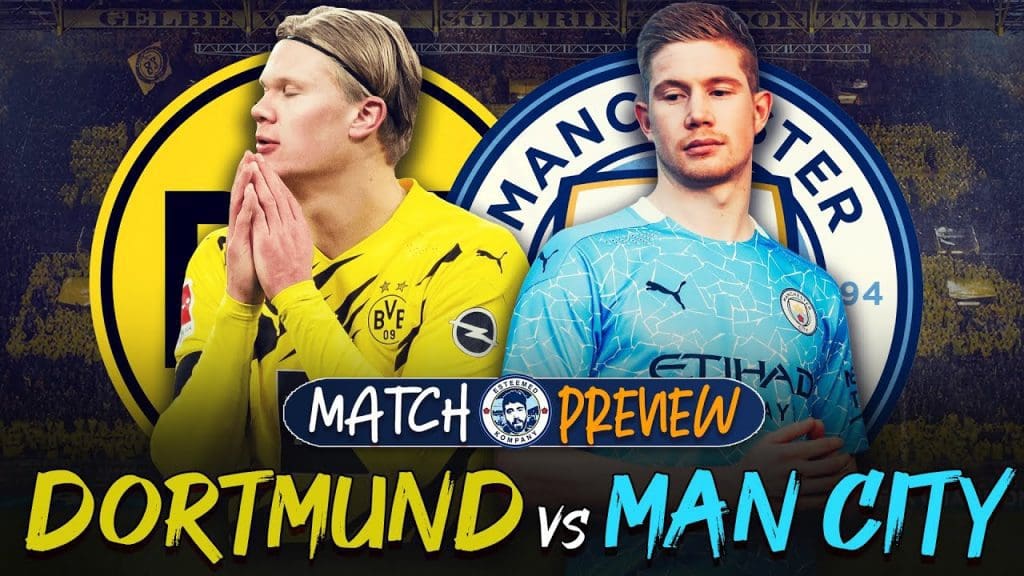 We are here again. A Champions League quarter-final 2nd leg awaits Manchester City and nobody has a clue of what kind of team will show up this time. Pep Guardiola, one of the greatest managers of this generation, is one of the most cautious when it comes to the big stages courtesy of which, the Spaniard’s sides have not reached a Champions League final in over 10 years with his 2010/11 Barcelona side being the last one to get to that stage.

This time around, the opponents are Borussia Dortmund, a team that changed the way they play last week against Manchester City and now have an away goal to play with as City visit Signal Iduna Park for a 2nd leg showdown.

A big game for both teams as Wednesday will showcase the best of both worlds – one of the most expensively assembled squads in Europe in Manchester City versus a youthful dynamic and quite honestly fearless side in Borussia Dortmund. It is only a matter of who wants it more.

Does Borussia Dortmund have it in them to beat the penultimate Champions of England?

Electric; intense; brilliant; chaotic- A pattern that this German side has often exhibited and showcased this season has been one of uncertainty with a going-for-it attitude. While most people expected to see that side of Dortmund last week, an orderly and structured starting XI threw Manchester City off their game and while Dortmund lost, they have a crucial away goal to hold on to.

Dortmund, sat back, absorbed the pressure, and hit City when they could. A tactic that has often been used by several Premier League teams to outplay Manchester City in their own backyard. It is important to note that a team consisting of the likes of Jude Bellingham, Marco Reus, Mahmoud Dahoud, and Erling Haaland are not exactly suited to sit back and it must have taken some tactical talking to by Edin Tzeric to convince this youthful side to play in a way they have never played before.

This method, however, worked and while Guardiola’s side created a bunch of chances for themselves, it was Dortmund who were making it count when they got into good positions.

Jude Bellingham was sublime in midfield and quite frankly deserved a goal that was ruled out due to disastrous refereeing. Erling Haaland, while quiet for most of the night, came into life in the last 15 minutes as he provided the assist for Reus’ goal and that is the mark of a great football player as they only need a moment to change a game. Emre Can gave his heart out covering the Dortmund backline and it must’ve hurt when Phil Foden scored the second goal in the last minutes of the game.

However, now in the 2nd leg at the Signal Iduna Park, Dortmund will be confident, ready, and will know that they have a really good shot of upsetting the odds and showing their talent, a side of theirs that was restricted in the 1st leg. Moreover, ex-City academy player and now Dortmund’s 2nd best player after Haaland, Jadon Sancho will surely be back for the 2nd leg and although he might not be fully fit, the last thing the City defenders will want to see is Sancho coming off the bench for the last 20-30 minutes.

Edin Tzeric knows what is at stake and will surely inform his players of the same. It is now up to the Dortmund boys to prove their value to the rest of Europe and defeating Manchester will certainly send a strong statement across the continent.

Guardiola is well aware of the pitfalls but now wants to experience the fruits of his brilliance:

Make no mistake, Manchester City have played the best football in Europe since 2017. The Citizens do not have the European silverware to show for it but have been scintillating and brilliant and a lot of it is down to the genius of Pep Guardiola.

This genius of the Spaniard, however, goes for a toss when it comes to the knockout stages of the Champions League as Guardiola trusts a system more than his own players.

Order; Structure; Tactics- These 3 key elements according to Guardiola are important to win a game, a methodology that also acts as a curse for the Spaniard’s teams. Guardiola’s lack of man management and faith in his players costs him dearly and while he has adapted brilliantly to it this season, the basics will never change for him.

Guardiola will always prefer playing a formation he has never played before even if it means causing a sense of discomfort to his team. This is a manager who sets up a team to his system and not a system for his team.

While City did win the game 2-1, it was not convincing and it is surely not a walk-by of a 2nd leg. Playing the best football demands consistency and Guardiola ruins it with inconsistent tactics when it comes to important fixtures. A demotivating factor could also be the 1-2 loss against Leeds on the weekend as Bielsa exposed City and showed that it is the team that takes their chances that wins the game.

“I will take the 3 points, you can take the ball home”- Jose Mourinho’s infamous one-liner when he was asked if he enjoyed winning the game with only 35% possession of the ball. It is what you do with the ball that matters rather than consuming tactics.

You know the City players, you know Guardiola. What one does not know is the kind of eleven that are going to come out against Dortmund for the second leg. A player whose experience could be useful for a tie like this in Aguero is injured while Aymeric Laporte is also doubtful for the 2nd leg.

Regardless of all this, Guardiola has enough firepower to beat the best in Europe, it will only be down to how Guardiola uses his brain that will prove key to this tie and be a make or break for an often frustrated Manchester City at this stage of the competition. 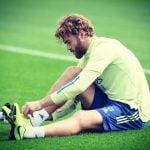 Calum Chambers, not over yet at Arsenal?
Next Article 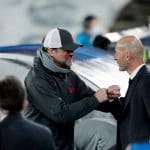 Liverpool vs Real Madrid: Jurgen Klopp counting on Liverpool’s theatrics in the Champions League to be a motivating factor for his Red Army
Leave a comment