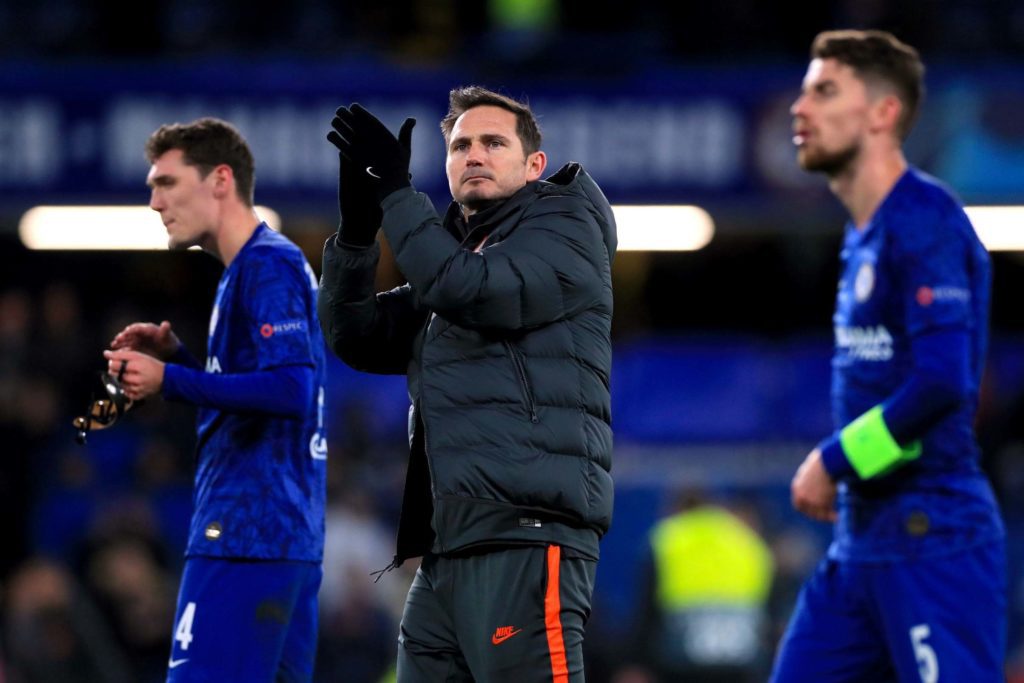 Bundesliga Champions Bayern Munich will welcome Premier League side and FA Cup finalist Chelsea to the Allianz Arena on Saturday night, in their round of 16 second leg encounter.

Bayern already have a three goal advantage over Chelsea, thanks to their impressive first leg outing at the Stamford Bridge in February.

While Chelsea who failed to win their FA Cup final against fellow London rivals Arsenal will be fighting for how to catch up their three goals deficit which they suffered in the first leg meeting.

Both clubs will be looking to take advantage of what seems like a possible weakness as Chelsea will be without some of their key players, especially Cesar Azpilicueta, Pedro and Christian Pulisic who suffered injuries in the defeat to the Gunners. While Bayern will most likely be lacking match fitness, after being out of action for almost a month.

The two teams will be counting on their superstar players on Saturday’s superpower match. But few clashes during the match could swing the victory in favour of their team, which are the expected superior fight between those who are likely to face each other and impose their strengths over their opponent.

We are going to look into five major clashes on Saturday’s encounter and how they are likely going to influence the match.

Bayern Munich goal machine Robert Lewandowski will be a player the Blues will need to be weary of. He is the type of number 9 who doesn’t need a lot of chances before scoring a goal. His 34 league goals this season has been an outstanding feat from the Bayern forward.

With Lewandowski’s ability to move into spaces coupled with his movements on and off the ball and his positioning within the box, Chelsea’s defender Rudiger will be tasked to nullify the Bayern Munich forward’s threat around the box.

While Rudiger who has had an inconsistent performances throughout the season will be tasked with limiting Lewandowski’s influence and movements around the box.

Though the German defender might have had some ups and down with his performances lately especially in their FA Cup final against Arsenal where he was overrun by the Arsenal’s forwards, but Rudiger is still one of Chelsea’s best centre-back who could produce a world class performance against the best attacker if he’s able to rediscover his form.

Chelsea will be hoping that Rudiger performs better on Saturday night, which will give them the confidence to attack the Bundesliga champions to equalise their 3 goal deficit.

Chelsea’s in-form striker Olivier Giroud will be spearheading the Blues attack once again on Saturday night. Chelsea faithfuls will be hoping the Frenchman would continue his impressive form which has seen him starting virtually in all the matches Chelsea has played since the league restarted coupled with his impressive goal contributions afterwards.

His nice flicks, final pass, positioning and finishing will undoubtedly give Bayern defenders a lot of work to do, should in case the Frenchman is given unnecessary freedom to operate. Bayern’s centre-backs will have to be on their toes all through the game to curtail his movements.

While Bayern’s defender Jerome Boateng has shown all through the season that regardless of his age, he’s still one of the best centre-back in Europe.

He has shown countless times that he still has what it takes to produce excellent performance against top quality attackers.

With his level of experience and quality both on and off the ball, Boateng definitely have what it takes to cause a nightmare for Chelsea’s attackers especially Olivier Giroud, who would be going toe-to-toe against the ex-German international defender.

The Spanish midfielder Thiago Alcantara is widely regarded as the heartbeat of Bayern’s midfield. His ability to orchestrate the midfield as a deep lying playmaker, hereby dictating the tempo of the match, makes the intelligent midfielder an important component in Bayern’s midfield battle.

Thiago will need to be at his best once again, so as to put his team in a comfortable situation throughout the 90minutes of play. His decisive passes, techniques and technicality will be Chelsea’s Achilles heel.

While Chelsea’s midfielder Kovacic has been able to rediscover his form under Frank Lampard. The Croatian midfielder has shown tremendous energy, skills, intelligence and agility from the middle of the park.

His skill set and ability to position himself in order to receive a pass and drive forward with the ball at his feet, makes him one of Chelsea’s most productive player. His endless runs and precise passes are part of his numerous qualities. The midfield battle between Thiago ànd Kovacic will be an interesting show and also the likely match decider.

The 25-year-old Germany international winger Serge Gnabry will once again be looking to produce another magical performance against the Blues. The winger is in great goalscoring form this season, courtesy of his 23 goal contributions in 31 league matches.

The former Arsenal winger has the pace and dribbling skills to beat his opponents effortlessly and also has an eye for a goal. Chelsea’s left wing back Marcos Alonso will need to position himself properly against the speedster.

While Chelsea’s left (wing) back Marcos Alonso is an experience player who is adept to controlling the left side territory. His ability to make bursting runs up and down the left side conjoined with his defensive attributes will need to be on display against his likely opponent Serge Gnabry.

His recovery ability and quick turn will be needed against the skillful Serge Gnabry.

Bayern’s 19-year-old and Canadian left-back Alphonso Davies has made a lot of headlines this season. His incredible and consistent performances as seen him featuring more regularly at the left back, hereby, relegating Bayern’s ever reliable defender David Alaba to a centre-back role.

Alphonso Davies is blessed with raw pace, energy, precise crosses and ability to beat his maker. His defensive abilities are as good as his offensive ability. Chelsea attackers will need to stop him from going forward.

In the absence of senior players like Pedro, Pulisic and Willian, the 19-year-old pacey winger Callum Hudson-Odoi will once again be given another starting role in the first team on Saturday night.

The youngster is highly skillful, pacey and technically gifted. Though the youngster is still yet to reach his top form considering his long term absence due to injury, but his talent and quality is unquestionable.

Hudson-Odoi will most likely be facing Alphonso Davies and both players will need to be at their best against each other. Both players are blessed with pace, strength and techniques but the most in-form player on Saturday night will be one of their team’s major decider in terms of giving assist or scoring an important goal on the night.