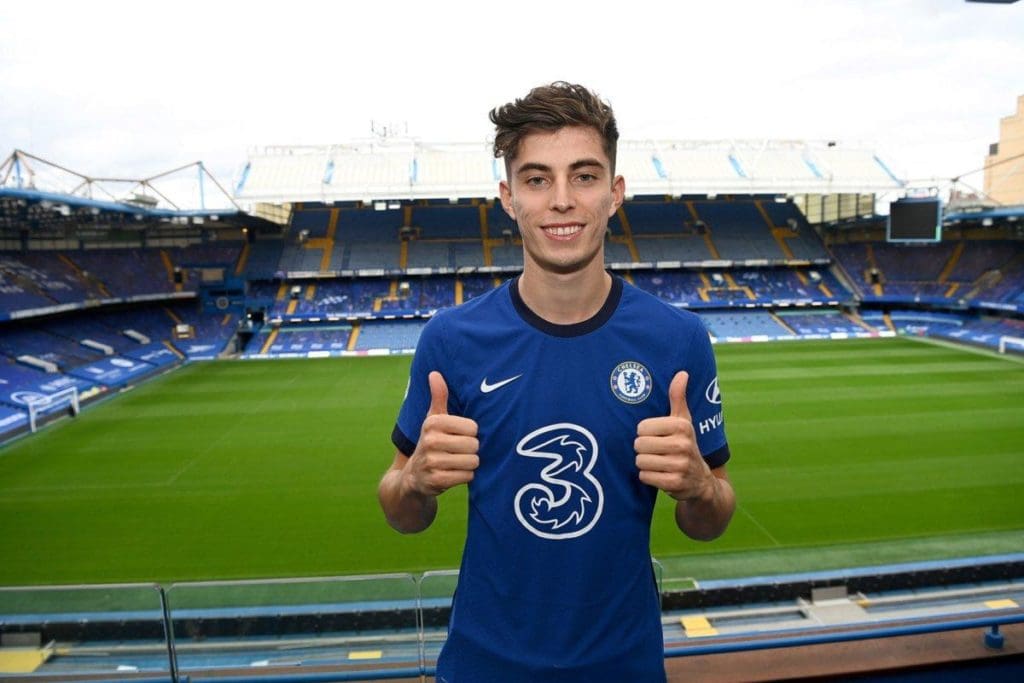 Chelsea recently announced the signing of German and Bayer Leverkusen’s playmaker Kai Havertz, after a long, intense and torrid period of negotiations between both clubs.

The Blues have had their share of success in their transfer dealings, with Timo Werner, Hakim Ziyech, Malang Sarr, Thiago Silva and Ben Chilwell, all being confirmed as a Chelsea player before Kai Havertz’ announcement.

Roughly a week after Kai Havertz’ departure, Bayer Leverkusen chief Rudi Voller has stated that Chelsea took advantage of the Covid-19 crisis in relation to the signing of Kai Havertz.

Rudi Voller believes that Chelsea were able to get the playmaker for £72million, which could potentiallly rise to £90million with add-ons due to the pandemic crisis, that has crippled several club’s finances.

Many clubs have accrued some debts and needs to balance their financial book either through player sale or letting go of some staffs, as a way of minimising their wage bill and debts.

Leverkusen Sporting Director believes the move would have been more profitable for Bayer Leverkusen and ironically more difficult for Chelsea to pull off, if they had tried to sign him in a year that hasn’t been influenced or affected by Covid-19 pandemic.

Some clubs are resulting to swap deals, while some are left with little choice than to lower the valuation of their sellable (player) asset.

“[Chelsea] simply made good use of the coronavirus period,” Voller told Bild. “Next year it would have been much harder for Chelsea to get Kai. [Other interested teams] preferred to hold back because of the high transfer fee in this special and uncertain time.”

“We also have significant revenue losses in times of the coronavirus. We will, of course, take that into account and certainly not completely reinvest the transfer fee we got for Kai Havertz. Although we still have to do something to maintain the level or to improve.”

Chelsea signed Kai Havertz after his highly commendable feat last campaign, where he scored 18 goals and provided nine assists. Kai Havertz performance, rise and consistency would have sparked a bidding war between top clubs who have made enquiry about his availability before the pandemic took over.

Considering how highly the German international midfielder is being heralded at Bayer Leverkusen, Chelsea would be counting themselves lucky to have snapped up the German playmaker this summer, as his stock would have risen tremendously if given a year more to shine in the Bundesliga with Bayer Leverkusen.

Arsenal put a £22m price for Lucas Torreira
Eberechi Eze: The answer to the creative problems faced by Crystal Palace?
To Top