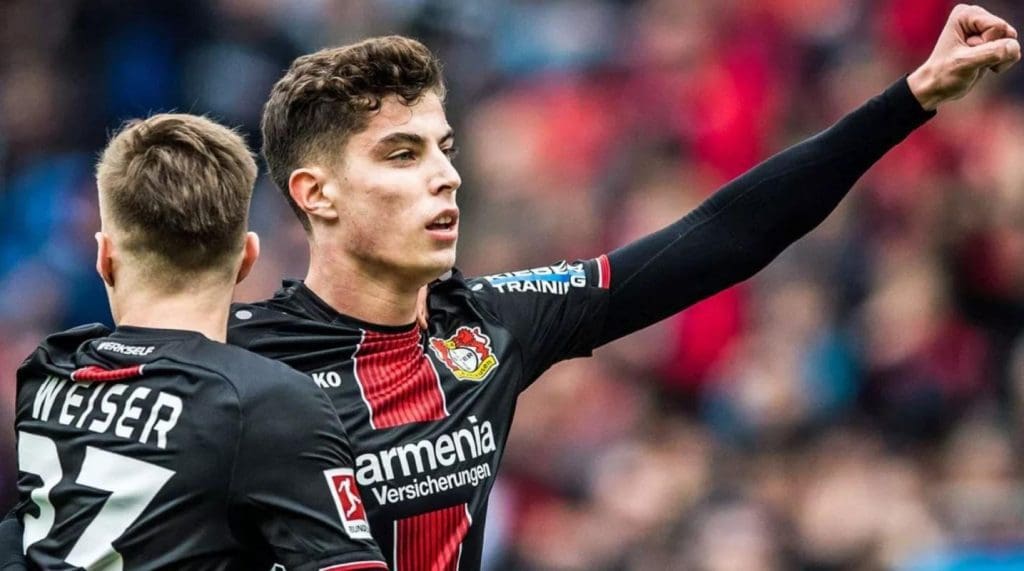 Bayer Leverkusen have reiterated their stance on Kai Havertz, with sporting director Rudi Voller insisting that the club are yet to agree any fee for the Chelsea target.

The 21-year-old has been linked heavily with a move away from the BayArena with Premier League clubs circling him ahead of the 2020/21 season.

Chelsea are said to be the front-runners for the players signature and the Germany international is also keen to team up with Frank Lampard’s side.

However, the German side are believed to be demanding a fee of around £90 million for one of their best performers in the last two seasons, and are not willing to sell for anything less than that.

With the Premier League outfit reported to be far off the Bundesliga team’s valuation of the player, Voller has suggested Havertz will only be allowed to leave the club under ‘certain conditions’, adding that they are not in a rush to cash in on the youngster.

Speaking to Kicker, Voller said: “No decision has been made yet. I’d like to repeat myself by emphasising that we’re talking about a wonderful footballer. There is nothing new in this regard. We have a clear and mutual agreement with him and his representatives that he can only leave under certain conditions. Otherwise he will stay.”

With the current situation where clubs are suffering from financial issues as a results of the coronavirus pandemic, the only way the west London club can meet Leverkusen’s valuation would be to in installments.

Havertz was once again impressive for the German club during their 2019/20 campaign, which came to an end on Monday following their defeat to Inter Milan in the quarter final of the Europa League.

He made 45 appearances for the club across all competitions in the recent season where he was involved in 18 goals and nine assists.

Manchester United are also reported to be keeping an eye on the player’s situation.