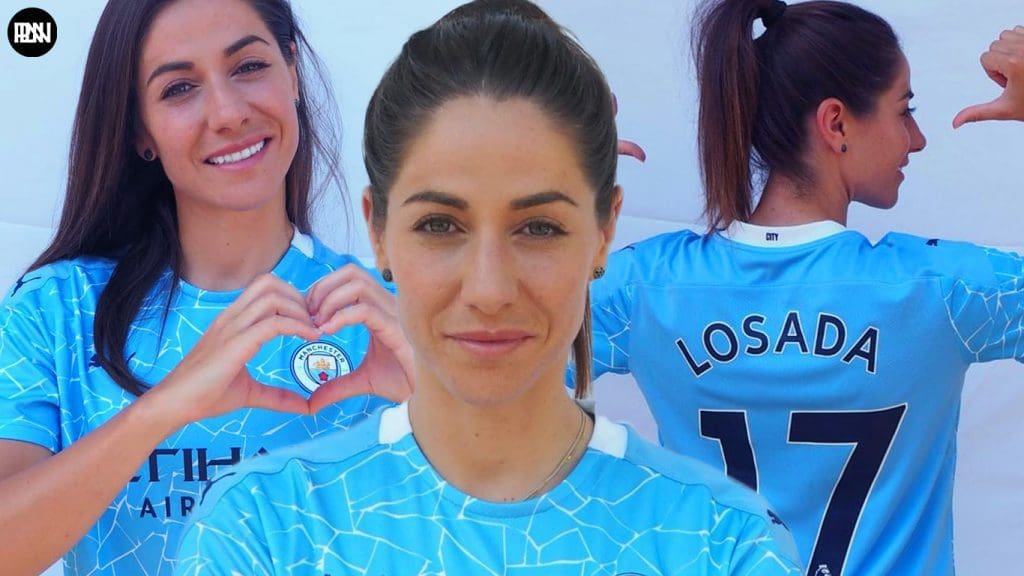 One of the greatest players of the Barcelona Women’s team in the last decade, Vicky Losada, has signed a two-year deal with Manchester City.

An excellent central midfielder, Losada has made a name for herself in Spain due to her feistiness, her style of football, and her relentless need for trophies. She was part of the Barcelona team last season that won the treble, and she hopes to do the same with Manchester City, who are yet to win a European trophy.

This, however, is not Losada’s first foray into English football as she played for Arsenal for a year and a half in 2015. She was always intrigued by English football, which is also partially the reason why she has returned.

Losada’s words when she was asked how did she make this decision: “I’ve always said that I missed the English league, I feel like it brings out the best in me as a player. I am so excited to return to it now and be a part of this fantastic football club.

Now that she has joined, it will be interesting to see where she will fit in and what can she add to the last season’s WSL runners-up.

A) Loads of experience:

City’s current 4-3-3 formation allows three central midfielders in the game, however, none of them have the experience that Losada does. While defensive midfielder Kiera Walsh is 24, Sam Mewis, who plays on the right of midfield, is 28 years old (who is leaving the club this summer) and is the closest in experience to Losada. On the left of the midfield, which is where Losada plays, Man City currently have Caroline Weir who is only 26-years-old. While Losada did spend a lot of time on the bench last season, she played incredibly well whenever she was called upon.

She can manage the tempo of the game, while she is also a great ball carrier. Losada knows how to play the big games and given that she has spent nearly 16 years at Barcelona, her style of football i.e., tiki-taka way is also something that could rub off on the current crop at City. She has won plenty of trophies at Barcelona, and it is now time to put that to good use at the new club Manchester City.

Most of City’s current midfielders are high pressing and dynamic in nature. Losada, on the contrary, is a much more calm head in the center of the pitch. Manchester City do not have a midfielder who can spray long passes out in the channels or somebody who tracks back during every counter-attack. One of their biggest games last season was the title decider in late April against eventual WSL Champions Chelsea as they drew 2-2 and threw their destiny out of their hands. They lacked control of the ball that day, while they also did not have a player who could slow down the game.

Vicky Losada can all do those things and more. She can be a high pressing midfielder when the team are losing, while she can dictate the play when they are up by a goal. Losada has the advantage of playing nearly her entire life in the Spanish league, which consists of highly technical players. The La Masia academy, in particular, is famous for teaching its players various methods to unlock a defence. Losada certainly knows how to pick a lock due to her incredible passing range, while she is also very calm in pressure situations.

All of these qualities culminate into one player City desperately need in the centre of the park. Additionally, City can also use her diligently by playing her in specific games or against specific oppositions, making her an incredibly useful player for any team.

Since Vicky Losada is a jack of all trades, she offers a lot of flexibility to any team she is representing. Neither Caroline Weir nor Sam Mewis could play as a defensive midfielder, which restricted head coach Gareth Taylor from trying a new formation.

Losada, alongside Keira Walsh, will allow City to play in a 4-2-3-1, 4-4-2, 3-4-2-1. This can sometimes catch the opposition off-guard, as opposed to City’s predictable sides. It also allows to field one more attacking player in the starting XI, while it can also be used to have players being played to their advantages. For example, Caroline Weir is an excellent crosser of the ball and can be used better in a 4-4-2 formation on the wings rather than in a 4-3-3 as an attacking midfielder.

Also, given that Walsh is only 24-years-old, Losada complements her perfectly as it allows Walsh to be the box-to-box central midfielder and Losada to look at the defensive side of the game, although both are equally capable of reversing the roles.

Thus, all in all, Manchester City are receiving an extremely talented, technical, and experienced player in Vicky Losada, who will allow them to approach the game with various methods, tactics, and formations. Her winning mentality is an added bonus, something City certainly do not mind. Every locker room needs such a player, especially one that wants to lift the biggest trophies in Europe.

The Champions League has eluded the Citizens for the longest time, but now with a player like Losada in their arsenal, this could just be City’s year to clinch the title. 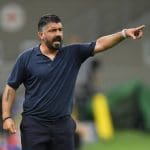