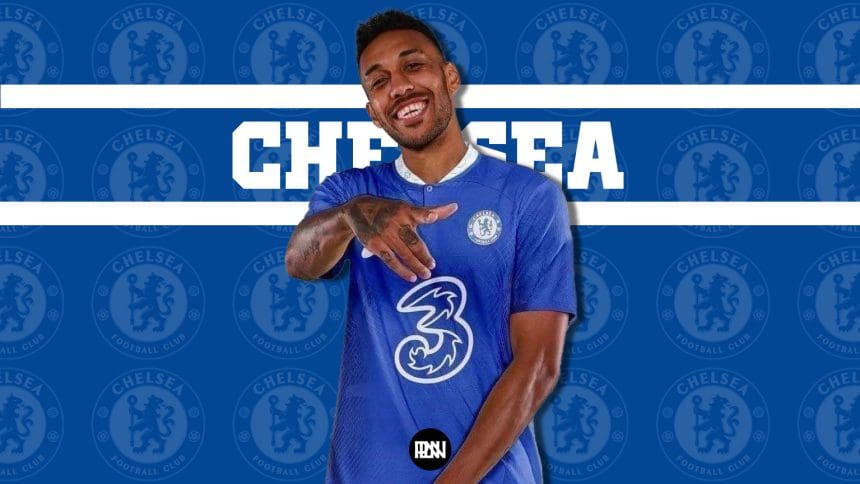 Chelsea have had a mixed start to their 2022/23 Premier League season. One narrow win against a depleted Everton side, a last-minute goal conceded to only come away with a draw against bitter rivals Tottenham Hotspur and a 3-0 humbling defeat against Leeds United have exposed the problems in Tuchel’s side with less than two weeks go for the transfer window to shut.

Chelsea’s attack was an area Tuchel wanted to work on this summer and the departures of Romelu Lukaku and Timo Werner were the first steps taken by the German to revamp his attack. Raheem Sterling’s 45 million pounds arrival from Manchester City is the only forward signing done by the club which has certainly proved to not be enough.

Tuchel has started the same front three in the opening three games of the season with Mason Mount and Raheem Sterling starting alongside Kai Havertz which is more or less the best-attacking trio the German manager has but it hasn’t worked out for the Blues. The trio have just combined to create 3 big chances in 270 minutes of football and despite the great link-up play between them, the Blues’ attack has failed to convert the chances created by the team.

According to reports in Spain and England, Chelsea are looking to bring Pierre Emerick-Aubameyang to London from FC Barcelona to fix their attacking problems. The former Gunner has played previously under Thomas Tuchel at Borussia Dortmund where the Gabonese arguably played his best football under the Chelsea manager with 79 goals and 17 assists in 95 appearances.

Let’s take a look in-depth at whether the 33-year-old is the ideal striking option Chelsea needs or if he is a panic buy for the West Londoners.

Aubameyang is a proven Premier League striker who joined Chelsea’s fellow London rivals Arsenal from Borussia Dortmund in the January transfer window of 2018 for a fee of 55 million pounds. During his time in North London, the Gabonese international scored 92 goals and provided 21 assists in 163 appearances while also being the joint top scorer in the league in the 2018/19 season.

The former Gunner is a striker who isn’t a physical no.9 who holds up the ball and plays with his back to goal like Lukaku but is more of a creative striker who loves to link up with his teammates, be more involved in the build-up play and be a real menace in the opposition’s 18-yard box. He can also play on the wings and contribute from the wide areas. The 33-year-old has the ability to beat defenders using his pace which makes him a real threat against teams with a high backline.

Since the departure of Didier Drogba in 2013, only 1 striker has been able to score 15+ goals in a single Premier League season which is Diego Costa who did it in the 2016/17 title-winning season. Chelsea have invested hundreds of millions on strikers but have failed to find a proper goal-scoring no.9 who can regularly score. The list of failed strikers includes big names like Gonzalo Higuain, Alvaro Morata, Fernando Torres, Radamel Falcao, Alexandre Pato, Loic Remy, Romelu Lukaku and the list goes on.

The Chelsea scouting department is to take some of the blame here with the Blues constantly looking to purchase big names from abroad for astronomical fees. The recent record transfer of Romelu Lukaku last summer is evidence of the self-inflicted problem the club have been having for nearly a decade. He was bought for a record fee of 97.5 million pounds from Inter Milan and was considered to be the “final piece” in the jigsaw for the Blues who were the holders of the Champions League that season.

Off-field problems between Lukaku and Tuchel along with the 29=year-old struggling to build chemistry with his players were some of the problems which led to the entire transfer failing miserably. The player’s inconsistent performances on-field which include the horror show at Selhurst Park in January wherein the Belgian just managed 8 touches throughout the game led to Lukaku falling out of favour at the club.

Throughout the season, the former Manchester United striker failed to adapt to Tuchel’s system and managed to score just 15 goals in all competitions. This summer transfer window saw the striker move back to Inter Milan on an initial loan which was majorly driven by Tuchel and the new owners to get Lukaku off the wage bill and find another clinical striker.

Is Aubameyang the right option?

The 33-year-old looks like the only viable striking option for the Blues who has previous Premier League experience and can hit the ground running as soon as he arrives in West London. Thomas Tuchel is a big admirer of the striker and shed light on the relationship he shares with Aubameyang in a recent interview. The German said, “I experienced no issues with him (Aubameyang). Some players stay your players because you were very, very close and Auba is one of those players. There was always straight away this close bond. They always stay your players in a way.”

Though the player has been involved in disciplinary breaches with Arsenal, it looks like Aubameyang is the safest option for the Blues. The player-manager relationship looks strong thereby very little risk of falling out with the manager. Auba is familiar with Tuchel’s way of playing and provides experience in the striking department which consists of Armando Broja and Kai Havertz with the former a raw talent who will require time to find his feet in the first team while the latter struggling to score at the moment.

The former Gunner will definitely be a short-term solution the striking options as highlighted by the Guardian’s Jacob Steinberg who reported that Christopher Nkunku and Rafael Leao are the Blues’ long-term targets for the striker position.

Tuchel will relish having a forward who will press, has adequate experience under his belt in the league and add precision to the Blues’ toothless attack all of which Aubameyang offers. A fee of around 25 million pounds is said to be Barcelona’s asking price to let their player leave which looks like an overall bargain deal for a player who can still play at the top level atleast for another 3 years.

Previous transfers which have seen an ex-Gunner join Chelsea have seen players usually go on to win either the Premier League/European trophy with Chelsea during their stay in the West London club with the likes of Cesc Fabregas, Ashley Cole and Olivier Giroud being the prime examples something the Blues’ faithful will be looking forward to if Aubameyang is to join the club this summer. It looks like Todd Boehly, Tuchel and the scouting department are ready to place their bets on signing a 33-year-old striker instead of a younger alternative to help their side compete this season. 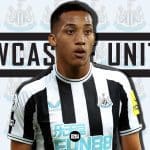 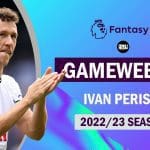