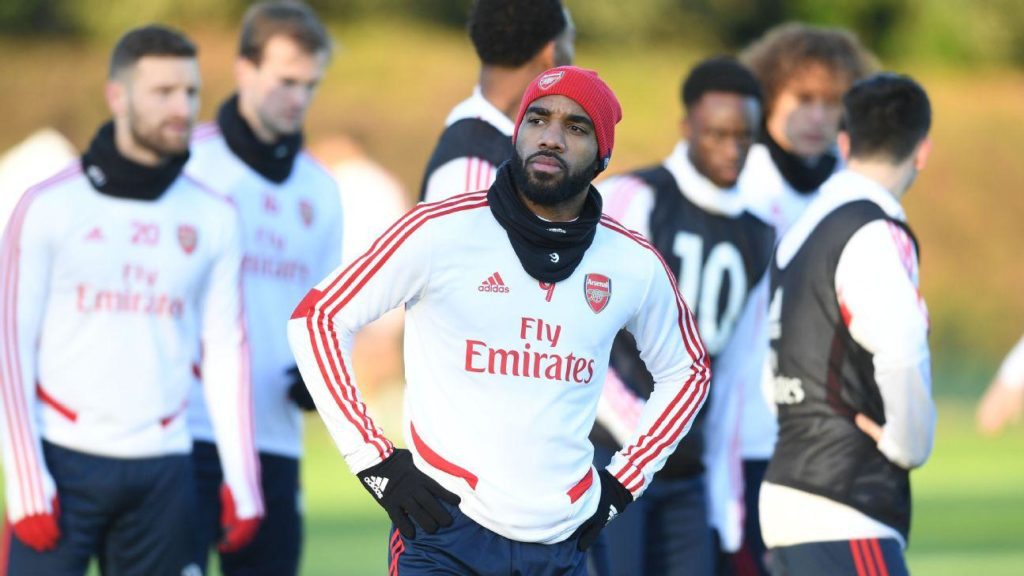 Arsenal have always looked to be little behind in transfer dealings anytime the market is open. The rationale being their limited transfer kitty that is reported allocated to them.

Well, for once they are managing to recoup some few good players on a cheap and could be of help in the next few years should that trend continue.

Having spent 72 million on Nicolas Pepe last summer, the Gunners were never going to splash out same out on a single players this summer and that was evident from everyone’s perspective considering what we have witnessed in the past.

However, that could be possible should the club decide to move some vital but unwanted squad members on – quite metaphorical but yes, so many players could be of importance but the club would have to do away with them in order to raise funds.

And one who could likely fall in this category is Alexandre Lacazette. The forward has been in and out of the Arsenal line up for some time now and this summer could be the best time for the club to sanction his sale.

The France international made the move to north London in July 2017 under then manager Arsene Wenger, where he registered 14 goals and four assists in 32 appearance during his maiden campaign in the Premier League. But he has failed to replicate same numbers for the club since then, which has been the detest of many Arsenal fans for some time now.

In his last two league seasons combined, the 29-year-old has found the back of the net 23 times in 65 outings for the club while also recording 12 assists in that time.

After the appoint of Mikel Arteta as Arsenal manager back in December, Lacazette seems to have found a new place in the team – on the bench.

The Spaniard is said to favour the young pace Edward Nketiah over the Frenchman, with captain Pierre-Emerick Aubameyang having to be drifted out of position to the left-flank to accommodate the youngster.

Nketiah was recalled from his loan spell at Leeds United in January and played 13 times scoring twice in the process for Arteta’s team en route to their eighth place finish in the Premier League.

He could be trusted with the opportunity to lead the line for Arsenal in the upcoming season and that may leave Lacazette in an unfamiliar role.

With Gabriel Martinelli also in the ranks at Arsenal, this could be the perfect yet worrying time to put Lacazette on the market to raise funds for other transfer businesses.