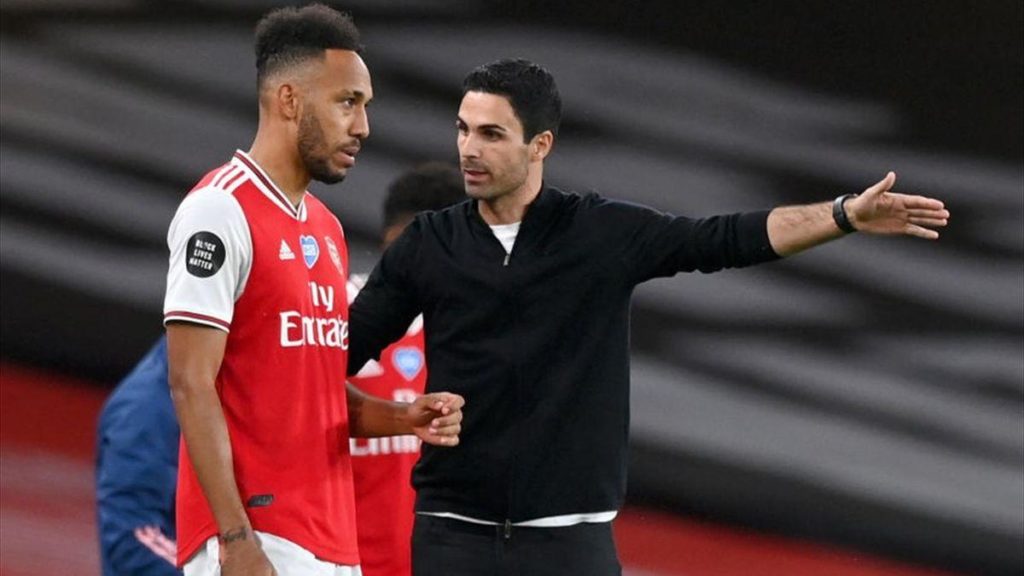 Arsenal have struggled for goals this season, the Gunners have only managed to score 9 goals so far this season. And while they look solid defensively, their lack of goals and creativity has led to them dropping points in games that they could have otherwise won. And it is their strikers that have come under criticism for this lack of goals. The two strikers combined have managed 4 goals in the Premier League this season.

Pierre-Emerick Aubameyang was Arsenal’s top scorer last season, but this season he has only managed to score 2 goals, one of which was a Penalty, meaning the Gabonese international has only managed one goal from open play this season, a shocking stat for a striker that has scored 20+ goals in each of his last three league seasons.

The defeat against Aston Villa was the first time that Aubameyang failed to register a shot on target in a Premier League game.

So what is the reason behind this immense dip in form? Arsenal simply haven’t been able to create enough chances for their strikers.

Much of the lack of creativity is down to the way that Mikel Arteta wants the team to set up, ‘a solid defensive foundation, which allows play to build up from the back.’ But those plans have not exactly come to fruition, playing an extra man in defense has limited their creativity. This has reflected in their numbers as their shots per game have reduced significantly from previous management.

Arteta has emphasized on the team defending as a collective unit, but this has led to the strikers dropping deep into their own half, a position from which they need to sprint 60 yards to be able to mount a sustainable counter attack.

When Arsenal faced Manchester City this season, they were in a similar position, defending a low block in their own half and unable to get out. Every time Arsenal tried to break, City would either win back possession, or get enough men behind the ball before the Arsenal players could start the counter attack.

‘Aubameyang’s Dip in form could also be attributed to his positional change under Mikel Arteta.’

Aubameyang is a poacher who is lethal in the box, someone who can jump at half chances and convert them into goals, This season he has started all of this season’s games out on the wing, he isn’t able to find himself in those positions now, that he took when he played as a striker.

Out on the wing Aubameyang has been asked to dribble the ball and stretch teams and put crosses into the box, and tracking back when the opposition has the ball and defending at the edge of his own box.

He has looked out of his depth on the Left Wing, a position that he is not used to playing in. Aubameyang only played 10 games out of 213 on the left wing for Dortmund. He has always played as a no.9 but is now being asked to play as a left winger by the manager.

Playing him in his favored position would certainly increase his output in terms of goals and assists, it could also free up the Left wing for Willian, allowing record signing Nicola Pepe to play in his favored Right wing position. Mikel Arteta needs to find a system that allows him to play his best players in their best positions. Finding the balance between Defense and attack.

How Jose Mourinho revived Tottenham Hotspur!
The rising importance of Centre Backs in the modern game
To Top