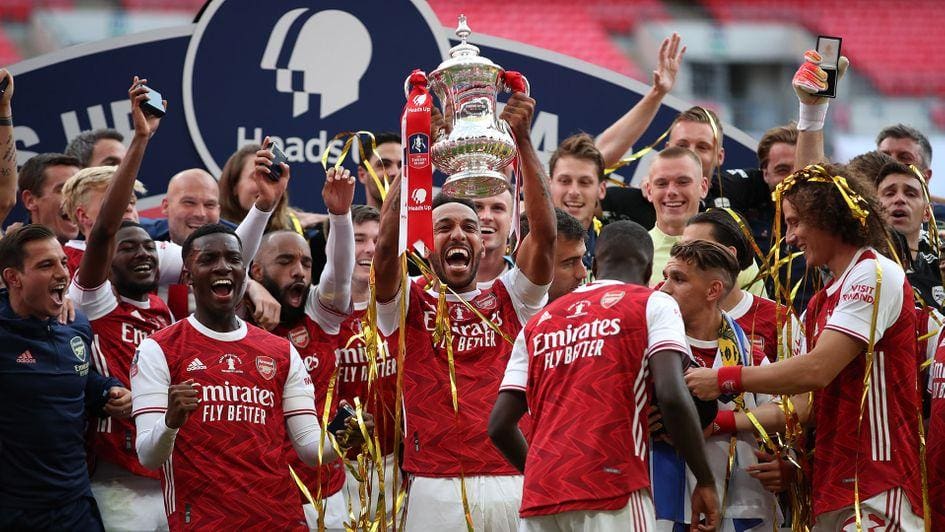 Pierre-Emerick Aubameyang turned on the style on Saturday when Arsenal defeated Chelsea in the FA Cup final at the Wembley Stadium to win their 14th title.

The Arsenal captain scored a goal in each half as Mikel Arteta beat Frank Lamapard’s 10-man team after Mateo Kovacic was giving the marching off orders after a second yellow card.

Christian Pulisic gave Chelsea an early lead on Saturday after scoring with just five minutes into the game but the striker converted from the penalty box to equalise after he was brought down in the box.

Then followed a series of injuries to the Blues players – First, Cesar Azpilicueta came off just 10 minutes before the half-time break, then the USA international was also forced off shortly after the recess with Pedro replacing him.

Arsenal took advantage of a swift counter attack with Nicolas Pepe leading the charge. After skipping past the Blues defence, the Ivory Coast international played a beautiful pass into the path of the Gabonese forward, who kept his composure before lofting the ball over Willy Caballero who was preferred to Kepa Arrizabalaga.

Chelsea then saw Kovacic sent off as they tried to draw level fouling Granit Xhaka in what looked like a controversial decision from centre man Anthony Taylor, who didn’t hesitate to show the player a second yellow card.

For Arteta it will a great feat achieved in the last few months after being appointed back in December to replace Unai Emery. It also ensures that Arsenal have sealed a place in the Europa League next season.

The north London outfit will also be hoping that their FA Cup victory will help convince Aubameyang to commit his long-term future at the Emirates Stadium.

Arsenal have now won the competition on 14 occasions – that is twice more than the next club, Manchester United who have 12.