Loaned out by Chelsea since 2018, it looks like Nathan could have another spell away in Brazil – IF the talks between Atlético Mineiro and Chelsea are successful.

Atlético Mineiro have been clear about their desire to bring back Nathan, and now director Alexandre Mattos has stated that Galo’s gaffer Jorge Sampaoli has also asked for the midfielder’s stay in Belo Horizonte for the next campaign.

“The idea with Nathan is that we stay with him. I already talked to him and his representative. There is an idea to stay here. We are having a hard time there with Chelsea”, said Alexandre Mattos to UOL.

“It seems like they’ve set a date for the return of the English Premier League, maybe that will help sort it with Chelsea. The sooner the better. He’s a player who has many positions, Sampaoli likes him. We will do our best to keep him.”

UOL also writes that Atlético Mineiro believe they can find common frounds with the Stamford Bridge side next month, as club’s representatives have already started talking with Nathan’s representative Giuliano Bertolucci.

Nathan was signed by Chelsea in 2015, and this is his fourth spell away from London without making his debut for the Blues, with whom he is contracted till 2021. 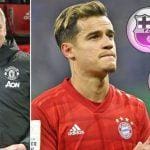 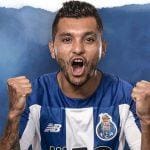