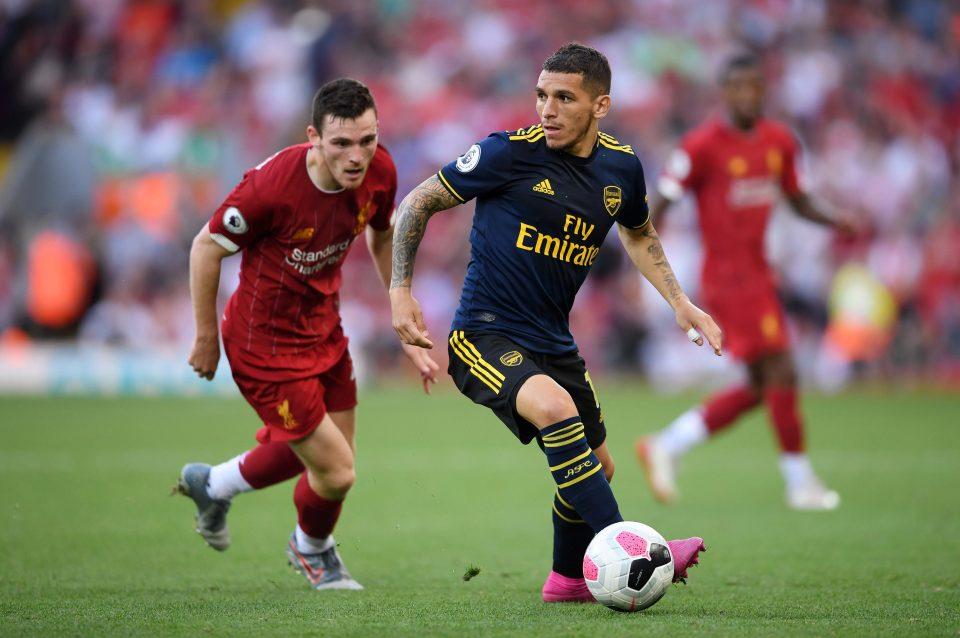 As per report from Mundo Deportivo, Atletico Madrid are interested in Arsenal’s defensive midfielder Lucas Torreira.

If the report could be taken seriously, that shows the La Liga outfit are already preparing for Thomas Partey’s potential departure, as a move to Arsenal looks to be gearing up for some months now, considering the Gunners professed interest in the Ghanian international midfielder.

It’s left to be seen if a swap deal would be preferred or it’ll be a separate deal amid the Gunners’ strong intention to sign Partey.

Arsenal have been struggling to activate the Ghanian release clause, with the Gunners said to be negotiating a reduce price, considering the sorry impact of the pandemic crisis on club’s financial capability, which has led to Arsenal in particular, placing 55 of their non-playing staffs redundant next month.

But with Atletico’s interest in Torreira, both clubs might end up being happy at the end of the deal.

Torreira has recently stated his plan to consider his Arsenal’s future due to minimal game time last season. The 5ft 6in Uruguayan midfielder was named in the starting lineup 17 times, while coming on from the bench on 12 occasions in 29 league appearances.

Arsenal’s manager obviously seems to have preferred the Granit Xhaka and Dani Ceballos combo, which has yielded great outcome in their last few games, leading to their FA Cup final triumph over their London rivals Chelsea.

With less hope of winning a starting berth in the first team, a move away from the North London club looks to be a feasible option for the brilliant defensive midfielder.

The former Sampdoria midfielder have had interests from Italian club sides like AC Milan and Fiorentina, with a move to Milan looking realistic, considering their long interest in his signature.

Nevertheless, Torreira’s future will obviously be determined by his suitor’s ability to assure him more game time.

While a move to Atletico Madrid might just be too good for him to turn down, as it would surely be a step forward for the diminutive defensive midfielder, whose capability to make good tackles and cut out attacking threats is highly praised and will surely suit Diego Simeone’s system.