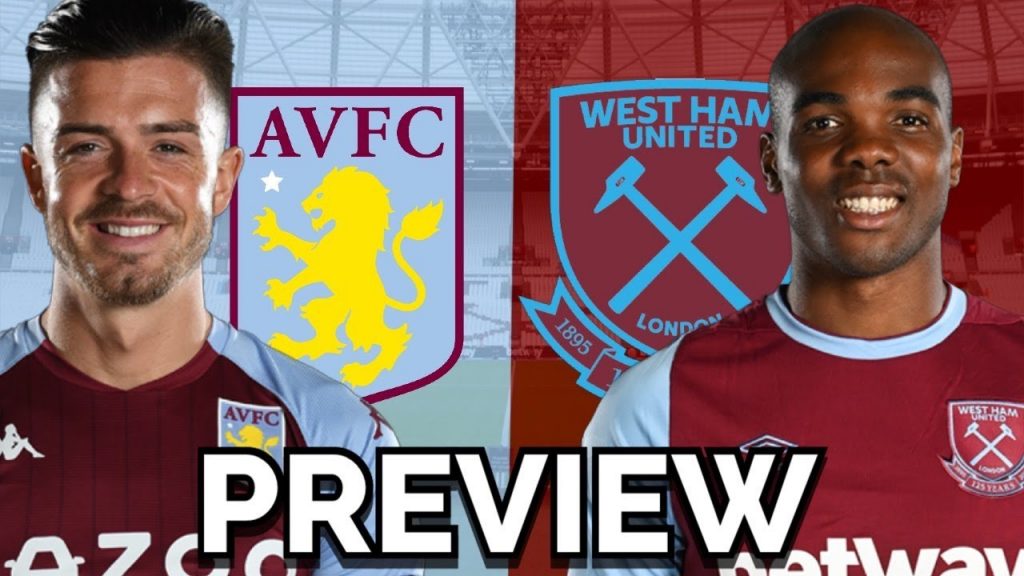 Aston Villa & West Ham United, two teams who finished just above the relegation zone last season, are putting up quite a show this season as both of them have excelled expectations and are more than in the conversation to finish in the top 4.

Their previous meeting this season at the start of December had pretty much everything you would expect from a modern Premier League game; one penalty, two VAR checks and end to end football.

West ham’s recent loss to Liverpool indicated how prone the Hammers are to counter attacks, which a team like Aston Villa will certainly look to capitalize upon. Aston Villa will be the team coming into this match with all the momentum after their victory against Southampton over the weekend.

Aston Villa have been one of the best defensive sides this season, conceding only 21 goals – 2nd best in the Premier League after Manchester City. It is going to take some doing from West ham to penetrate that defence as Emiliano Martinez looks to keep an 11th clean sheet this term.

One of the biggest strengths of Aston Villa this season, in terms of their attack, has been the crisp play in the final third with through balls being played through constantly to run behind the last defender and catch teams out with their direct approach towards scoring goals, something West Ham have been susceptible to this season.

However, this approach has led to Ollie Watkins being caught offside 16 times this season – second-most by any Premier League player this season. Bringing in Ross Barkley over the summer was a clear effort by Aston Villa to reduce the burden of creativity on Jack Grealish but due to Barkley missing one-third of Aston Villa’s season already, that plan has not worked out the way Dean Smith would have wanted it to.

West ham, on the other hand, have been incredibly potent aerially this season with 9 goals coming off headers and a lot of this is down to Aaron Creswell, Jarod Bowen and Vladimir Coufal, all of whom have been creating goal-scoring chances from the wide areas. However, West Ham’s revelation of this season has been Tomas Soucek, somebody who is fast becoming a fan-favorite among the West ham fans with his ability to perfectly time his runs into the box to head home goals with his towering personality.

PLAYERS TO WATCH OUT FOR :

Aston Villa- Jack Grealish. Even though the Ross Barkley move this season did not pan out the way Aston Villa hoped it would, Jack Grealish has taken his game to a whole new level this season. The Villa talisman has contributed to one-third of Aston Villa’s goals this season by scoring 6 and providing 9 assists to his teammates.

‘I  think he is the best player in the Premier League at the moment‘- said David Moyes in his press conference before the game on Wednesday night. This alone tells you that if Aston Villa comes out on top on Wednesday, Jack Grealish will be playing a big part in that victory.

West Ham- Tomas Soucek and Michail Antonio. This duo of West ham is highly dangerous as both have very different skillsets, with Tomas Soucek being a threat in the air and Michail Antonio with his lung-bursting pace, West Ham United could cause some serious trouble to the Aston Villa backline as the Villans look to avoid the 5th loss in 7 games.