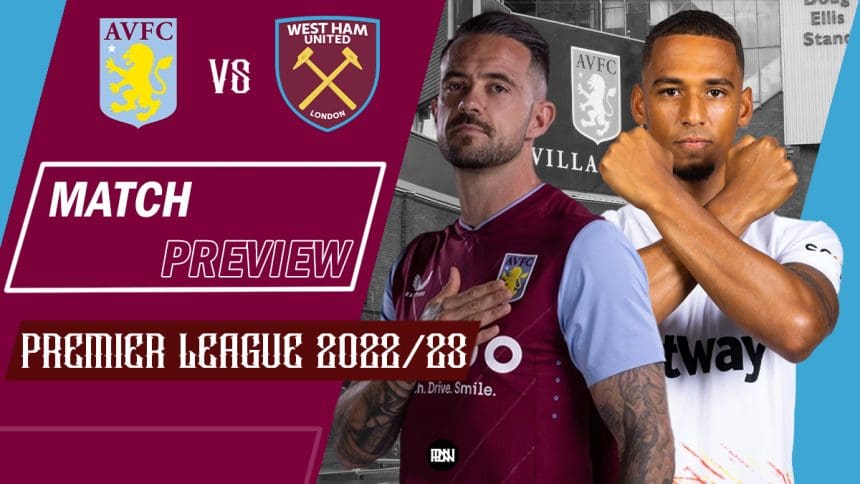 West Ham United make the trip from London to Birmingham to take on Aston Villa on Sunday.

Aston Villa were last in action in the league against Crystal Palace in London as they fell to a 3-1 defeat, their second in the opening three games. The Lions took an early lead through Ollie Watkins after a clever pass by Leon Bailey put him through on goal, but the Eagles responded almost immediately, with Wilfried Zaha scoring a tidy goal to get Palace level, less than two minutes after Villa took the lead. After that Palace dominated proceedings and could have ended with more than just 3 goals but for the heroics of Villa goalkeeper Emi Martinez. The home side were by far the better side and Villa manager Steven Gerrard had no answer to their attacking brand of football. The defeat left Villa 13th in the table after their second defeat in three and Steven Gerrard’s role has been questioned by many since.

The Lions played in the midweek in the Carabao Cup, winning 4-1 against Bolton Wanderers away from home as they progressed to the next round to set up a clash with Manchester United. The win would have given some confidence to the players and manager as they remain under pressure for their league form, especially given their squad depth and quality of players. They now go up against another London side in West Ham, who are in worse form than them.

The Hammers have not had the ideal start to the season, losing all three of their opening games. That has left them last in the table, with Leicester City and Wolves above them. They were in action in the midweek against Viborg for their Europa Conference League Play-off second leg, winning 3-0 away from home and progressing to the group stages with an aggregate score of 6-1. However, their league form has been abysmal, with the Hammers failing to score a single goal in three games. The Irons have lost to Manchester City, Nottingham Forest and most recently to Brighton and Hove Albion last weekend, as the Seagulls won 2-0 at the London Stadium.

After the past couple of seasons, West Ham fans will have been dreaming about regularly challenging for the European spots, after the Hammers finished near the top 5 spots consistently. However, their performances so far this season have not warranted a place, and manager David Moyes will certainly have to shake things up ahead of their next league game against Aston Villa. The fans will have been encouraged by the news reports suggesting that the Hammers are closing in on midfielder Lucas Paqueta, and will be hoping that the addition of a quality player as him will help get things back on track. In Aston Villa, they face a team that is similar to theirs, and both squads are pretty evenly matched on paper. However, both teams’ recent forms make for an interesting clash on Sunday.

Aston Villa manager Steven Gerrard will definitely be without new signing defender Diego Carlos, who ruptured his Achilles tendon, and has missed the last game as well. Phillipe Coutinho started on the bench against Crystal Palace, and could return to the starting lineup along with Danny Ings who was also on the bench for their defeat. There are no major injury concerns for Gerrard’s side ahead of the game against West Ham.

West Ham United cruised to a 3-0 win in the midweek in which new striker Gianluca Scamacca started, and the Italian could very well be in line to start his very first Premier League game on Sunday. New signing left-back Emerson Palmieri could be set for his debut less than 4 days after signing for the Hammers. It remains to see what tactical setup and formation David Moyes goes with, after 3 straight defeats, and if he rotates the starting lineup. Like Aston Villa, the Irons do not have any major injury concerns as well.

Both teams come into this game under huge pressure, with their league form not upto the mark expected by fans or the club. Both managers will be under pressure to deliver, and although it is just their fourth game in the league, the stakes for this one will be high.

West Ham United are a side struggling for goals and creativity currently, with the Irons failing to score a single goal in their three games so far. The Londoners are lacking the lethalness in the final third that they have shown over the past couple of seasons, and their star striker Michail Antonio, who despite working hard has not gotten the chances he should. Villa, who are currently missing their best defender in Diego Carlos will be hopeful to take advantage of the Hammers’ attacking woes and capitalize on their misery to get a good result.

West Ham United have the quality needed to get past Aston Villa, and they have a very good chance of opening their account on Sunday. It goes without saying that the Irons will need to work very hard, and will also need to keep things tight at the back. Villa have a very potent attack in Watkins, Ings, Bailey, Coutinho and Buendia, and Declan Rice and Co. will have to be alert at all times to get a positive result away from home.

Drafted back into the side by manager Steven Gerrard against Everton, Watkins repaid the manager’s faith by putting in an outstanding shift. He ended the game with two assists to his name, and followed that performance up with a goal against Crystal Palace last weekend. In the defeat to Palace, Watkins was one of very few players in the Villa team who could be spared some criticism. He finished his chance beautifully, and his runs throughout the game were the only threat to the Palace defence. His recent performances have done nothing to harm his place in the starting 11, and he will be expected to line up to lead the attack again on Sunday.

The new Italian striker in London made waves with his performances in Italy last season for Sassuolo, scoring 16 goals in 36 appearances for the Serie A side. His energetic and prolific displays caught eyes of scouts across Europe, and was chased by many top clubs in the summer. However, West Ham beat everyone to the prize and prised the 23-year-old away from Italy to start a new chapter in England. He has not started a Premier League game yet, but has two goals in two starts in the Europa Conference League. His brilliant display in the midweek will have surely brought him closer to a full Premier League debut, and with the Irons struggling for goals so far this season, starting Scamacca is something that David Moyes will be pondering over. It remains to see if Moyes tweaks his system slightly to partner the Italian with Michail Antonio or starts his new striker and benches Antonio. 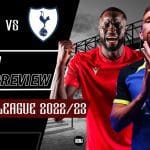 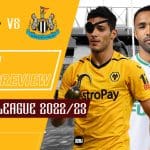