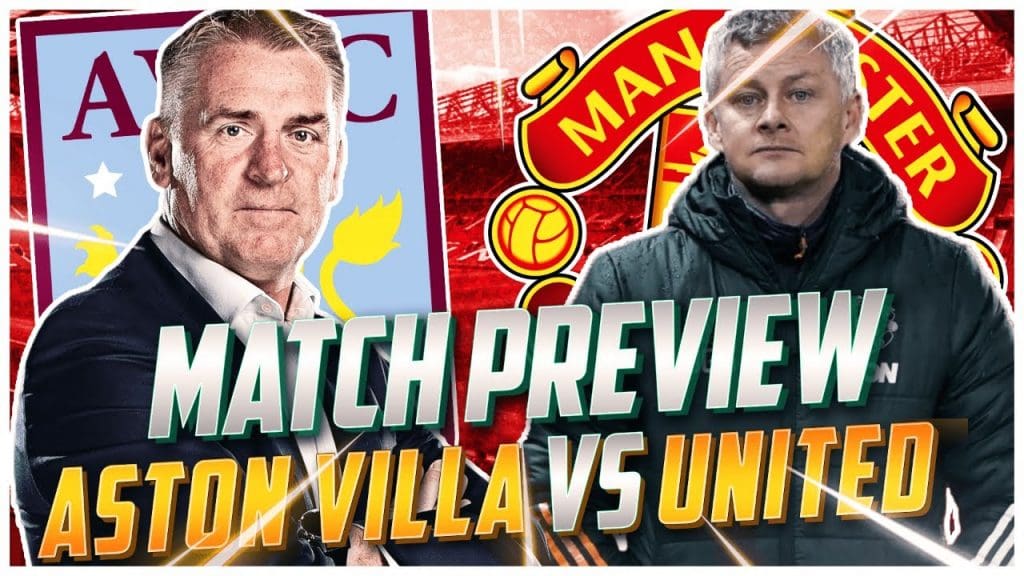 Manchester United are back in Premier League action after 2 weeks, a week more than expected as the home game against Liverpool had to be postponed due to the fan’s protest at Old Trafford against the European Super League and Glazer’s ownership. United now travels to Birmingham to take on Aston Villa at the Villa Park on Sunday.

United are certainly in high spirits at the moment as they progressed to the UEFA Europa League finals, despite losing the second leg to AS Roma in Rome on Thursday. After a 6-2 humiliation of Roma at Old Trafford, United qualified for the final in Gdansk, Poland, with an aggregate score of 8-5. The Red Devils now enter into a very busy part of their season, with United playing 3 games in a space of 6 days.

Manager Ole Gunnar Solskjaer expressed his disgust at the fixture congestion and said it was a decision taken by people who have never played football. But, with United’s squad depth, he will be able to rotate his team, with important games against Leicester City and Liverpool coming up. Man United are unbeaten in 13 Premier League games now, and are unbeaten in 24 away PL games, second only to Arsenal’s unbeaten away run of 27 games from April 2003 to September 2004.

Aston Villa were tipped by many at the start of the season to challenge for the top 4 places, as they showed convincing form. However, coming at the business end of the season, Villa are now in 10th place, with 48 points, just one behind Arsenal who have played a game more. It is now extremely difficult for Villa to get into the top 4, as they are 11 points adrift with 5 games to go.

They will have to be content with a top-half finish, which is also a sign of progress for the team that narrowly escaped relegation last season on the last day. Villa are in a mixed run of form coming into the game, having won 2 and lost 2 out of the last 5 games.

Manchester United will be without French forward Anthony Martial, who although is back in training, is not fully fit and is expected to be ruled out. There is a doubt over the availability of Welsh winger Daniel James, who also missed out on the trip to Rome. Phil Jones is the other absentee with a long-term injury.

Aston Villa will be without captain and star player Jack Grealish, who has been injured since mid-February when he picked up a shin injury. January signing midfielder Morgan Sanson is also expected to miss out on Sunday’s game. Egyptian winger Trezeguet is also ruled out with a knee injury. Villa striker Wesley is also unavailable for the game against United.

Manchester United are in scintillating form and Villa will find it difficult to contain the Red Devils’ attack. However, Villa have played well against big opposition this season and Dean Smith will certainly come up with a way to make life difficult for the United boys. It will make for an exciting watch, and Man United will be expected to prevail against a tricky opponent, who will do everything they can to claim a big scalp.

Liverpool vs Southampton: Do Klopp’s men have any fight left in them?
Wolverhampton Wanderers vs Brighton & Hove Albion: Match Preview | Premier League 2020/21
To Top