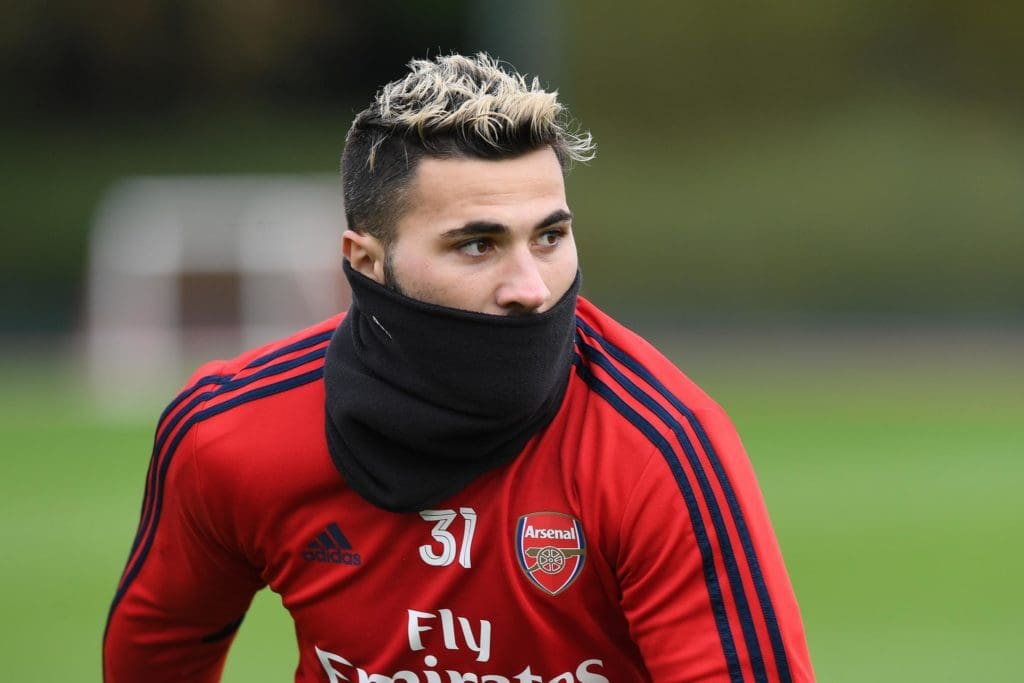 According to Gazzetta_it via @Sport_Witness, it’s been stated that Italian side AS Roma have channeled their attention to Arsenal’s left-back Sead Kolasinac.

It was claimed that the Italian club side have been following the player’s progress for a couple of seasons now.

AS Roma’s interest in the Bosnia international defender had added to the number of suitors who have been monitoring his situation at Arsenal, with ‘KICKER’ previously reporting about Schalke’s interest in resigning their former left back for a fee around €20million.

It was claimed that the Bundesliga outfit had already informed his agent over a summer move for the experienced left-back who joined Arsenal as a free agent.

He is heralded as being one of the strongest defender in the Premier league. His pace, low cross, strength and one-on-one marking are what makes the Bosnian a difficult opponent.

Since Arsenal signed Kieran Tierney from Celtic for a fee around £25million last summer, Kolasinac have had to play second fiddle to the Scottish international left back on most occasion when both players are fit.

Though both players have struggled for fitness thus far but Tierney have been the preferred choice since joining Arsenal.

As the club plans to overhaul the team and reinforce it with quality players through players’ sale, Sead Kolasinac have been rumoured to be among those that might not feature with the Gunners next season.

His three-year spell with the Gunners looks to be coming to an end, quicker than expected.

With AS Roma and Schalke registering serious interest in his services, an agreement over his wage package might hinder the progress of the deal, as both clubs are reluctant to match his current wage package at Arsenal.

As reports has claimed, both clubs will be hoping the Bosnian can accept a pay cut or Arsenal might accept a loan deal with an obligation to make it permanent next season.

Chelsea Transfer Roundup: Chilwell Signed, Silva can be a key, Havertz closing in
OFFICIAL: Chelsea announce the signing of Malang Sarr
To Top