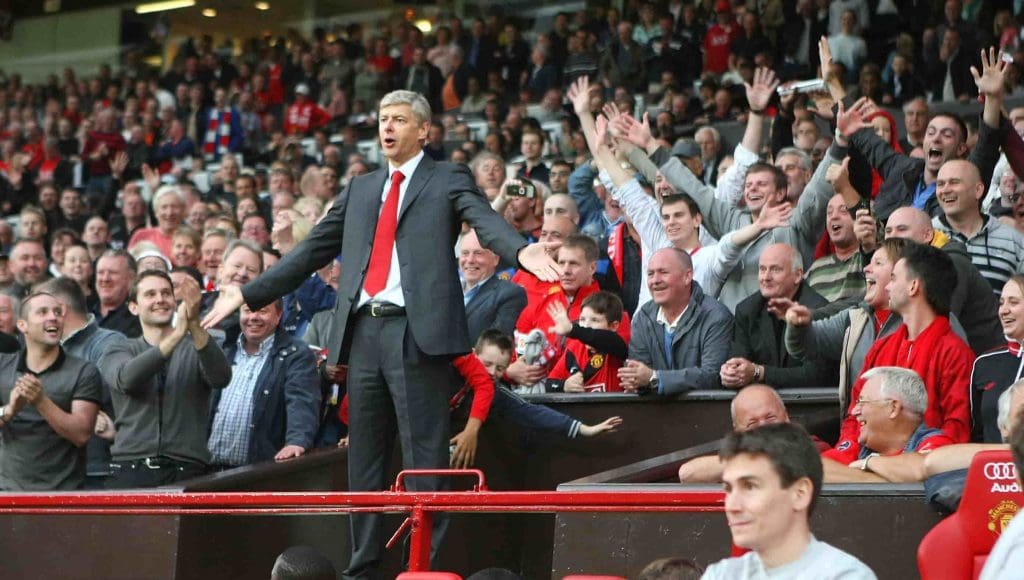 The rumours are heavy; the chances too. Arsene Wenger may be seen back in the Managerial position after he was sacked in 2018 by Arsenal. This time it will be a different Red jersey that he’ll try and play with. With Manchester United not being at their best and speculations of Ole being sacked, Wenger has come in as a surprise element.

The former Arsenal coach has spoken about his revival to managerial position and has not discarded the option of joining Manchester United. In fact, he has agreed to the fact that he would like to join the Red Devils.

Speaking to beIN Sports on punditry duty, Wenger said: “Manchester United is a dream job for any manager. At least, any manager with courage and confidence. Yes, they need – in my opinion – four first team players. But around those players, I see a squad that is capable of challenging. They aren’t as far away as people think.”

“The team have no pattern of play, no pattern of pressing. There is a team there, but it needs to be coached and developed. Like I said, four players and they can be challengers. For everything,” the three-time Premier League winning manager added.

On being questioned whether he would seriously consider replacing Solskjaer, Wenger said: “Like I said, Manchester United is a dream job. For any coach. I have confidence, I have courage…and you’re right, I have ideas.”

The all time Premier League rival of Alex Ferguson surely wants to get back into business and if it takes Manchester United to coach to, so be it. Though the chances of him joining United are bleak but if he does, he surely can turn the tide in favour of United.

Has the transfer rumours declined Christian Eriksen’s performance?
Harry Kane in Man United would be great for Southgate
To Top