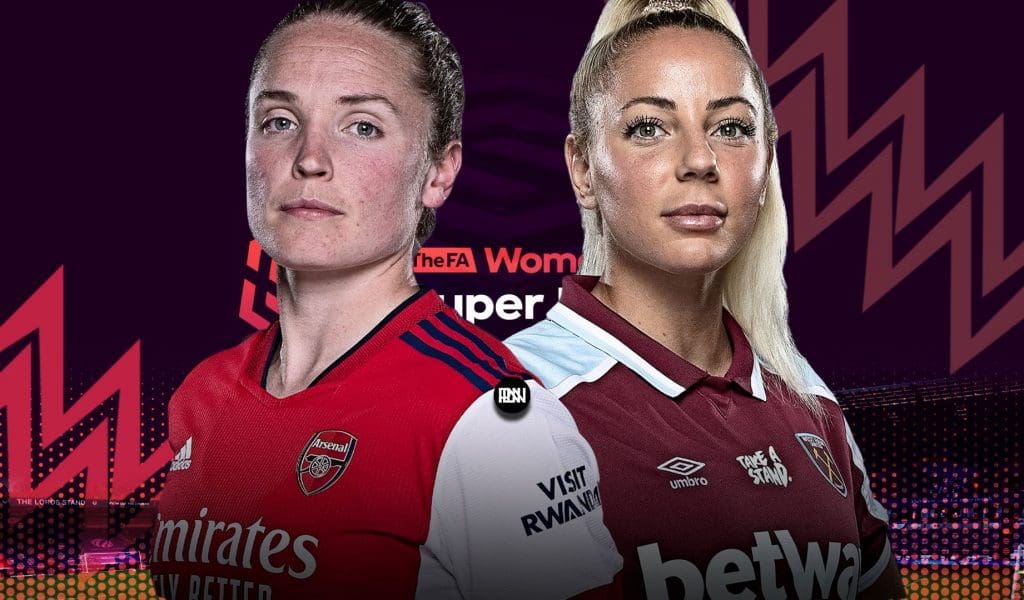 Arsenal Women will face a West Ham Women side who haven’t been that bad this season, with the Irons stunningly beating Manchester City 2-0. However, with the Gunners’ still unbeaten in the WSL, it will be extremely difficult for West Ham to beat them, especially when they’re at Meadow Park. Arsenal are on form right now, with wins against Chelsea Women, Hoffenheim Women, and Manchester City Women making them the WSL title favourites, so they won’t be easy to beat.

As mentioned earlier, West Ham has had a mixed start to their season, with the East London side finding themselves in sixth place in the top flight as they seek to improve on eighth and ninth-placed finishes in the last two seasons. However, they haven’t been as bad as some people thought they would be, with results against the likes of Aston Villa and Manchester City.

Arsenal have been amazing this season, (as also mentioned earlier) with the Gunners being on top form, and not losing to any team barring Barcelona (who are arguably the best in the world right now). However, the Gunners have started to seem more consistent in the way they play (no matter the opposition), which has been shown on the pitch as high pressing fluid movement.

Jonas Eidevall will have had his motivation increased after making his way to his first-ever final with Arsenal, and will be looking to continue his winning streak with Arsenal. Eidevall will be excited with the final in his mind, and so will probably show that excitement on the pitch. And this quote really sums up what I’m trying to say, it’s also funny, so I’ll share it. “The closest I’ve come to being at Wembley was when I bought tickets for Adele a few years ago but then my wife and I couldn’t go. I’m definitely going this time!”

West Ham manager Olli Harder will look to bounce back from a poor result in his last WSL match, but it goes without saying that a win against a team as good as Arsenal will be extremely difficult for them to manage.

Malin Gut is unavailable due to a long-term injury.

AH YES! Vivianne Miedema, arguably the best striker in the world, and Tobin Heath, arguably one of the best wingers in the world. So, together, they create one of the most lethal attacking forces in the world. With the likes of Beth Mead and Nikita Parris being available for that left-wing spot, Arsenal’s attack is dangerous, and West Ham certainly are scared.

But so far, we’ve only seen individual brilliance from each of them, and not any goals which they’ve collaborated on together. But I think this may be the match where that all changes. Both Heath and Miedema were rested against Brighton, and I think that could give them the energy they need to put in a world-class shift against West Ham.

Tough Timing for the Hammers?

Recently, West Ham have been quite a force to be reckoned with, as they’ve picked up over the likes of Manchester City and Aston Villa. It’s clear that the Hammers want to establish their current position in the WSL before they face the big 3, which is why I think that it’s so unlucky that they face Arsenal right in the middle of a run of easier fixtures.

However, you have to look on the flip side of the coin and realise that this could actually be good for them, as they are going into the match with confidence. Apart from the fact that this is a London derby, it’s also a chance for West Ham to prove that that win against Man City wasn’t a fluke result.

What? Didn’t I literally just say that Tobin Heath and Vivianne Miedema were about to “put in a world-class shift against West Ham? ” Well, yes, but I think that it’ll only be possible because of Kim. And if Tobin and Viv don’t play together, Kim Little will still be a vital part of the squad. Eidevall may rest those two, but resting Kim is a dangerous game. Kim Little is basically like Arsenal’s oxygen. Sure, you might notice how great it is every once in a while, but if it isn’t there when you need it, you can be in a very sticky situation.

Yui Hasegawa. I think before I jump into how much of a great signing she’s been for West Ham, I need to talk about why I didn’t pick someone who’s looking to prove a point, namely, Lisa Evans.

Firstly, I’m not even sure if Lisa will be allowed to play. I mean, she’s on loan from Arsenal, so she probably won’t. She also hasn’t played many matches this season, so even if she wasn’t on loan from them, I doubt she’d play. So, now, let’s talk about the Japanese international that Arsenal refused to tag in their instagram post.

Hasegawa is the Mana Iwabuchi of West Ham. Apart from the obvious comparisons, (they’re both Japanese, they’re both footballers), they’re both players who are (or were for Mana) too good for their clubs. Mana was way too good for Villa, and Hasegawa is too good for West Ham. She’s going to make an upgrade to another WSL team (my money’s on Everton) and is just using West Ham as a stepping stone. Why am I so confident? Well, the fact that she had a 0.4 (recurring) goal contribution ratio for AC Milan says enough.