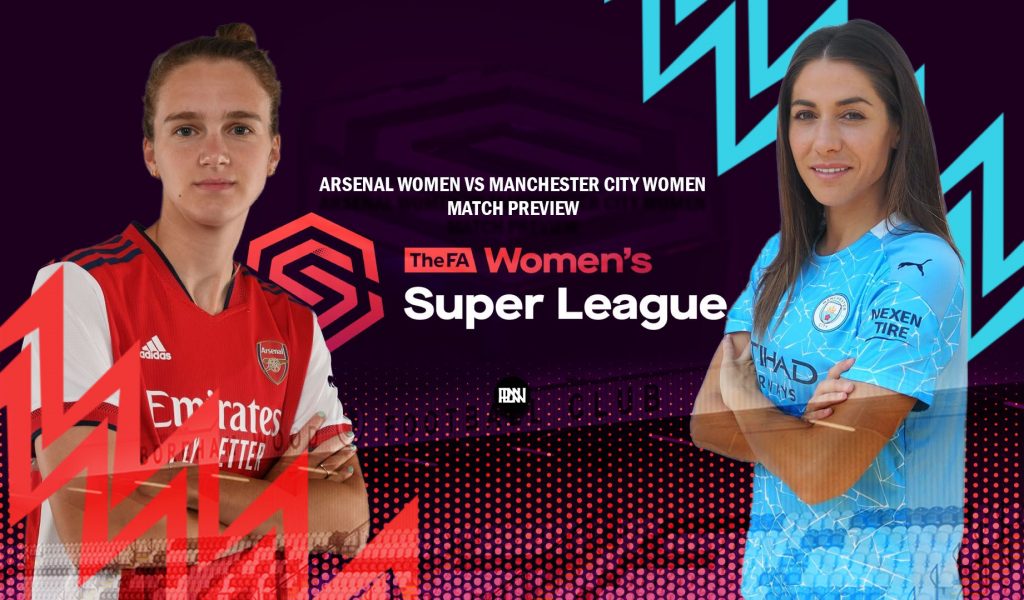 Arsenal will be looking for another win on the board against a weakened Manchester City team, with a few key players out for the Cityzens. The Gunners have started the season on fire, securing their Champions League spot, and are currently sitting 2nd in the WSL table, and with world-class winger Tobin Heath available for selection they may be in the upper echelons of the table for quite a while. Arsenal are currently on a 15 match winning streak, which includes an incredible goal-scoring tally of 59.

Man City have lost their last 2 matches, to Tottenham and Real Madrid respectively. They’ll be looking to get into the top half with a win against Arsenal. Gareth Taylor has to start thinking about his squad selection up top, and with Ellen White in a goal drought, it may be time to drop her. The two teams will both be looking for a win on the weekend, but for very different reasons. Man City have a history of beating Arsenal, can they keep it up?

Jonas Eidevall may give some of the international players a break, and with the squad depth the team has, he has the ability to. With the fixture coming just five days after the international break came to a close, we may see the likes of Tobin Heath, Beth Mead, and Leah Williamson start on the bench to manage workload.

Gareth Taylor may be turning to his academy squad, with a few injuries being suffered during the break. The manager infamously stated that their academy players weren’t good enough following their defeat to Real Madrid in the UWCL which saw them knocked out of the prestigious competition.

MUST READ: What does Tobin Heath bring to Arsenal?

Viki Schnaderbeck and Malin Gut will likely continue to serve the sidelines with knee and ACL injuries respectively. Jordan Nobbs, Caitlin Foord, Noelle Maritz, Frida Maanum, and Tobin Heath are all available to play on Sunday vs Manchester City, with all 5 recovering from injuries.

Steph Houghton is a doubt for the visitors, after having to withdraw from the England squad, as well as Esme Morgan, Hayley Raso, and Caroline Weir also missing out on representing their countries during the international break. Karen Bardsley is also yet to feature in this campaign after injuring her hamstring, while Lucy Bronze, Ellie Roebuck, Keira Walsh, and Chloe Kelly remain longer-term absentees.

Another winner at City’s expense?

After the controversial late winner two weeks ago which put Man City 2-1 down at Spurs, manager Gareth Taylor was facing some serious criticisms, after losing 2 matches on the bounce to weaker sides. The former Manchester City centre back admitted that his side needed to put their chances away and needed to be better. Arsenal will be looking to end their losing streak against City and may do so.

However, in February, Hemp’s header (which was a late goal in itself) saw City become the first away side to beat Arsenal in more than a year. Ellen White was on the scoresheet for the fourth match in a row with a finish off the bar. The Gunners got one back just before the hour when Caitlin Foord finished off a swift counter, but Hemp was on hand late on to earn City a sixth win on the spin.

Manchester City head into the game in disappointing form, having fallen to successive home defeats to Real Madrid and Tottenham Hotspur. On the contrary, Arsenal are in second place with a 100% record from opening WSL games, a 3-2 win over Chelsea, and a 4-0 triumph at Reading. The Gunners also reached the inaugural group stages of the Champions League, having negotiated the qualifying rounds with convincing wins over Okzhetpes, PSV, and Slavia Prague.

Man City’s defence has been completely shattered, with 5 out due to injury, After an own goal against Spurs, and with Arsenal’s attack being well stacked, you can see a few goals, and not for the Citizens.

New Arsenal signing Nikita Parris may be extremely valuable on the weekend against her former club. Described by teammates as down-to-earth and has exceptional gifts which are framed by a fierce determination and a maturity that you cannot teach. The right-winger will be looking to beat Fran Kirby to 50 WSL goals, and a goal or two at the weekend would secure that feat. And with her wit, natural goal-scoring ability, and fast-moving feet, Manchester City will have a hard time stopping her.

With Manchester City’s defence out injured, third-choice goalkeeper Karima Benameur will have to make some key saves to keep the sky blues in the match. At 32, Benameur is approaching her dusk years in the game, with her professional career starting back in 2005. The former PSG shot-stopper joined Man City in 2019 and has played 7 matches to date.