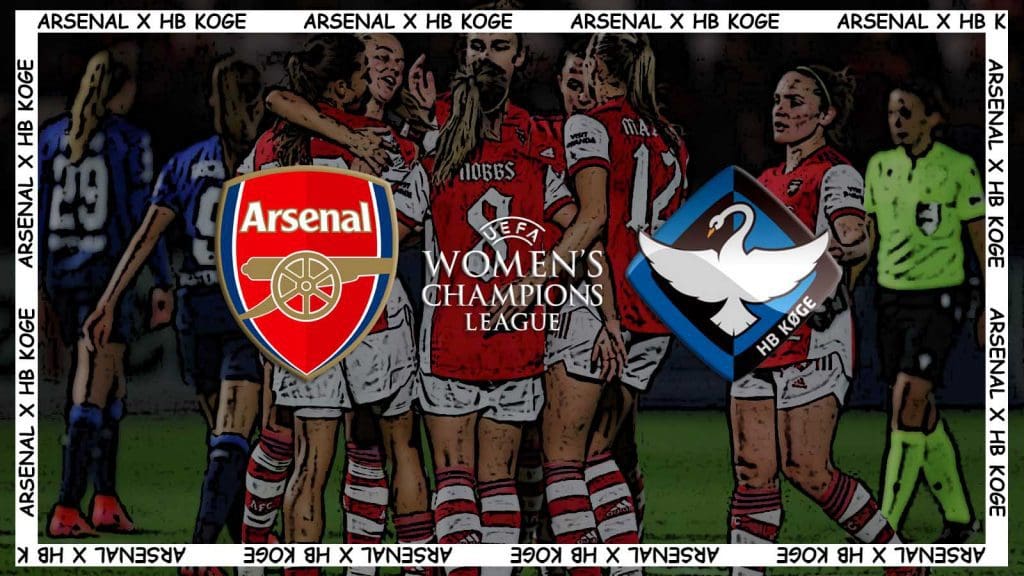 Arsenal Women and HB Køge Women are going to go face to face in UEFA Women’s Champions League group stage game. The hosts are currently top of the WSL, and have gone unbeaten in the competition this season. The visitors have done the exact same thing, but are a bit further forward in their season. However, Køge are still aiming for their first points of the group stage, after losing their opening three games to Barcelona, Arsenal and Hoffenheim. On the other hand, the Gunners have only lost to Barcelona, sitting second in the group.

Køge have had a great start to the season domestically, but Søren Randa-Boldt’s side will want to push on this season on the European stage. They have conquered Denmark, but are now setting their sights on conquering Europe. But first, they’ll need a stunning performance at Meadow Park.

Arsenal have been brilliant so far, with 2 wins out of 3 so far in the competition. However, they’ll want to show dominance in the WSL and push on in the Champions League. Many Arsenal fans are aware that they shouldn’t win the Champions League this season, but in a few seasons’ time, they will be at the top and want to fight for the title of Europe’s best.

Eidevall left out a few players against Tottenham, but that was mainly due to resting the likes of Tobin Heath and Jen Beattie. He’ll either experiment, as the Gunners did beat this team 5-1 a few weeks ago, or want to get back to winning after a draw against Spurs.

Søren Randa-Boldt will be playing Køge’s strongest team, especially a loss here would mathematically rule them out of the knockout rounds. It’s a big game for the Swans, and they’ll look to grab it by the scruff of the neck.

Malin Gut remains injured for the Gunners, and her teammate Leah Williamson has also been ruled out with a “significance hamstring injury”

Why is Beth Mead thriving?

Beth Mead. I’m sure she wouldn’t mind me saying this, but in recent seasons she has been… well, average. But she has impressed this season, and has massively improved her game under Arsenal’s new manager, Jonas Eidevall. Find out the main reason why, below.

There are many potential reasons for this (which I theorised in an article you can read about here), but an obvious one is her underutilisation under Joe Montemurro. I say this because Montermurro relied on Miedema more, which gave Beth a subpar role in the side.

However, with the England international getting more of the ball, she’s being allowed to freely experiment, which has resulted in her playing better football. She’s been allowed to have that creative freedom, whether that be on the left or the right. She’s carried that into her England matches, and I think, even if Eidevall leaves tomorrow, it’ll be something that becomes part of her playstyle.

However, despite that, I’ve still got to go for Viv. Vivianne Miedema is a brilliant footballer, and even when form isn’t on her side, she can still pull brilliant performances out. She steps up when the Gunners need it, and after Leah Williamson’s injury, I wouldn’t be surprised if Viv saved the day like she did against Spurs.

Arianna Romero is a player that has been around the block, as she’s played in America, Australia, Norway, Iceland and now, Denmark. She is a brilliant defender, and after Køge‘s shambolic performance last time out against Arsenal, they’ll need to rely on her heavily.